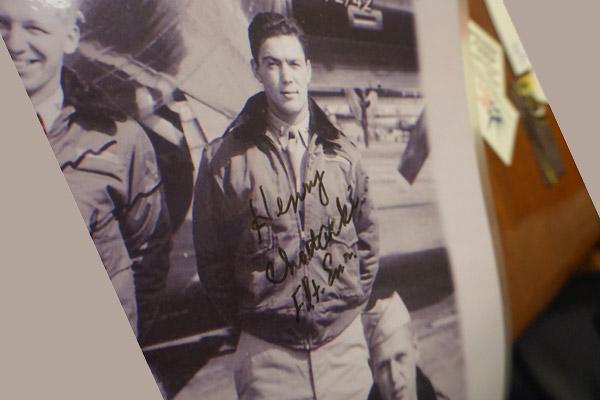 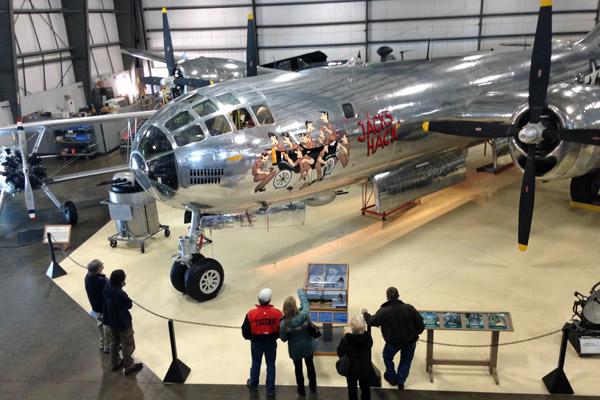 At 100, Mountain Home veteran looks back on service 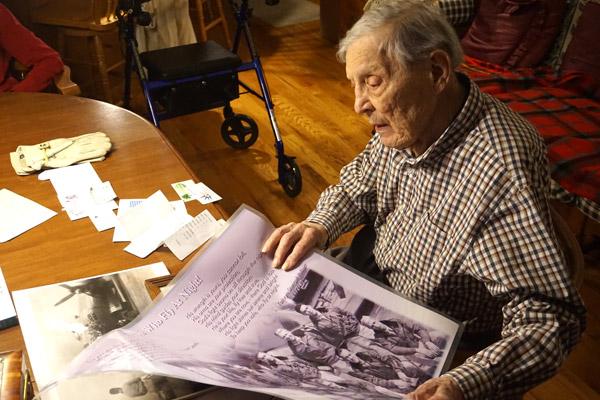 Aprille Hanson
Henry Chodacki, a parishioner at St. Peter the Fisherman Church in Mountain Home, looks at a photo of himself (top left) and fellow airmen from World War II. He celebrated his 100th birthday in August.

Aprille Hanson
Henry Chodacki, a parishioner at St. Peter the Fisherman Church in Mountain Home, looks at a photo of himself (top left) and fellow airmen from World War II. He celebrated his 100th birthday in August.

Thank you for serving

MOUNTAIN HOME — Upon graduating from mechanic school at Chanute Field in Champaign County, Ill., U.S. Army Air Corp flight engineer Henry Chodacki and his buddies had hoped to be sent to Pearl Harbor.

“One of them had a brother that was stationed there. So they were looking forward to having a good time,” said his wife of 47 years, Lea Chodacki. Instead, they were chosen to stay and teach.

On Dec. 7, 1941, 2,403 Americans were killed after the Japanese attack on Pearl Harbor and the United States entered World War II.

“He didn’t get to go to Pearl Harbor. It turned out to be a good thing,” she said.

Chodacki, a parishioner at St. Peter the Fisherman Church in Mountain Home, celebrated his 100th birthday Aug. 16. About 200 people celebrated his life Aug. 17 at a birthday party in the parish hall.

While a century of life has taken its toll, Chodacki is quick to flash a smile and point out his fellow airmen.

“He’s the best looking,” he laughed, pointing to himself, a handsome dark-haired man of just 21 with a slight smile.

He was the flight engineer for “Jack’s Hack,” a Boeing B-29 Superfortress. A WWII-era B-29 painted to replicate “Jack’s Hack” is now on display at the New England Air Museum in Windsor Locks, Conn. He enlisted in 1940 and was discharged in 1946, though he served in the active reserves until 1950, according to his military biography on the museum’s website, neam.org. He was a member of the 794th Squadron of the 468th Bombardment Group, part of the 20th Army Corps 58th Bomb Wing.

“That was the biggest one they had,” Chodacki said of the B-29.

The Superfortress model would go on to drop atomic bombs on Hiroshima and Nagasaki.

He went on 16 missions, bombing runs, and seven hump missions. As part of the 11-man crew, he was responsible for the engines, fuel levels and how the plane was flying, the altitude and speed, an important task for a plane with a 20,000-pound bomb load that could reach up to 365 mph. The hump missions meant flying through thick clouds over the eastern end of the Himalayas to transport supplies from India to China.

During the Korean War, he was responsible for research and development for new airplanes, making sure they’d stand up to various altitudes and weather. According to his military biography, he received a commendation for the “quickest development of a U.S. aircraft (B-47B) for approval to enter service.” He also received several medals, including the Presidential Unit Citation.

Chodacki’s experience led to a successful career working as a facilities engineer and management for large companies like Honeywell.

Both were born and raised in Chicago, but the two didn’t meet until much later at a party in Minnesota.

They moved to Mountain Home in 1993. The two would often dance at the local Elks Lodge, winning countless competitions.

“Every chance I could get,” Chodacki said of when he’d dance. “12 hours or three, just a matter of occasion.”

The couple has been faithful parishioners of St. Peter Church, choosing not to sit in the handicap pews despite Chodacki’s age.

“No why would we be? We were healthy people,” Lea Chodacki smiled and laughed.

Chodacki has been a longtime member of the Knights of Columbus and they attended daily Mass up until September, after a car accident has caused the couple to rely on others for transportation.

“We have a nice couple that pick us up for Sunday Mass, but we aren’t able to go every day like we used to,” she said, adding that their Catholic faith has always been “very important. I don’t know how we’d ever manage without it. We pray every day, and God blesses us.”

There were 11 members of the B-29 Jack’s Hack crew. An earlier version of this article incorrectly stated the number of men on the crew. This article has been updated.

Thank you for serving