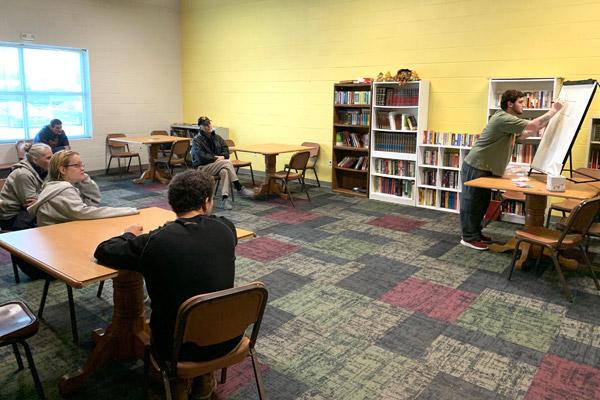 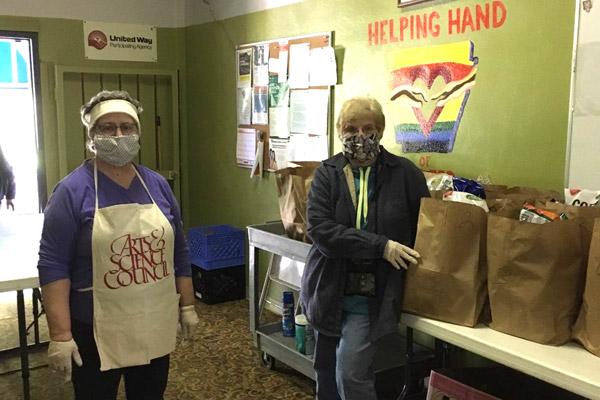 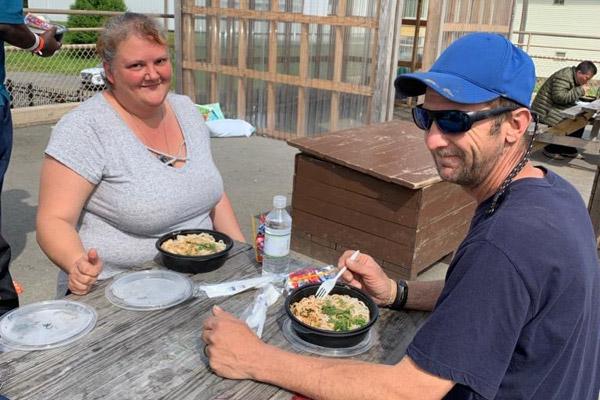 On a typical day at Jericho Way day resource center for the homeless in Little Rock, 150 people may pass through for a meal, job application help, housing assistance or a hot shower.

Since the COVID-19 outbreak, the needs have not gone away, but the process has evolved. Outside the building, portable toilets are set up along with a donated hand-washing station, phone charging stations and extra picnic tables for spaced out meals.

“We have people out there right now that are 80 (years old). It’s insane, but it’s true, who are living on the streets and have no access to health care. If they are tested positive, what would their outcome be? The cards are stacked against them.”

For Jericho Way and other facilities that assist the homeless and social services, including food pantries and monetary assistance programs for the poor, the impact from COVID-19 has been immediate, but all have committed to continually serve the most vulnerable.

In February, Helping Hand of Greater Little Rock served 494 new clients, coming to pick up groceries. They stopped tallying those who came in March, but executive director Gayle Priddy said there’s been an uptick from the norm. Typically, those who come for groceries or clothing and diapers from the thrift store, come into the building, but no identification or paperwork is ever requested. Because the thrift store is closed, minus a few emergency donations for clients in need, clothing donations are on hold, Priddy said

On April 6, a table was put across the front door and no one besides the three paid staffers and about three to five volunteers, who wear masks and gloves, can come inside, down from the usual 15 to 22 volunteers. Priddy said despite public hoarding of food, “we’ve been blessed” to still provide meat and fresh produce for those who need it.

“I’m doing OK right now on food. Catholic High School had given us some during Catholic Schools Week and the Mount (Mount St. Mary Academy) from November, but that’s getting very low,” Priddy said, adding, “The best thing would be monetary donations because I hate for people to go out” and shop, putting themselves at risk.

In the 50 years since Helping Hand started, Priddy said they’ve always focused on prayer. Like recently, when four of their six freezers were empty, she prayed for assistance and 11 pallets of food came from the Arkansas Foodbank.

“I’m a little nervous, but we’re blessed here,” said Priddy, a parishioner at Immaculate Conception Church in North Little Rock. “It seems the more we give, the more the Lord blesses us.”

Mike Glancy, president of the Sts. Anne & Joachim Society, one of the eight state conferences of the Society of St. Vincent de Paul that covers North Little Rock and Sherwood, typically meets with fellow members twice a month to discuss assistance for bills, primarily rent and utilities, to those who request it. Based at St. Anne Church in North Little Rock, two volunteers typically meet the clients for a home visit before offering assistance, something that is now done over the phone.

“When they do the home visit you know we like to pray with the people; we tell them about St. Vincent de Paul and what we’re about and get their story,” Glancy said. “You don’t really get that two-on-one interview and hear the story. It’s not nearly as personable doing it this way. It’s harder to do a prayer with someone you’re not physically there with. And the communication between the people is just less. It’s not as good as what it needs to be.”

The volunteers now use GoToMeeting to meet virtually. Glancy said despite the increase in job loss and economic downturn, they have not yet received a deluge of calls, but most calls have been for rental assistance.

In an April 7 Arkansas Democrat-Gazette article, Gov. Asa Hutchinson said he was not ready to order a moratorium, or prohibition, on eviction notices, relying on a “practical moratorium” with landlords giving tenants appropriate accommodation during this time. In 2019, Arkansas became the only state to not ensure safe, habitable housing for renters when HB1410 did not pass the legislature.

“Some of them I know have been laid off or their hours have been cut,” Glancy said.

In Fort Smith, Deacon Greg Pair of Immaculate Conception Church, runs the Pantry of St. Veronica, which is stocked with toiletry items, and St. Anne Society, that helps clients with a once-a-year assistance toward utility or rent payments. They have about $10,000 a month to distribute to those in need, thanks to church and private donations. A client can request assistance up to three times. Both ministries and several other social services throughout the city, including legal aid and HUD housing, are based at the Riverview Hope Campus, a homeless shelter that provides long-term and emergency shelter, as well as meals.

“I actually have that money right now. But I don’t have that reserve. The board has set a limit when we hit it we have to stop,” Pair said.

While they accept 100 people a week to discuss assistance, everything has switched to phone communication. They were down in calls during March, at about 50 to 75 versus 150 typically. He assumed it had to do with federal stimulus checks, part of federal assistance due to the outbreak, deposited recently for those who have filed a tax return in the past two years.

While the St. Anne Society is still operating remotely, because the Hope Campus is closed to most outside visitors, the Pantry of St. Veronica and other tangible services within the building are stopped.

Chris Joannides, director of Riverview Hope Campus in Fort Smith, said March 17 they went into semi-lockdown. The homeless are no longer allowed to come and go, unless there’s an important reason, including a doctor’s appointment or to work, with 17 residents having full-time jobs. The campus capacity is around 105 and as of April 15 there are 65 homeless residents, all 18 years or older, at the campus, with three added April 14, Joannides said.

In a letter sent in March, protocols were explained, including cleaning door handles, tables and any common contact areas every couple of hours. The 11 staff members are wearing masks and masks are given to residents if they have a cough or display other notable symptoms.

“One of the crushing things for us is our feeding program, just for the fact that our dinners are usually prepared and cooked by church volunteers,” with about 25 different churches rotating preparing the three meals, none of which are able to assist at this time due to safety precautions, Joannides said. Residents have chipped in to help as well as staff and meals are served to-go or outside. Recently, 75 showed up for dinner, down from the usual 125.

Though Jericho Way, run by the Catholic nonprofit Depaul USA, is not a shelter, it provides daily resources for the homeless in Little Rock, including showers, laundry and meals.

“We are definitely essential for the people who depend on these services. The homeless population, they use our address, we have to stay open to receive mail,” Davis said.

The center has kept their normal hours. All nine staff members and Daughters of Charity Sisters Nancy Cassidy and Mary Powers are still working and wearing masks, gloves and even gowns for laundry care. Temperatures are being taken for staff and clients.

Open Hands medical clinic, run by Pine Bluff-based Jefferson Comprehensive Care System, is still operating out of the building’s basement but is only doing COVID-19 testing if a homeless person or rehab patient has symptoms. The homeless are being rotated with the four shower stalls, about 30 a day, down from 60. They are not taking clothing donations now, but are still giving out clothes in emergencies.

“If they show up barefoot, we’re going to give them shoes,” Davis said.

“We’re really begging folks to wear masks. We’ve got a lot of cloth masks donations,” Davis said, and have handed two out to each person who will take them.

While case managers are still meeting at a distance with clients outside, helping put people in housing has been suspended. And financially, because of the unexpected costs, like portable toilets and to-go trays, monetary donations are needed.

She has not met directly with any clients who have tested positive for COVID-19, pointing to the fear surrounding those sheltering together. She pointed to the partnership in Tampa, Fla., when Catholic Charities donated tents to the city to help keep the homeless distanced.

“I think Arkansas might need to wake up to the idea that living in shelters is a huge problem,” Davis said, adding that “homeless folks have those pre-existing conditions oftentimes because they haven’t had access to health care … they are three times more likely to die of COVID-19 than someone sheltered.”