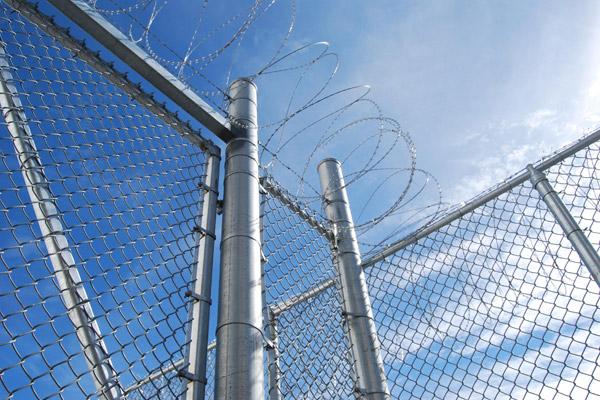 These facilities, prison ministry sites in the Diocese of Little Rock, reported total COVID-19 positive test results to the Arkansas Department of Health as of June 15.

As the world encountered various versions of lockdowns due to the threat of COVID-19, inmates in Arkansas were further isolated, with volunteers, visitors and religious leaders barred from visiting since mid-March.

“We’re praying for them like we’re praying for everyone,” said Father Phillip Reaves, director of prison ministry for the Diocese of Little Rock. “While the volunteers are not able to go in, they have not forgotten them and they are in our prayers in a special way.”

In Arkansas, there are 14 prison units of the Department of Correction, a federal prison, dozens of county jails and other programs, like the Arkansas Community Correction and Arkansas Juvenile Assessment and Treatment Center. On May 22, the department announced the suspension of visitors was extended to July 1.

According to June 15 COVID-19 statistics from the Arkansas Department of Correction (see sidebar) 1,242 inmates/residents of community corrections and other programs have recovered and 543 inmates/residents have not recovered. There have been 11 deaths, 10 at the Cummins Unit in Lincoln County, according to a June 15 Arkansas Department of Health report.

“They live in such close quarters, when something goes in it just goes everywhere.” Father Phillip Reaves, diocesan director of prison ministry

Only staff chaplains have been allowed to minister to inmates with the Department of Correction and there are no Catholic chaplains on staff in the state. Father Reaves said a handful of priests throughout the state visit inmates in areas like Pine Bluff, Newport, Brickeys and Calico Rock. Msgr. Jack Harris has visited death row inmates for several years. About 10 lay Catholics regularly participate in prison ministry under the diocesan ministry office.

Five inmates were in formation to join the Catholic Church, including one baptism and a profession of faith.

“I was planning on bringing them into the Church the week of Easter,” Father Reaves said. “They have completed (formation classes), they may have had one or two classes to go.”

He spoke to inmates as a group the last time he was able to see them, realizing that COVID-19 was likely to hit the prisons hard.

“They live in such close quarters, when something goes in it just goes everywhere. One of the guys said, ‘Well I figure I’ll probably get it, but about 2 percent die, so I think I probably have a good chance.’ He’s been there quite a while,” Father Reaves said.

With the upswing in cases throughout the state, he’s less optimistic about going back soon, initially hoping they’d be able to go back by mid-May.

“They gave me a hope in July we’d be able to start going back, but since then there’s been an increase, so I don’t know,” he said.

Sharon Robinette, a parishioner at Christ the King Church in Little Rock, started out in the ecumenical Kairos prison ministry in 1994, became a certified religious assistant in 2009 and a denominational chaplain for the past seven years. As a volunteer, she works under the diocesan ministry and an on-staff chaplain with the Department of Correction, visiting the Hawkins Center and Wrightsville Unit in Pulaski County twice a week and teaching a class on employment and career preparation. She also attends Masses.

“I don’t think I was surprised, it was just everywhere,” Robinette said of the shutdown. She last visited March 12. “I miss the people. I’ve talked to the chaplain I work under several times and just yeah, I miss them.”

Sharon Robinson and her husband David, parishioners at St. Cecilia Church in Newport, have been involved in prison ministry for about 10 years. They visit the McPherson women’s unit and occasionally the Grimes men’s unit, both in Jackson County, along with pastor Father Stephen Gadberry.

Throughout their ministry, the Robinsons have sent spiritual readings and religious material, which is especially meaningful now to help “fill their day with the Lord,” she said. They exchange letters with some of the women they’ve grown close with throughout the years.

“They just mention they’re having to wear the mask, like us all, they don’t care for that. A lot of them are in quarantine; emotions are high there, it’s just a tough time for them especially because they don’t have that opportunity to move about freely as a free world person would,” Sharon Robinson said, adding that they need prayers. “It’s very tough. They become your friends. You’re just put off from your friends and your desire to share the Lord with them. And I know they’re struggling with quarantine and such. It’s tough not being there for them.”

Father Gadberry said prison ministry is “extremely rewarding and fulfilling, but quite taxing spiritually, emotionally, psychologically,” but also “encouraging and rejuvenating because of their hunger and desire for truth. They’re generally appreciative of everything we give them.”

“It’s hard to not be able to minister to them because I know they need it,” he said, also understanding it’s out of his control, “which gives me a sense of peace in the midst of the storm. I know the Lord particularly takes care of us during things that are out of our control … I know the Lord’s grace is abounding.”

These facilities, prison ministry sites in the Diocese of Little Rock, reported total COVID-19 positive test results to the Arkansas Department of Health as of June 15.