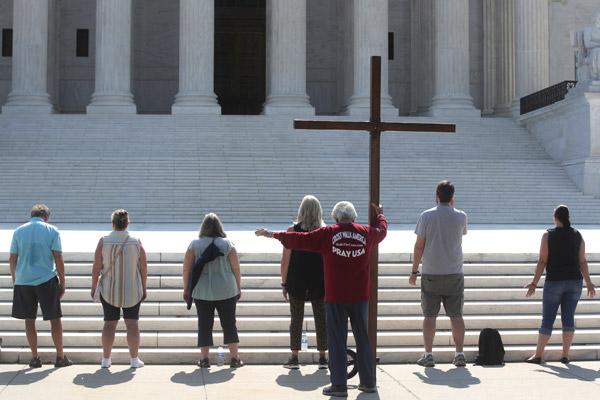 WASHINGTON -- Catholic leaders were closely following the decisions in late June and early July from the U.S. Supreme Court that affect the Church and religious liberty.

Just an obligation? Use pandemic time to reflect on hunger for God

What does obligation mean in a time of pandemic? As Catholics we quickly associate this word with participating in Mass on Sundays. People have often debated such things as how late you can arrive and it still “count.” What does this concept mean during an extended period when the obligation has been lifted? Is it simply a matter of not needing to confess missing Mass right now? (Understanding our Church, Seeds of Faith)

Next month marks not only the 75th anniversary of the end of World War II but also of the atomic bombings of Hiroshima and Nagasaki. From the very beginning, nuclear weapons have been controversial. (Faith Alive, Seeds of Faith)

Andy was my sister’s friend and I’d see him from time to time when I came home from college. Nice kid. (Columns)

As stewards, a special responsibility to give

Crises are accelerators: They take established patterns and speed them up. (Guest Commentary)

The Associated Press published a story July 10 that claimed the Church “used a special and unprecedented exemption from federal rules to amass at least $1.4 billion” in federal loans. (Editorial)