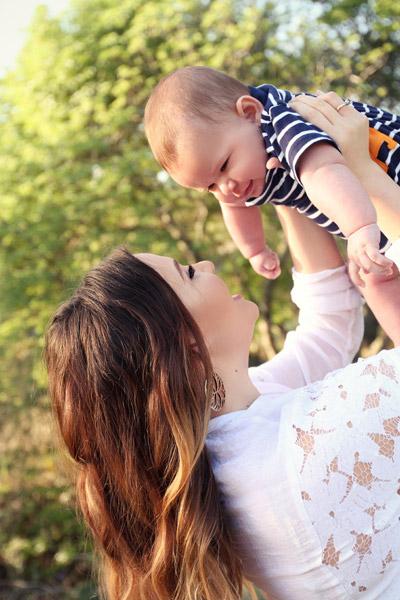 CNS / courtesy Rebekah Chaveste
Rebekah Chaveste, who had successful RU-486 reversal after taking the pill at a Planned Parenthood clinic in San Francisco, plays with her son, Zechariah, in March 2014. Chaveste took advantage of a then-new medical protocol that has enabled more than half the women who used it to stop the chemical abortions caused by the drug RU-486. Zechariah was born as a result.

CNS / courtesy Rebekah Chaveste
Rebekah Chaveste, who had successful RU-486 reversal after taking the pill at a Planned Parenthood clinic in San Francisco, plays with her son, Zechariah, in March 2014. Chaveste took advantage of a then-new medical protocol that has enabled more than half the women who used it to stop the chemical abortions caused by the drug RU-486. Zechariah was born as a result.

According to the most recent statistics from the Arkansas Department of Health, in 2019 there were:

Arkansas Pregnancy Resource Center in Little Rock became the only pregnancy resource center in the state to offer a woman who has taken a chemical abortion pill a chance to change her mind and save her child this summer.

The abortion pill reversal protocol is another way the Catholic-operated center can promote the sanctity of life. APRC received the authorization letter from Heartbeat International July 13 to offer the reversal medication, 400 milligrams of the hormone progesterone.

“What our goal is that we would like to have, and we do currently have, is the first dosing of the progesterone here in-house. And we’re trying to alleviate any stumbling blocks that would cause one of these women to change her mind,” said APRC executive director Malleson Emmerling. “So once she's decided, ‘OK, I've made a mistake, I want immediate help,’ it has to be something that is quick.”

After Emmerling became executive director last year, the center hired a clinical director, registered nurse Donna Ezell, in October. In May, Dr. Lee Wilbur, an emergency room physician at CHI St. Vincent in Little Rock, was chosen as APRC board president, and Dr. Jennifer Duroy, an obstetrician-gynecologist, also became co-medical director at the center this year.

“It goes back to doing everything we can to protect the sanctity of life from conception to natural death, and this provides us an opportunity to save additional lives. That's really the heart of it. This is what I'm called to do based on my faith,” said Wilbur, a parishioner at Christ the King Church in Little Rock. “And within my ability, we can offer the service within our ministry, and we can meet a need within the community.”

Emmerling said Heartbeat International prefers to partner with pregnancy resource centers, but in Arkansas, the organization was connected with just two individual physicians in the state. This can create delays of about two hours from the time a woman calls to getting information to a medical professional, not including the travel time to meet with a physician and cost for treatment.

A chemical abortion process combines mifepristone, a progesterone blocker meant to kill a fetus, and misoprostol, which makes the uterus contract, forcing a miscarriage in two stages for women who are no more than 10 weeks pregnant. Wilbur said several complications can arise with a chemical abortion, including severe bleeding and the expulsion from the uterus of a child that is still alive. Surgical attention may be required.

The abortion pill reversal protocol uses the natural hormone progesterone to counteract the dose of mifepristone. Wilbur said the protocol has a 67-to 68-percent success rate of a child going to term, and it does not appear to have an increased birth defect rate.

It can also be taken after a second dose of the abortion pill, but success rates have been researched primarily when the reversal is taken after the first dose.

Thanks to pharmacist Lyn Fruchey, owner of Freiderica Pharmacy and Compounding in Little Rock, APRC is able to provide the first dose for free on-site.

The progesterone must be taken throughout the first trimester. Wilbur said the cost of progesterone is generally not a barrier. .

“If this is a matter of ... she desires to do it and money is the only thing in her way, we're going to do everything we can to provide this for her,” Emmerling said throughout the first trimester.

A client is given the first dose at the clinic after an ultrasound and health history. The client then must be seen within 72 hours by a physician, either Wilbur, Duroy or the woman’s own physician, in which case APRC will contact the physician about the protocol. Ultrasounds will be provided once a week throughout their first trimester.

“This not a 100-percent guarantee that the abortion will be reversed; however, it gives them a much greater chance of carrying that baby to term than not having the abortion pill reversal protocol,” Wilbur said.

Since the pandemic, Emmerling said they’ve seen a “steady” stream of cars, many with out-of-state plates, go to the Little Rock Family Planning Services, the only surgical abortion center in the state, down the street. Those early in their pregnancy might choose to go to Planned Parenthood in Little Rock, which provides medication for chemical abortions. She also pointed to the “Plan C” movement, women buying chemical abortion pills online.

This year, the APRC has had 290 client visits, with 66 in June, which is comparable to past years. It has provided 265 ultrasounds and the center knows of 18 women who have changed their mind about having an abortion.

Father Warren Harvey has been named as the center’s spiritual adviser. Emmerling said prayer is vital to the abortion pill reversal, as it’s also “spiritual warfare.”

“We've reached out to several other pregnancy centers, who have been offering this and, their goal, what they want us to know is, ‘You need a prayer team, who the minute she walks in the door, you start texting people and getting them to pray about this’ because they've already kind of put their foot in by taking that first (abortion) pill,” Emmerling said.

According to the most recent statistics from the Arkansas Department of Health, in 2019 there were: