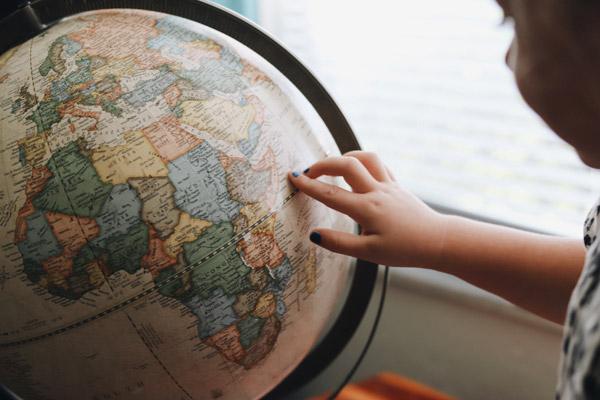 Dr. Melissa Jackson, a clinical psychologist, pointed to organizations and events where people can learn about a variety of cultures, including:

Click here to read about Catholic school teachers who incorporate cultural competency in their classrooms.

Diversity and cultural awareness will be key topics discussed in many Catholic schools as the United States addresses racial injustice. Arkansas Catholic interviewed Dr. Melissa F. Jackson, a licensed clinical psychologist for 16 years, to shed some light on how schools can bring awareness of cultures, prejudice, discrimination and equality.

Jackson specializes in working with children and adolescents with her practice, Lighthouse Professional Clinics in Little Rock. She has worked in multiple roles in the field of psychology, including as clinic director and assistant professor in the Department of Psychology for the University of Alabama. Jackson and her husband Maurice, who attend Our Lady of the Holy Souls Church in Little Rock, are parents of four including a son who died in 2015. Their daughter is a senior at Mount St. Mary Academy in Little Rock.

First, what is cultural competency?

Cultural competency is pretty much just understanding other cultures. Understanding ways to interact with people, ways to communicate with folks because sometimes our nonverbal communication -- we may look at people straight in the eye, directly, some people, some cultures don’t like those types of things so it’s just having the knowledge of understanding other cultures. There are things that you can and cannot do, in relation to disrespecting the other cultures, and then also just being sensitive. I guess that's the first step for being culturally competent … understanding how to communicate with them verbally and nonverbally and just being aware that the shade of glasses that you look through is not always the same shade of glasses that other people look through.

What does that look like in a school setting?

I don't think that this is something that's actually been implemented well, in public or private schools. … Definitely, when the children are young have different types of books that explore different cultures ... My daughter was homeschooled for a while, and I started with world history, just because I wanted her to have a good idea of the world, and then we worked our way down like an upside down triangle, to United States history and then Arkansas history. So she got a worldview. But, like with African American history, obviously it didn't start with slavery. But you have children who pretty much believe that. There’s a wealth of information about African cultures that children are not taught, and that would be something that would benefit not only African American children, but then also children of other cultures.

I think of the prayer for peace, St. Francis of Assisi, one line I really love in this is “Lord, make me an instrument of your peace,” but the part that says “Where there is hatred, let me sow love” and the part, “To be understood, as to understand,” that fits in with cultural competency. It's like, “Hey, I want to understand you. I want to understand more about your background.” So I think from a spiritual standpoint, the Catholic Church, we're everywhere in the world. We have all these different cultures. Just the knowledge we have this great, wonderful diversity within our Church and just sparking that interest in our children and teens and just continually making that something that we discuss.

As a whole, do you think schools are proficient or lacking in cultural competency, both public and private schools?

Overall, research shows the schools are not there. I can only speak about schools in the United States … It's unfortunate also because it makes it difficult for students. It's like when someone says or does things that are offensive to another, it’s unfair to them because they really just didn't know they were not taught that. And even if they're not taught that at home, it'd be great if the schools could fill that hole. Because a lot of our children, they’re in a bubble … they’re probably not aware there are people who are living from check to check and just one paycheck away from being homeless.

What are some examples of important cultural moments in history that students should learn, but are generally not taught their classes?

The emphasis on African American history, things just focused on here, that happened in the United States since slavery. We don't have the understanding of where, I mean African Americans, we originated from Africa. A lot of us are mixed with different ethnicities … I really wish that that was something that was integrated more in Black History Month, looking at African history … Another thing I think that should be taught in the classrooms is a more holistic history of the Latino culture. Of course, we have areas they’re educated about, like the earlier civilizations in South America, and things of that nature, but I don't think we do enough. … And then also Asian cultures.

As a clinical psychologist, in what ways are students affected by what they do or do not learn in school when it comes to various cultures and diversity?

The recent social media posts (on Instagram called @Blackat_____), things of that nature, that's the result of a lack of cultural competency. If parents went to a school and they were never taught these things, now how can we expect parents to teach something they were never taught? Or to avoid saying certain things in the home if they would never taught that something is offensive? … I feel bad for the children, the teens (who say something inadvertently offensive) that end up being harassed or just cut off, everyone just deciding they don't want to be friends with them or anything like that, because it's not their fault.

When we talk about racism, most say that it’s hard to break biases ingrained in the home. How can schools play a role in their curriculum to educate and perhaps break down ignorance?

I think from the beginning our Catholic schools should emphasize this with the parents from the time a kid is in preschool that this (cultural competency) is something that’s going to be taught. Because you do have some people who politically are being polarized and they feel that this shouldn’t be taught, why are we teaching this, this is liberal-like type things or whatever. I really truly believe that if this information is presented to them from a Christian standpoint, using the prayer for peace and just the Bible. The Bible pretty much tells us to be kind and nice to our neighbor. And in order to do that, you have to understand your neighbor. And that's where the whole cultural competency comes in.

Let the parents know that and let the parents know how they can also help their child in understanding. Then I think that the schools would have a better chance … Then also a lot of times, the parish priests have been really good about bringing up social issues. Also I think students should be encouraged to engage in other cultures. Sometimes there are events where different cultures, Indian cultures or Asian cultures, they have an event they planned that’d be great if it could be made into an assignment to go and attend this event … and then it’d be great if the teachers went with them to these events.

What are some steps that educators can take to become more culturally aware?

There’s online training, things of that nature but also think that it’d be great if speakers were invited to schools to just discuss their culture, put a map up and the teachers could actually ask questions and get information from them about what do you think we could add, what kind of wall art we could add to be a reminder about your culture? … And not just the history teachers and civics and social sciences teachers, but everyone needs to understand different cultures because you never know when a child from somewhere else will end up in your class.

What is your hope for Catholic schools, as a parent of a child in Catholic education, when it comes to cultural competency?

My hope is it becomes more diverse and that cultural competency is integrated into the schools. And that information about various cultures is something that’s continuous, from preschool all the way up to high school, to spark the interest of students to want to learn more, to educate themselves more and to expand their knowledge about different cultures.

Dr. Melissa Jackson, a clinical psychologist, pointed to organizations and events where people can learn about a variety of cultures, including:

Click here to read about Catholic school teachers who incorporate cultural competency in their classrooms.

Click for the Catholic Schools Herald, Back to School 2020 index