Church teaching says ‘euthanasia is a grave violation’ against God 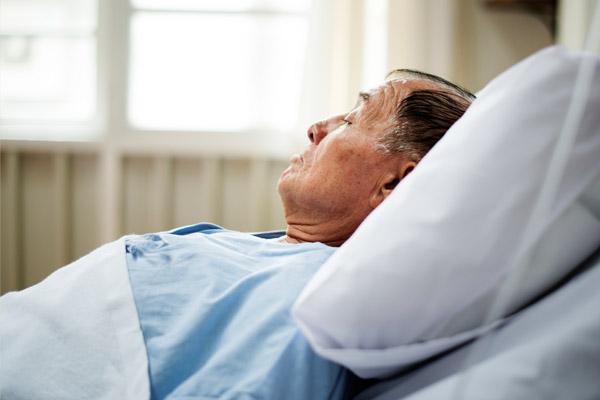 Rawpixel.com
In Catholic teaching, a person has dignity throughout their entire life. When making end of life decisions, it is moral to seek out palliative care and hospice care to ease the burden of suffering, but euthansia and doctor-assisted suicide are never permissible.

Rawpixel.com
In Catholic teaching, a person has dignity throughout their entire life. When making end of life decisions, it is moral to seek out palliative care and hospice care to ease the burden of suffering, but euthansia and doctor-assisted suicide are never permissible.

On Oct. 28, 2017, John Phillips, 55, died of esophageal cancer. It had been a three-year journey, with several rounds of chemotherapy and radiation, doctors’ visits, research and prayer. Six months before his death, he prayerfully chose, along with his wife Catherine, to stop pursuing an unlikely cure, considered a burdensome endeavor when his final months could be spent with his family.

He chose palliative care for months and eventually in-home hospice the final two weeks of his life.

“I watched my husband die, but what I watched him do is live completely in Christ the final months of his life. I watched him turn to Jesus to rely on everything. It is the most beautiful thing I’ve ever seen in my life. It gives me incredible hope for the future,” said Catherine Phillips, director of the respect life office for the Diocese of Little Rock. “...  I really think of my husband as fearless, though I know how hard this was to let go, to say goodbye. He was really amazing in the way he embraced God’s love and we got to see that.”

In following Church teaching in regard to caring for his illness and eventual death, Phillips chose a path of life.

It could have been over quickly. Some people advocate for lethal doses of pills prescribed by a doctor through physician-assisted suicide or through euthanasia, when a doctor or family member ends a patient’s life to stop suffering.

But John would have lost more than his life.

According to Church teaching, it is morally unacceptable to choose euthanasia, death by the hands of a doctor typically, or physician-assisted suicide, death by a person taking their life with prescribed pills for that intention. According to St. John Paul II’s “The Gospel of Life”: “Euthanasia is a grave violation of the law of God, since it is the deliberate and morally unacceptable killing of a human person.”

“These circumstances usually happen when people feel like a patient no longer has autonomy or the patient feels like they’re a burden,” or when even family or the government considers a person a burden, Phillips said.

According to a 2013 Pew Research Center survey just 49 percent of adults disapproved of physician-assisted suicide, while 47 percent approved.

While supporters of euthanasia and physician-assisted suicide tout it as “death with dignity,” Phillips said Catholics can embrace the Church’s teaching on human dignity in that “life is always precious, it is never a burden.”

According to Oregon’s report, the most common end-of-life concerns were autonomy, loss of dignity and decreased ability to do enjoyable activities.

The data points to the risk in a belief that those who are elderly or mentally and/or physically disabled are cast aside as “suffering” from a societal standpoint and deemed unworthy to continue living. Phillips pointed to how many people question a person’s quality of life if they are severely physically disabled or if parents receive an adverse prenatal diagnosis, questioning whether or not to continue the pregnancy because of it.

“If a 50-year-old person dies, they say, ‘Oh, they were so young.’ If my 90-year-old grandmother dies, they say, ‘She lived a good and full life.’ It’s not necessarily wrong, that’s true, that’s great. But we understand life does have a natural end but as people get older, we’re a lot less willing to embrace the way life is in our more senior years,” Phillips said. “... I think that’s where we run the risk of not embracing life in its fullest in every stage and that’s what we’re called to do, is embrace life in every stage.”

While there is grace in suffering, the Church does not require a person to suffer needlessly, spelled out in the morally obligatory and morally optional means of prolonging life. According to The National Catholic Bioethics Center in Philadelphia it’s defined as “the moral difference between what one must do (or omit) to preserve life and what one may do (or omit) to preserve life.” It also explains the difference between ordinary medical procedures, meaning “medical means that are scientifically established, statistically successful and reasonably available,” as opposed to extraordinary measures taken to sustain life.

For patients seeking morally acceptable comfort, palliative care provides pain management during the course of an illness while still being treated. Hospice, both in-home or at a hospital, is the option when you longer try to cure the disease or condition and other problems that arise from it. The resource “Now and at the Hour of Death,” available at catholicendoflife.org, states “the mission of hospice is to celebrate life in the face of death by offering medical, emotional and spiritual support to the dying patient and their loved ones,” which can also include palliative care.

It’s also important for any adult to designate a healthcare proxy whether or not they are ill, someone who can legally make medical decisions on behalf of a patient who is incapacitated (Click here for a related article on estate planning). While a healthcare proxy typically falls to a spouse, single people, widows and widowers need a designated person, too.

Phillips said she would caution against too many “living will” advanced directives -- which legally specify what medical procedures a patient would like to receive or avoid if they become unable to speak for themselves -- or DNR (do not resuscitate) orders because “the process isn’t very black and white” if a patient finds themselves unexpectedly gravely ill. Similarly, “A Physician Order for Life-Sustaining Treatment (POLST)” form, which is available from the Arkansas Department of Health, is an extensive medical order outlining what types of treatments a patient does and does not want to receive and can also pose a problem. Catholicendoflife.org states, “Caution is urged if completing a POLST form, as it is effective immediately and may unduly tie the hands of health care professionals, since medical circumstances cannot always be perfectly predicted.”

Between checking off all the legal boxes and formulating an end-of-life plan, Phillips said the most important thing for Catholics to do is have these important conversations with loved ones.

“Have the conversation first and foremost about your spiritual life, physical life; have the conversations about what is important to you,” Phillips said. “... Sometimes those conversations are difficult and they just get shut down right away. We shouldn’t fear them; we should talk about these things particularly in terms of someone making decisions for another person.”

Click for the The Catholic way of death index