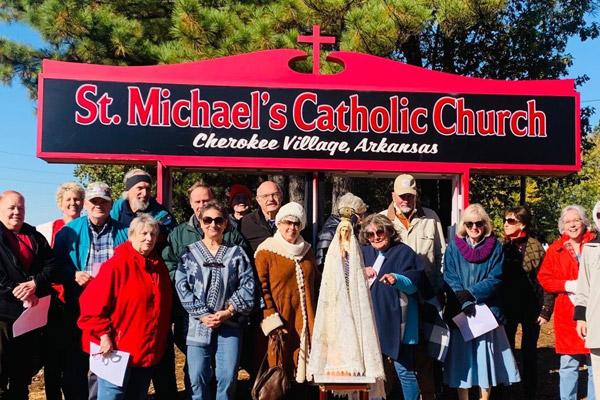 News organizations project Biden will be next president

WASHINGTON -- Horns blared near the White House just before noon Nov. 7 as major U.S. news organizations projected Democrat Joe Biden will be the 46th president of the United States, making him the second Catholic in the country's history to be elected to the nation's highest office.

WASHINGTON -- A digital summit sponsored by In Defense of Christians, "Combating Global Christian Persecution," showed that the fight against all forms of religious persecution continues with a renewing cast of political leaders.

What is the scriptural reference to confession?

Q. When I was a Protestant, I never went to confession and no such practice existed in any of the churches to which I belonged over the years. Now, as a Catholic, I’ve been told that confession is based on a passage in the Letter of James (5:16) that says, "Confess your sins to one another." (Question Corner, Seeds of Faith)

Comfort us: Surrounding your life with your saint friends

“Hey babe, grab the saints blanket, will you?" I called out to my husband. (Columns)

VATICAN CITY -- In reporting historical and recent abuse of minors, the media should broaden its focus to include portrayals of survivors as active agents of reform, one survivor said. (Analysis)

When presumptive President-elect Joe Biden quoted “On Eagle’s Wings” during his speech Nov. 7, it was a reminder of how our Catholic hymns, stories of saints and Scripture can give us comfort during personal or global tragedies. (Editorial)

A source Catholics can trust for the news that matters