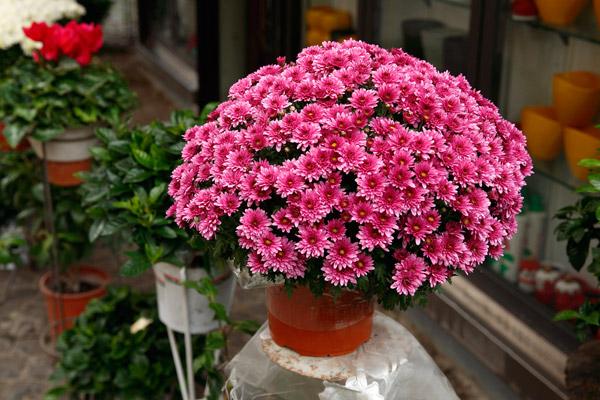 VATICAN CITY (CNS) -- As COVID-19-related deaths in Italy reached their highest daily level since early May and Italy began enacting new restrictions to slow the spread, the Vatican decided it will once again close its museums to the public.

WASHINGTON -- U.S. Catholics lead all Christian faiths in the percentage of racially diverse congregations in their parishes, according to a new study published by Baylor University.

VATICAN CITY (CNS) -- In November, when many Christians say special prayers for their deceased loved ones, chrysanthemums are the flowers seen most often in Italian churches and on Italian graves.

Placing ourselves in biblical stories can helps us grow in awareness

One of the many facets of Ignatian prayer, developed by St. Ignatius of Loyola, includes the practice of placing oneself in Scripture to become a part of the biblical scene, in order to draw some practical applications for present life. (Understanding our Church, Seeds of Faith)

What are you giving thanks for this year?

“I’m grateful for being closer to God this year. It has been hard to be a Catholic these days because I was born in Gen-Z, so there’s so much depression and disbelief in God. Engaging myself in …" (Youthspeak, Seeds of Faith)

Did the Church change the Sabbath day?

Q. Is it true that the Church changed the day of the Sabbath? I have always felt that the Sabbath occurred on Saturday, but I have learned that the early Church decided to celebrate the breaking of bread on Sunday because that was the day of Christ’s resurrection. (Question Corner, Seeds of Faith)

What McCarrick report means for the Church

Two years ago, Pope Francis called for a full accounting of how Theodore McCarrick was able to rise through Church ranks, and he promised to make the report public. Some people disbelieved such a report would ever see the light of day. Others feared it would. (Columns)

After months of anticipation (some may say trepidation), the 2020 presidential election finally took place Nov. 3. This year's Election Day, however, seems much different than years past, due partly to the COVID-19 pandemic. Many people had already cast their ballots days and even weeks ago. (Guest commentary)

We want to show our support for Gov. Asa Hutchinson and the bipartisan group of legislators who plan to introduce a hate crimes bill when the legislature convenes in January. (Editorial)

Arkansas Catholic the gift that gives back all year long

Give gift of knowledge with Arkansas Catholic subscription