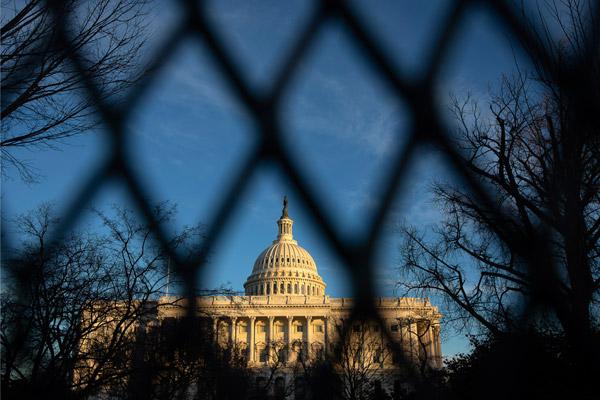 VATICAN CITY -- Pope Francis offered prayers for the people of the United States “shaken by the recent siege on Congress” and prayed for the five people who lost their lives “in those dramatic moments” when protesters stormed the Capitol Jan. 6.

VATICAN CITY -- Recognizing “the gifts of each baptized person” — women and men — Pope Francis ordered a change to canon law and liturgical norms so that women could be formally installed as lectors and acolytes.

Several Catholic and Catholic school athletes have announced their intentions for competing at the college level in their respective sports next year.  (Sports briefs)

VATICAN CITY -- Through baptism and the sacrament of marriage, Catholic families have a special grace and are a gift to the Church even if, too often, that grace and gift have not been recognized, said Cardinal Kevin J. Farrell, prefect of the Dicastery for Laity, the Family and Life.

VATICAN CITY -- Pope Francis said that the coronavirus lockdown made him feel imprisoned but ultimately led him to find different ways to carry out his ministry.

What one problem would you fix if you could?

“One world problem I would change would be violence around the world. Some examples are school shootings, terrorist attacks, child abuse, domestic violence and many others. It bothers me so much because I …" (Youthspeak, Seeds of Faith)

Fear of people on other side pushing us further apart

Well, I was all set to write a nice little first column of 2021, about looking ahead and new beginnings and loving each other. And then Jan. 6 happened. (Columns)

Why we need to embrace the year on family

After surprising the Church only a few weeks ago with the announcement of a Year of St. Joseph, which began Dec. 8, 2020, and lasts until Dec. 8 of this year, the Holy See made a related announcement on the Feast of the Holy Family. On Dec. 27, the Dicastery for Laity, Family and Life promulgated another special year: this one to “bear witness to family love.” (Guest Commentary)