Social justice, school and abortion bills are being followed this year 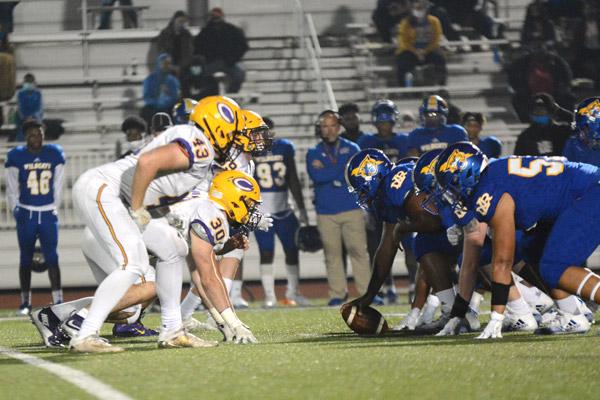 Catholics at the Capitol

Catholic legislators in the State Capitol in Little Rock increased to seven representatives, up from five in 2019, and one senator. Catholics are 7 percent of the House and 3 percent of senators.

The events of 2020, from the COVID-19 pandemic to political divisions to racial injustice, have shaped the bills being introduced in the 93rd Arkansas General Assembly , which convened Jan. 11.

“This legislative session has absolutely been influenced by the pandemic,” said Respect Life Office director Catherine Phillips, who is tracking bills for the Diocese of Little Rock. “From the rulemaking to looking at emergency provisions to worrying about caring for people being left alone to worrying about children’s education. We have a big legislative push for these sorts of things because of what we faced in the world in 2020 and what we continue to face today.”

There are seven Catholics in the House and one in the Senate.

In his state address before the legislature, Gov. Asa Hutchinson urged lawmakers to approve of his COVID-19 emergency declaration and to pass the Hate Crimes bill.

There are several bills the diocese is tracking, including pro-life legislation, social justice and gun rights.

House Bill 1195, the Every Mom Matters Act, requires an abortion provider to inform and provide women with the Life Choices Lifeline operated by the Arkansas Department of Health, which connects women to social services and prenatal care.

“It meets the mom in her need and lets her know she’s not alone and support is available,” Phillips said. “... We know women choose abortion because they feel like they don’t have the support and the resources they need. They feel alone and that they can’t possibly manage to have another child. This is important for that reason. It’s a first step for taking that away. Like Bishop (Anthony B.) Taylor said, to really change the reality of abortion, we have to change hearts. And we can’t change hearts if people are homeless, without health care, trapped in a domestic violence situation.”

Nonprofit Arkansas Right to Life introduced Senate Bill 85, “The Right to Know and See Act,” which requires that during the ultrasound from an abortion provider, the image is displayed in full view for the mother to see and for the physician or tech to verbally explain the findings on the ultrasound. The provider must explain any fetal developmental markers, including sizes and organ presence, the bill stated.

The woman can choose to avert her eyes. Abortion clinics perform an ultrasound, for a fee, 72 hours before an abortion and pro-life pregnancy resource centers provide them for free, said Rose Mimms, executive director of Arkansas Right to Life.

“We believe we’ll save more lives with the open display of the ultrasound image so women can see their child,” Mimms said, adding, “I think it's a pro-choice bill because it gives women more choice to know exactly what they’re doing.”

The bill also requires the Arkansas Department of Health to do quarterly reviews of the records, which require the date and image of the ultrasound in a patient's file.

HB1116, “Simon’s Law,” requires at least one parent give consent for withdrawal of life support for a minor child. It does include a provision that a physician can refuse medically inappropriate treatment.

In the 2019 legislative session, Rep. Aaron Pilkington’s bill to allow pharmacists to dispense oral contraceptives without a prescription was struck down. It has been brought up again in HB1069.

Phillips said she is “very disappointed” that the bill has been resurrected. The intent is said to be to reduce abortions, but studies have shown it does not work. According to the United States Conference of Catholic Bishops, 48 percent of women with unintended pregnancies were using contraceptives and about half of pregnancies that ended in abortion occurred while a woman was using contraceptives, according to data collected from 2002 to 2015.

“A physician in Northwest Arkansas wrote to me … saying I worry because it misses the opportunity for that patient-physican connection where we can scan for things like an abusive relationship, sex trafficking, domestic violence … You can’t just do that at a pharmacist's window,” Phillips said.

Other bills the diocese is following include:

Arkansas is one of only three states that does not have a hate crimes bill. HB1020 would create enhanced sentencing for offenses motivated by a victim’s “race, color, religion, ethnicity, ancestry, national origin, homelessness, gender identity, sexual orientation, sex, disability or service in United States Armed Forces.”

“We should be pushing for this like crazy as Catholics. We have to make it clear as a state, people shouldn't be targeted because of their race or ethnicity. We are the opposite of putting hate into the world, we are the law of love,” Simon said. “... We have been a haven for white supremacists groups and hate groups of all types. We should be ashamed of ourselves if we don’t do this.”

SB24, known as “Stand Your Ground,” removes language from the criminal code that a person must retreat if possible before choosing deadly force in self-defense. There are 36 states that currently have Stand Your Ground laws. Simon said studies have shown that states with this legislation have more gun homicides with increased racial bias. According to the Southern Poverty Law Center, studies show that homicides involving a Black victim deemed justifiable in Stand Your Ground states are double those in states without the law. Analysis by the Urban Institute across states with the law found that a white shooter who kills a Black victim is “350 percent more likely to be found to be justified than if the same shooter killed a white victim.”

Simon said, “This becomes a right-to-life issue as much as anything else. If all life is sacred, I’m not saying we shouldn’t defend our home or family from someone trying to harm us, but if our first encouragement is to kill someone with a gun, I believe we’re going against our Catholic mandate that life is sacred.”

For those who have been barred from entering a hospital, clinic or long-term care facility because of the COVID-19 pandemic, legislators have proposed HB1061 to create the “No Patient Left Alone Act,” along with a similar bill in the Senate. It would allow patients to designate one person to visit.

“I’m not surprised we as a community have recognized the need for companionship and care for our loved ones who find themselves isolated because of the pandemic and safeguard their right or their need to have people present with them in the future,” Phillips said.

Catholic High principal Steve Straessle, a board member of the Arkansas Activities Association (Triple A) and a member of the organization’s public and nonpublic school committee, said the bill would negatively impact Catholic schools. The committee meets regularly, and Straessle said does a “good job of addressing advantages, whether they be perceived or real advantages, that private schools may have.” Those concerns have included the rate of participation of students, income of parents, the participation and interest level of parents, the type of facilities schools have access to and no attendance zones for private schools.

“I think we as private schools, nonpublic schools, have a responsibility to practice accountability and good sportsmanship finely tuned to the relationships that are necessary to exist and compete within the AAA guidelines. The vast majority of private schools have done just that,” Straessle said.

With some rivalries with public schools going back decades, “to think that we would have to end that because of a perceived advantage is unconscionable,” he said.

Two bills with significant media coverage include HB1218, which “prohibits offering courses, events and activities that isolate students based on characteristics within programs of instruction,” including classes or groups designed for students of a specific ethnic group and “promote division between, resentment of or social justice for a race, gender, political affiliation, social class or particular class of people.” The bill could impact teachers in teaching about historical movements involving race and prevent groups based on race, gender or religious affiliation from gathering.

Limiting a diverse curriculum for all students, including many Catholic public school students, can have long-lasting effects. Simon said, “This would prohibit teachers from providing perspective on any of these issues. I really get concerned about that … Only those courses that present an ‘accurate’ history of an ethnic group. Who determines what an accurate history is?”

HB1231 prohibits the teaching of the 1619 Project Curriculum published in 2019 by The New York Times Magazine discussing slavery in the United States from a Black perspective.

Another bill is SB159, in part allowing private schools to establish and appoint an institutional law enforcement officer.

Catholics at the Capitol

Catholic legislators in the State Capitol in Little Rock increased to seven representatives, up from five in 2019, and one senator. Catholics are 7 percent of the House and 3 percent of senators.