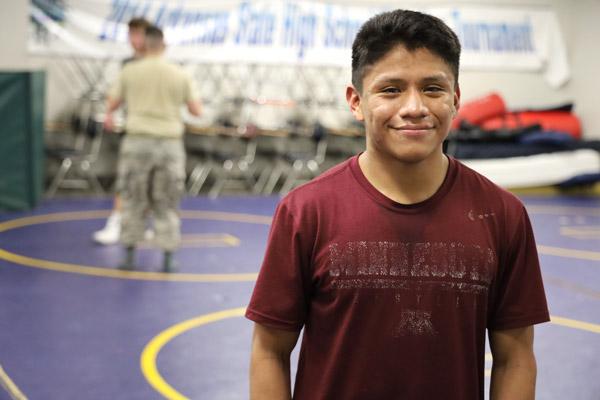 Wrestling practice is an odd sight in the era of COVID-19. While everything outside the door of the Catholic High School wrestling practice room is strictly defined by 6-foot spacing, inside, the picture is much different.

Remarried? How to return to Communion

Q. My cousin was married 40 years ago in a civil ceremony when she was only 17. After eight years, that marriage ended in divorce. She has now been remarried for some 25 years — once again, not in the Catholic Church. She still attends Mass regularly but never receives holy Communion. Is this right? (Question Corner, Seeds of Faith)

Colvin was the spark before Rosa Parks

I've always been fascinated by the story of Claudette Colvin. On March 2, 1955, Claudette was a 15-year-old frightened Black girl who refused to give up her seat to a white woman on a segregated bus in Montgomery, Ala. She was jailed nine months before Rosa Parks was arrested for the same civil disobedience, but not in the same way. (Columns)

Reporting by encountering people as they are

News media has always come in for a lot of criticism — sometimes rightly, sometimes not. (Guest Commentary)

People in the U.S. are moving more than ever; more than people in most other countries. (Editorial)