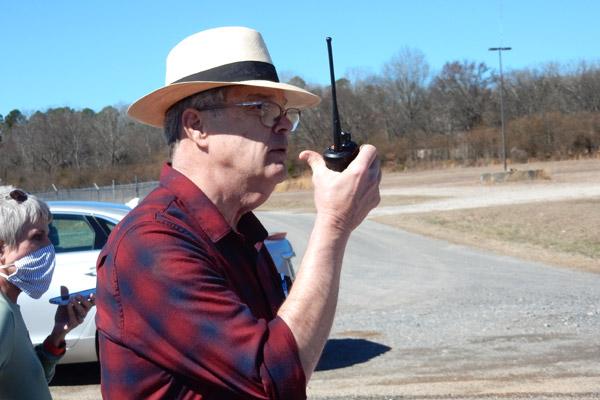 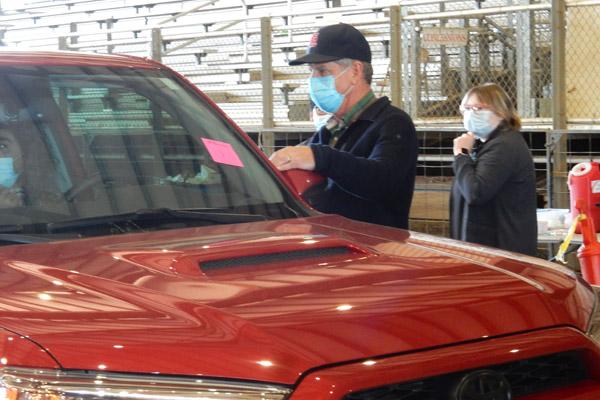 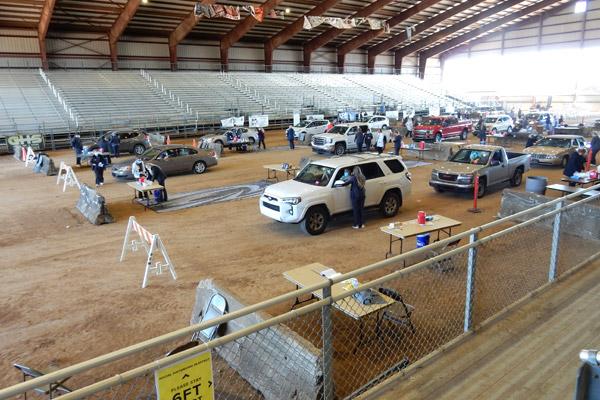 James Keary
Drivers pull through the Garland County Fairgrounds arena in Hot Springs for COVID-19 vaccinations Feb. 23. The drive-thru event allowed about 1,400 recipients to stay in their vehicles while receiving the shot.

James Keary
Drivers pull through the Garland County Fairgrounds arena in Hot Springs for COVID-19 vaccinations Feb. 23. The drive-thru event allowed about 1,400 recipients to stay in their vehicles while receiving the shot.

Read more about Catholics getting vaccinated:

HOT SPRINGS -- Members of Knights of Columbus Council 6419 in Hot Springs were a part of a daylong drive-thru event to ensure that 1,400 people  70 or older were vaccinated against COVID-19.

“The people are really excited to help out,” said John Steinhaus, financial secretary for the council and an organizer of the event. “More people would like to help, but they have conflicts, such as work, that they couldn’t take the time.”

People who were to be vaccinated drove into the Garland County Fairgrounds arena and stayed in their vehicles while they got their shot. They then drove out of the arena and waited in a holding area for 15 minutes to be sure they did not have an adverse reaction.

“The people appear to be so happy to be here,” said Father Arokiasamy “Samy” Madhichettyirudayaraj, pastor of St. Mary Church in Arkadelphia and St. John Church in Malvern while directing vehicles into the arena. “I think they are so relieved.”

Andy Anderson, Knights of Columbus district deputy, said Knights Bill Nosek and Tom Donnelly from Council 10208 in Hot Springs Village were instrumental in getting him involved with the vaccination event. They introduced Anderson to Michael Butler, a pharmacist and co-owner of several Health Mart Pharmacies, who had been working with Council 10208 to get people vaccinated in Hot Springs Village.

“We owe everything to them,” Anderson said. “They have been doing several clinics in the Village. They introduced me to Michael Butler, and I made an offer for Hot Springs to help out, and we went from there. I can’t believe how successful this event has become.”

Porter said Oaklawn Center on Aging had planned major vaccination events for people who were 70 and older who wanted the vaccination. The number of people who responded was overwhelming, he said.

Read more about Catholics getting vaccinated: