Subscribe to Arkansas Catholic and get the latest news 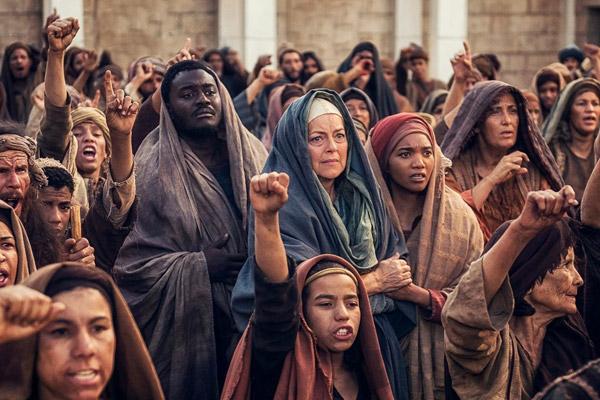 Pope: Serving the suffering is serving the crucified Christ

VATICAN CITY -- Contemplating how Jesus suffered and died to save each human being should motivate an awe that translates into loving care for anyone who is suffering, Pope Francis said.

Producer says ‘Resurrection’ a movie for families to watch

WASHINGTON -- The new biblical epic “Resurrection” is the kind of movie where “families can get together” to watch it, said one of its producers, Roma Downey, still best known for her on-camera role in the television series “Touched by an Angel.”

Why does a priest say ‘for forgiveness of many’?

We are doing a good job – with Jesus’ help

Right above my desk, hanging on the wall with a crumpled piece of Scotch tape, is a card someone gave me last March.

Daily commandments in life are also important to follow

Recently, I was in a bakery store checking out at the cash register. As I was paying, a gentleman walked in. And he wasn’t wearing a mask. The petite, young girl behind the register informed the customer he was required to wear a mask to enter the store. He stopped and told her he had a state exemption for wearing a mask.

It might be hard to believe, but Lent is nearly over. It’s time to examine our consciences to see how well we are practicing the traditional Lenten practices of prayer, fasting and almsgiving. (Guest commentary)

Is embryo research going too far?

Artificial human embryos? Yes, you read that correctly. Embryos have now been made in a lab. Two research papers were released last week, saying scientists in Dallas, China and Australia created living structures that resemble human embryos for the first time by taking stem cells or skin cells and growing them in a lab. (Editorial)

Arkansas Catholic is your source for faith-filled news

Award-winning Arkansas Catholic has news you can trust