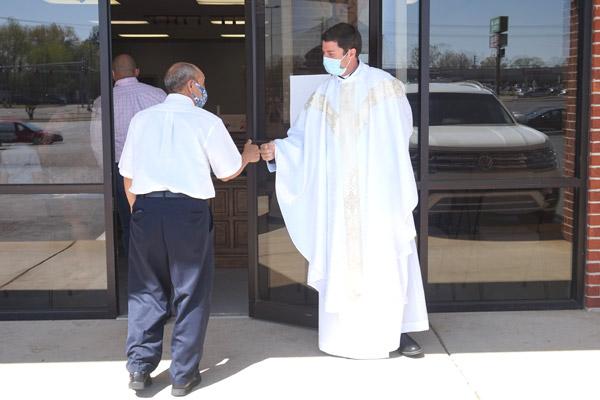 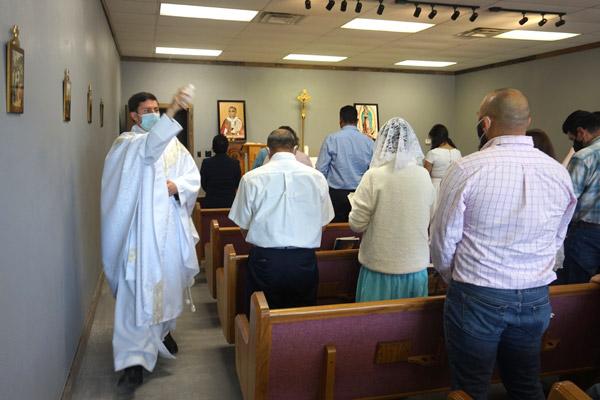 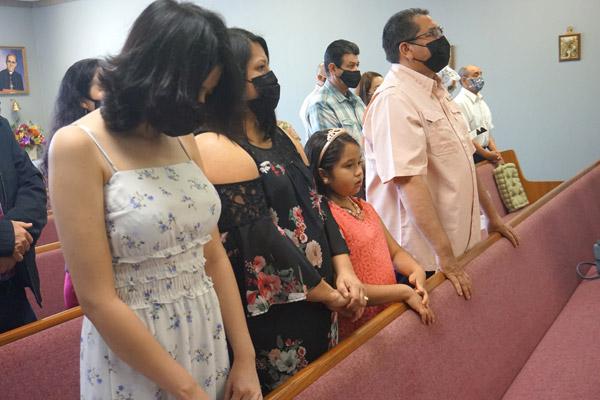 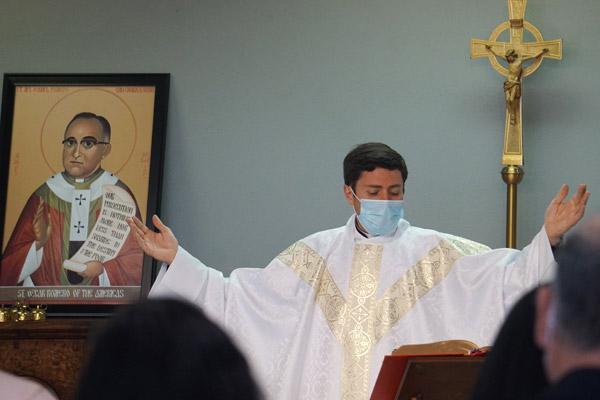 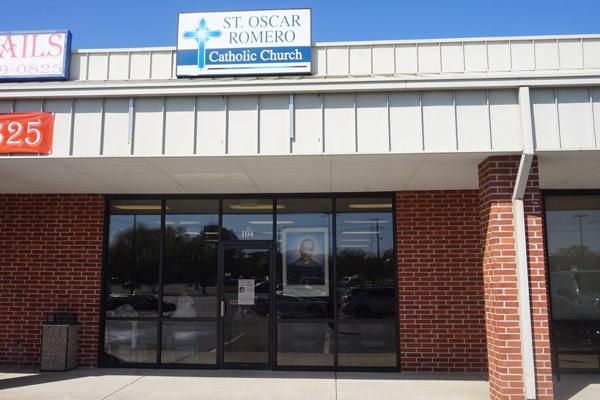 Small church has been silent since pandemic, but eager to grow now 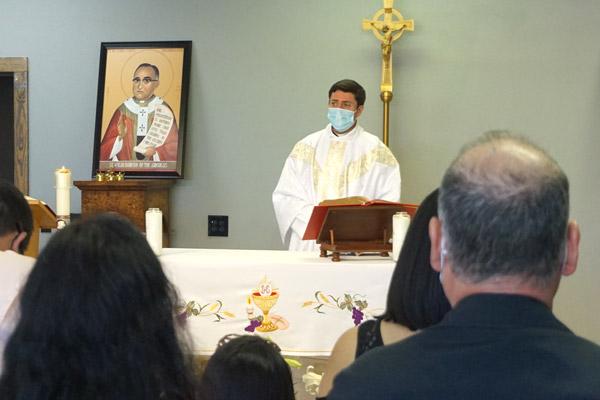 GREENBRIER -- The St. Oscar Romero Catholic Community in Greenbrier has been in a state of Lent, or perhaps purgatory, since March 2020.

The cancellation of public Masses at the start of the COVID-19 pandemic closed down the community, which first began holding Mass in a rented building in Greenbrier in January 2019. While other parishes restarted public Masses last May, the church community, still in its infancy, did not have a rental space large enough to accommodate social distancing. Since then, the doors have remained locked.

But on Easter Sunday, the Catholic community was reborn.

“It is a miracle,” said member Carol McDearmon.

She and her husband Kenneth, 58 years old and residents of Greenbrier, were members of St. Joseph in Conway since 2016 but moved to St. Oscar Romero once it was established. Coming from a small parish community at Holy Redeemer Church in Clarksville, the couple immediately felt at home. Since the pandemic, they have not attended Mass in person, though they were discussing a return after their vaccines. They did not attend Easter Sunday Mass, but plan to soon in Greenbrier.

“To be able to have our first Mass after all this pandemic to be on Easter Sunday, it’s God telling us to never give up, amidst the storm, amidst all of the death, I will resurrect and come to life. And that’s what we’re going to be doing,” Carol McDearmon said.

The community has returned to its normal Sunday Mass schedule, 9:30 a.m. English and 11 a.m. Spanish. Before the pandemic, Father Tony Robbins, pastor at St. Joseph Church in Conway, which has financially supported the Greenbrier community, said about 70 to 80 people attended English Masses and about 40 came for the Spanish Mass.

“Just very excited about having Mass back there and to get back at helping that community to get off the ground, get to growing,” Father Robbins said.

The community originally met for Mass in a local events center, The House of Hope, which would seat about 100 people. Rent was $100 each time the space was used. On March 16, 2019, Bishop Anthony B. Taylor celebrated Mass there, officially naming the community after St. Oscar Romero.

In August 2019, the community moved to a space of their own, a suite in a local strip mall on South Broadview Street. Father Robbins said they had already made renovations when the building’s owner asked if they would move to another, smaller suite a few doors down, reimbursing them for renovations.

“He made it worth our while to make that move. He even paid for a sign to be put in the store front,” Father Robbins said.

St. Oscar Romero, now at 57 South Broadview Street, Suite 104, has a capacity of 107 people. When Bishop Taylor lifted some COVID-19 safety restrictions, allowing for seating in every pew starting April 1, the community was able to safely hold Mass.

Yolanda Berumen, secretary at St. Joseph Church in Conway, attended Easter Sunday Mass at St. Oscar Romero with her husband Noel and their children. Because the community meets about two minutes from their home, she’s looking forward to being more active in its ministries.

The community still has several steps to take, including establishing ministries, to one day be considered a quasi-parish called a “mission.” Once established as a mission, it can be eligible for financial support from the Diocese of Little Rock in addition to the support from St. Joseph Church.

For Totsie Breaux, 82, it will be an important homecoming. Since moving to Guy in 1970, “I prayed for 50 years to get a church in Greenbrier. Every time we’d get a new priest (at St. Joseph) I’d ask, ‘When are we getting a church?’”

Besides attending two funerals, Breaux has not attended Mass in person since March 2020. With no television or internet, she has not even been able to attend virtually. She reads daily Mass readings and “The Magnificat.” She wakes up on Sundays and reads Mass readings at 8 a.m.

“God has kept me healthy for over a year, which has been a blessing. Because I had a son that had COVID,” she said. ”He passed away recently, but it wasn’t from the COVID.”

While she opted not to attend on Easter Sunday, waiting for her second dose of vaccine to take its full effect, she called everyone she knew to tell them that Masses were going to resume.

“You talk about some ‘Alleluia-ing’ and ‘Amens,’” Breaux said, adding once it’s safe, “Honey, I'll be there a half hour before they start. My husband always told me I got to church before God did.”

“I don’t know what the new normal is going to be, but we need to get back to normal,” Breaux said. “When you belong to a church, I don't care what religion it is, when you are involved and belong to a church there’s comfort, fellowship and caring. It’s a very important part of your life.”