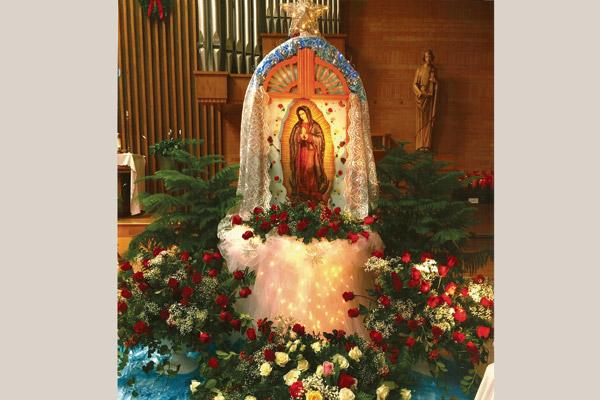 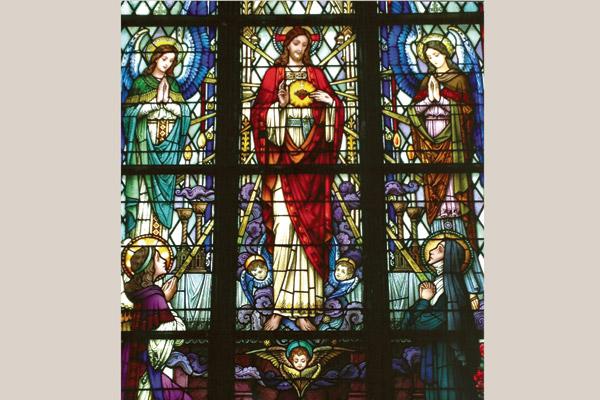 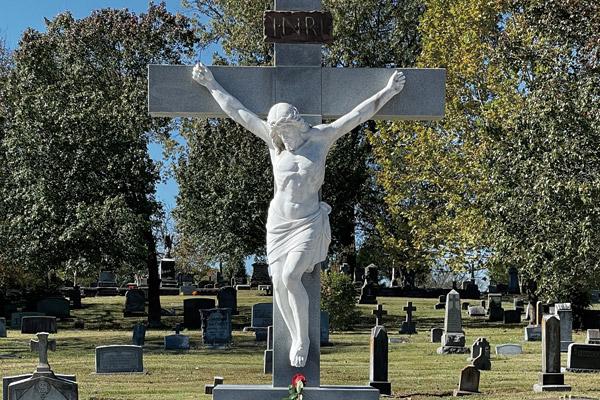 Sunshine brings out the fine details of a large crucifix at Calvary Cemetery in Little Rock in Robert C. Alexander's first-place-winning photo in Arkansas Catholic’s 2021 contest to select an image for the cover of the 2022 diocesan directory.

Alexander will receive photographer credit in the directory, a free copy and a one-year print subscription to Arkansas Catholic. Alexander, who lives in Little Rock, has been a photo contest regular for several years and his photos have often placed well.

Second place was won by Debra Legner of Mountain Home for her photo of a colorful display honoring Our Lady of Guadalupe at St. Peter the Fisherman Church.

Jay W. Kutchka of Fort Smith won third place with a photo of stained glass in St. Boniface Church in Fort Smith. Another of his photos received an honorable mention.

This year’s contest attracted nine qualified entries. Eligible subjects were any architectural element or detail of a Catholic church or institution in Arkansas. Photos were judged by the newspaper staff based on composition, technical quality, visual appeal and suitability for the directory cover.

The 2022 Catholic Diocese of Little Rock Directory will be delivered in October.