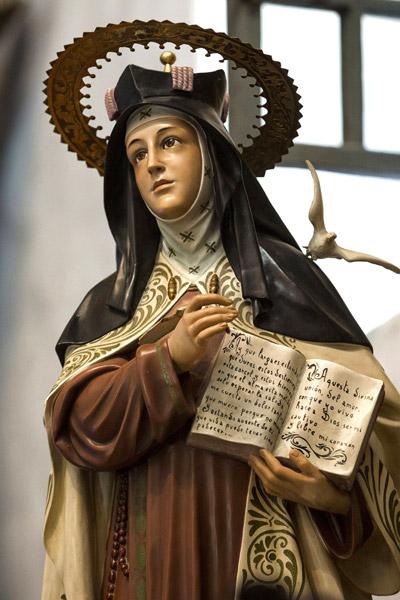 VATICAN CITY -- While St. Teresa of Avila was outstanding in many ways, her union with Christ through prayer made her an “exceptional woman,” Pope Francis said.

Kindergarten students at St. John School in Russellville reflect on the Stations of the Cross March 31. (Photo)

VATICAN CITY -- The biggest risk Afghanistan might face with a withdrawal of U.S. troops could be civil war, said the Italian priest in charge of the small Catholic community in Afghanistan.

WASHINGTON -- The decision by the U.S. Food and Drug Administration’s acting commissioner to suspend enforcement of the agency’s in-person prescribing requirement for the abortion drug endangers women’s health and possibly their lives, pro-life leaders said.

A novel fundraising approach to restore one of the most iconic monuments in the world, Notre Dame Cathedral in Paris, enables donors to have a piece of history.

Can my divorced brother receive Communion?

Q. My brother was married in the Catholic Church but got divorced many years ago. Since then, he has not received holy Communion, although he goes to Mass every week. He also got remarried (not, of course, in the Catholic Church — he hadn’t had his first marriage annulled), but he and his second wife are no longer living together. (Question Corner, Seeds of Faith)

Since I was young, leafing through colorful pages in my children’s Bible, I’ve loved the Gospel story where the friends lower the paralyzed man through the roof of the home where Jesus was staying. (Columns)

In one month, there were at least 50 mass shootings in this country. On March 16, we watched the news to learn that eight spa employees were killed in Atlanta. Then March 23, we were again watching the news to see that a Boulder, Colo., police officer and nine employees and shoppers were killed at a grocery store. After that, it is hard to keep up with the increasing scale of violence. (Editorial)