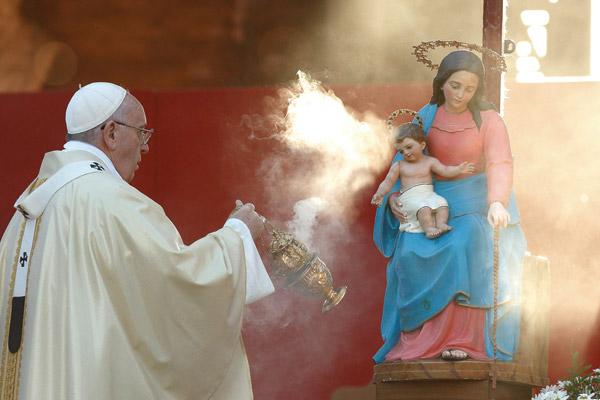 In times of trouble, Church turns to prayer with Mary

VATICAN CITY -- The global Catholic Church coming together to pray for an end to the coronavirus pandemic represents the hope and faith of the people of God and how they find solace and strength together with Mary, said a theological expert in Mariology.

Kathryn Mae Reith, 94, a member of Immaculate Conception Church in Fort Smith, died Feb. 18. She is survived by …

Catholic High School in Little Rock has been announced as one of four Catholic high school teams that will play in the inaugural Catholic Bowl, set for Sept. 4 in Frisco, Texas. Four separate … (Sports briefs)

What could possibly be ‘good’ about Good Friday?

Q. Why do we call the day Jesus was crucified “Good” Friday? Christ was made to suffer horribly, so this has always bothered me. (Question Corner, Seeds of Faith)

Lou Gehrig had grace to bloom where planted

Major League Baseball announced it would honor Lou Gehrig, the famous New York Yankees first baseman, on June 2. Lou Gehrig Day will be a special one for two groups of people: baseball fans who still marvel at the Iron Horse’s then-records for grand slams and consecutive games played, and those whose lives have been touched by amyotrophic lateral sclerosis (ALS), who know Lou Gehrig more for the disease that bears his name than the number of baseballs he sent into bleachers. (Columns)

Your reporting on the issue of fetal tissue and COVID-19 vaccines omits some important information from the Vatican and from the official statement of the U.S. Conference of Catholic Bishops. This information has been widely circulated since last December. Why is this committee of the bishops just getting around to their statement? (Letters to the Editor)

One of the disappointments from the recent session of the Arkansas General Assembly is the passage of a stripped-down version of a hate crimes bill. (Editorial)

What are you waiting for? Subscribe to Arkansas Catholic