He wants to continue hiking, backpacking and snow skiing 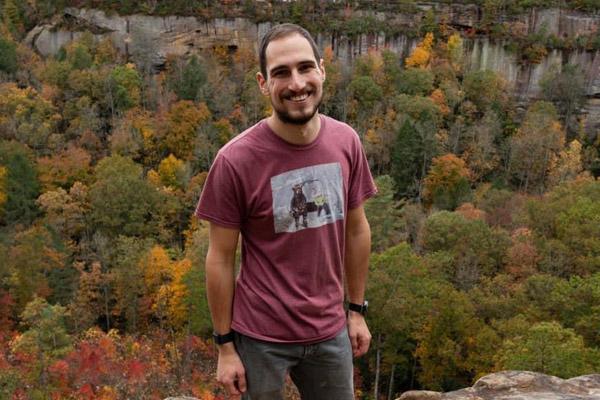 Favorite Scripture: “What eye has not seen, and ear has not heard, and what has not entered the human heart, what God has prepared for those who love him.” 1 Corinthians 2:9

Deacon Ben Riley had big plans after graduating from Catholic High in 2012. He was going to study outdoor recreation at Western Colorado University and work as an outdoor guide. Before he moved, he earned a wilderness EMT license to use in his career working in nature.

While he was in Colorado, he realized his calling to become a priest couldn’t be ignored any longer.

“I was discerning going into the priesthood in my junior and senior year at Catholic High. Brother Richard (Sanker, school counselor) was a large influence in my vocational discernment and prayer life. I was worried that if I went right into the seminary, I wouldn’t know what I missed out on, what that life in the outdoor industry could have been like, what living in Colorado would be like. Even before the end of my first semester, I knew I wasn’t missing out on much. I needed to have some courage and fortitude to talk to (vocations director) Msgr. (Scott) Friend.”

Riley credits a priest in Colorado for pushing him to make that phone call and discern whether he had a calling to become a diocesan priest in Arkansas. He had a realistic view of the priesthood from his uncle, the late Father Greg Hart.

Riley saw he could become a priest and still spend time outdoors doing the hobbies he loves, including rock climbing, backpacking, snow skiing and mountain biking. He also enjoys a round of disc golf from time to time.

“I really experience God and his creation in the outdoors,” he said. “It has always been an integral part of my spiritual life and prayer life. I plan to spend a lot of time in the outdoors as a priest.”

The Eagle Scout said he is interested in working with the Boy Scout troop at his first parish assignment at Immaculate Conception Church in North Little Rock.

“I am drawn to adventures and epic stories,” he said. “I was really drawn to Henry David Thoreau and Ralph Waldo Emerson and some of their writings when I was in high school. I transitioned from seeing the epicness of nature and the adventures I was going on, to realize the epicness of the priesthood and that adventure is greater than any outdoor adventure. I would still like to go on outdoor adventures, but honestly, I think my life as a future priest and serving the people of God is going to be the greatest adventure of my life.”

At Immaculate Conception, he wants to be able to offer more confession times as he is able.

“A large reason a lot of Catholics aren’t going to confession as often as in the past is it isn’t offered as often. In my down time, I would like to be in the confessional … I like to meet people where they are, just as our Lord does. The confessional is a great place for healing and reconciliation.”

Favorite Scripture: “What eye has not seen, and ear has not heard, and what has not entered the human heart, what God has prepared for those who love him.” 1 Corinthians 2:9