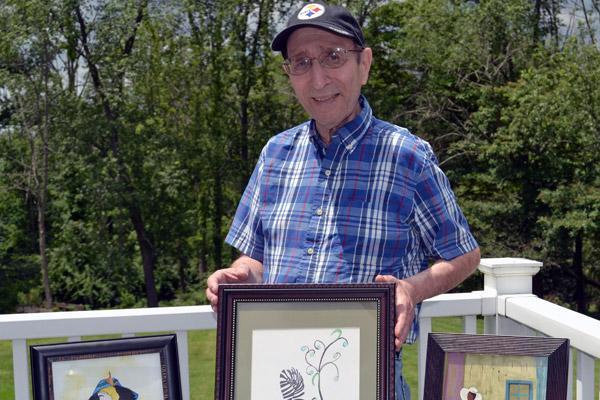 Father Ralph J. Esposito, who moved to Arkansas as a priest in the 1970s from Pennsylvania, died May 14. He was 80.

He was born Oct. 22, 1940, in New Castle, Pa., to Stanley S. and Lucy A. Fleo Esposito. He had three siblings, including twin brother Dom “Mickey” Esposito, who preceded him in death. In a 2017 interview with Arkansas Catholic for his 50th jubilee as a priest, he said he would “play priest all the time,” setting up an altar and inviting his grandfather over for “Mass.”

On May 13, 1967, he was ordained at the Cathedral of St. Paul in Pittsburgh. Bishop Vincent Leonard, a close friend of then-Bishop Andrew J. McDonald of Little Rock, asked if any priests wanted to serve in the Diocese of Little Rock and Father Esposito volunteered in 1978. He was incardinated into the diocese July 28, 1981.

Father Esposito spent his years as a senior priest watercolor painting and writing, including publishing a 2018 book, “Oh God, Where Were You When I Needed You?” He loved animals, especially his Yorkie-Chihuahua mix Muffin, saying in 2017, “When I look at animals, it’s like there’s something looking back at me and it’s way beyond them and way beyond me.”

He is survived by one brother, Stanley Esposito of Pittsburgh; and one sister, Angel Fazzone of New Castle.

No public funeral arrangements have been announced. Burial will take place at St. Vitus Cemetery in New Castle, Pa.