CHS senior dreams of day he can be an Orthodox monk 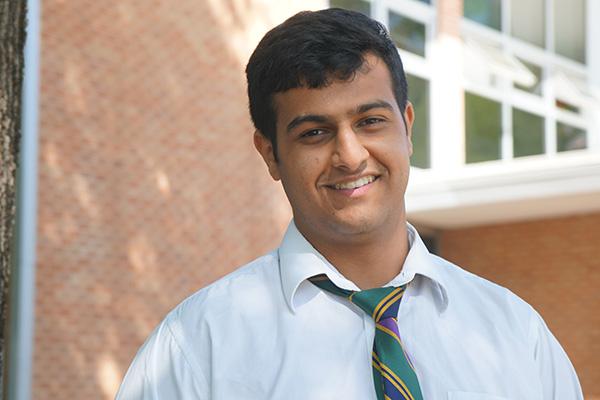 Malea Hargett
Kyrilos Sadaka, a Catholic High senior, plans to be a medical doctor, but his dream is to become an Coptic Orthodox monk.

Malea Hargett
Kyrilos Sadaka, a Catholic High senior, plans to be a medical doctor, but his dream is to become an Coptic Orthodox monk.

Kyrilos Sadaka has never lost sight of his Egyptian faith and heritage, even though he hasn’t lived in the country.

His decisions are made with the input of his parents and how to best honor his roots and Coptic Orthodox religion.

Kyrilos, known as Kyro (pronounced “Key-ro”), was born in Iowa as the youngest child of Dr. Sammy and Heba Sadaka, natives of Alexandria, Egypt. The 4.0 Catholic High School senior is planning to study biomedical engineering at Texas A&M in College Station and be a medical doctor. This career path is something his parents have encouraged.

But he feels God might be calling him somewhere else more isolated.

“My parents always wanted me to be a doctor, and I have no problem with that. I like having that as an option where I can help people. I want to fulfill their dream and after that, my dream is to be a monk. I really haven’t told that many people. … My passion since I was younger was to go to the monastery when I was a little bit older.”

A Coptic Orthodox monk is similar to a contemplative Catholic monk who takes a vow of celibacy and lives a life of prayer in community. Orthodox priests, however, can be married.

While living in Houston when he was in junior high, he and his family got involved in the Coptic Christian community and visited a monastery in Texas.

“To be honest, whenever we do visit any monastery, especially whenever we stay there for like a longer period of time, it’s the time where I've always felt the most fulfilled and satisfied. I still have fun when I go out with my friends, but the highest point of satisfaction I've ever had was that alone time. And if I needed spiritual help, I was around these spiritual giants who can help me in whatever way that they knew how to.”

Sadaka and his family, who are members of Annunciation Greek Orthodox Church in Little Rock, have been integral in the founding of a Coptic Orthodox church in Little Rock.  Seven or eight Egyptian families bought a former restaurant and opened St. George Church. Growing that community is essential to Sadaka. Besides his older sister Monica, there aren’t many teens in his church he can relate to.

“Our patriarch who passed away said a church without youth is a church without a future,” he said. “There was no youth in our church. I was the second youngest  …  My sister was the closest in age to me.”

The family worships at St. George Church twice a month when a visiting priest comes from Memphis. The service is similar to a Greek Orthodox liturgy, but Coptic Orthodox services are in Arabic and Coptic. Egyptian art and music are also reflected in the church.

Sadaka, the JROTC commanding officer at CHS this year, was accepted into the Naval Academy, but he chose to go to school in Texas so he has the flexibility to see his family in Little Rock and Egypt.

“I've committed to Texas A&M. I’m still waitlisted at a couple of schools that I would be happy to go to as well,” he said.

But after his college graduation, he will join a monastery if that is the direction God is leading him.