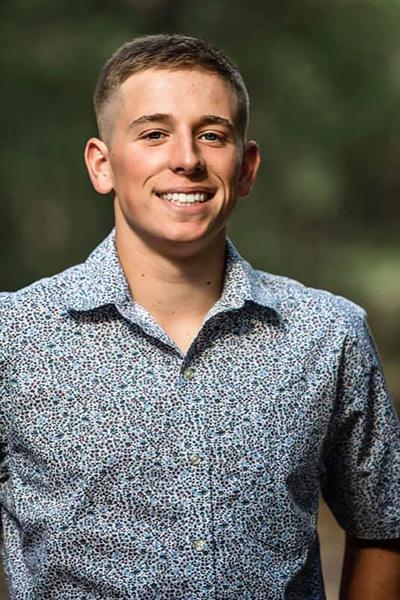 Subiaco Academy’s Ethan Spillers is no stranger to athletic competition, excelling for the Trojans in swimming and baseball and dabbling in football and cross country.

He’s spent a lot of time in practice, the weight room and competitions representing the school he loves, even in the face of the COVID-19 pandemic.

No athlete wins all the time, and Spillers experienced his share of competitions where the final score didn’t pan out in his favor. Yet, he is undefeated in the areas that matter most: the care and investment made in others during his many leadership roles and extracurricular activities at Subiaco.

“I’ve been mentoring students, from a group perspective, for a year,” he said. “But honestly, throughout my entire time at Subiaco, I’ve been mentoring and looking after the younger kids. I just try to interact with them; if they’re younger, they might not understand what teachers are asking of them, and they’re trying to figure out what’s going on on campus. It’s been pretty rewarding.”

Even as Spillers, a member of St. Ignatius Church in Scranton, graduates this month and heads to the University of the Ozarks in Clarksville where he’ll study mathematics and possibly biology, his impact on the campus will live on. As a junior, he established, recruited, helped coach and anchored the Trojan swim team. As student body president, he’s coordinated events for his peers and organized them in creating a lasting senior gift to the campus.

“For our senior project, we’re creating an outdoor village that has a volleyball court, several benches, places to hang up hammocks,” he said.

His influence will also carry on in future students. Not only was he a Blue Arrow Ambassador, giving tours to prospective students and their families, but he worked with the administration on ways to make the Benedictine boarding school more attractive to future Trojans.

Perhaps his most noteworthy undertaking, and the one most telling of his faith and character, were the two campus rosaries he organized for two teachers suffering from health problems.

“My calculus teacher, Diane Hart had to go to Houston because of health issues, and she was there for almost a month,” he said. “We thought it’d be good for her health if we came together as a community and prayed a rosary … And then our English teacher, Hermina Fox … fell and hit her head very severely. She had a very bad concussion. I organized people to pray the rosary and for the priests to say prayers at the beginning and end of each of them. After we prayed the rosary all together and everyone came together, she’s actually getting better, too.”

“That’s just a big part of our campus. We’re a small school, but at times like this, we get to get out there and show people what we truly are about.”