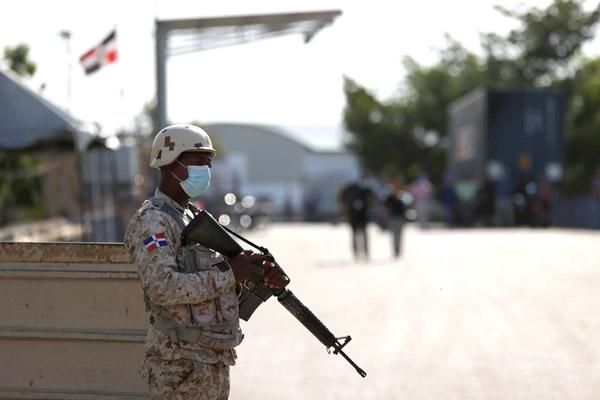 VATICAN CITY -- Condemning the "heinous assassination" of Haitian President Jovenel Moïse, Pope Francis urged the people of Haiti to shun violence and make a commitment to dialogue and solidarity as the path to a better future.

VATICAN CITY -- The South Korean archbishop who was recently appointed prefect of the Vatican Congregation for Clergy said that while a papal visit to North Korea seems very unlikely, it could be just the outside intervention needed to overcome the stalemate dividing the Korean Peninsula.

Santiago Jose Mendez-Diaz, the 19-month-old son of Sergio and Rosa Laura Mendez, died June 15. They are members of …

What can we say in response to comment, ‘I pray and it doesn’t help’?

In the ongoing concern for people abandoning their practice of Catholic faith, there are many aspects that need attention. Often the need in our time requires a closer look at the most basic aspects of faith. Everything we want to build in our communities of faith requires a sure foundation that Jesus calls solid rock. (Understanding our Church, Seeds of Faith)

How do you envision heaven?

“I envision heaven as a place with peace, a place with no harm, a place where you are protected by God and his angels and a place filled with spirit, joy and laughter. I envision walking with …" (Youthspeak, Seeds of Faith)

How to avoid ‘rotten fruit’ of our digital age

The Eighth Commandment is taking a beating on the internet. So is the Fifth. Lying and defaming are no longer sins. They are clickbait. (Columns)

Let’s recommit to doing some form of penance on Fridays

I wrote a column recently about sin and culpability, using suicide as an example. In describing the difference between inherently sinful acts and acts that are merely violations of Church discipline, I mentioned the past requirement that Catholics refrain from eating meat on Fridays. (Columns)

The Church must confess to Native Americans

Canada's Truth and Reconciliation Commission has helped all Canadians and First Nations communities grapple with the sorrowful realities of their nation's colonial past, particularly the gruesome legacy of its residential schools for Indigenous children. (Guest Commentary)