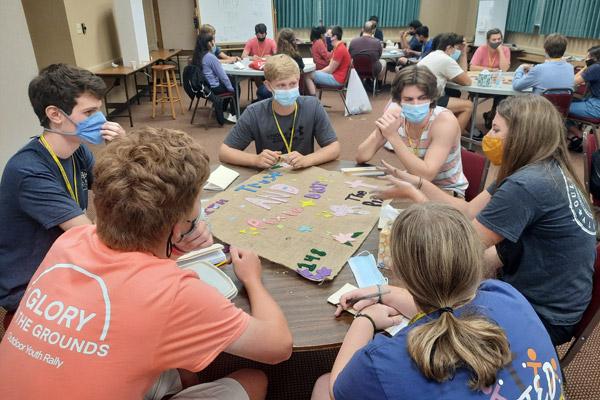 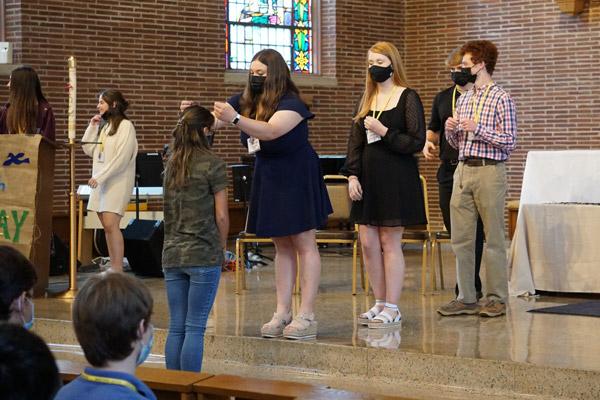 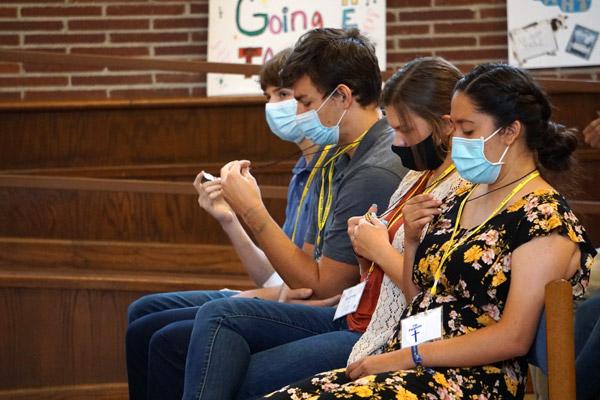 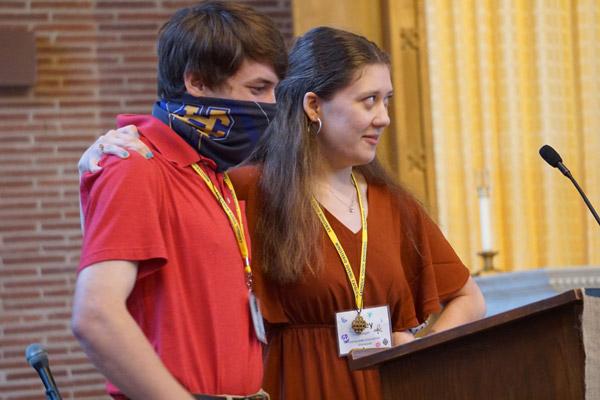 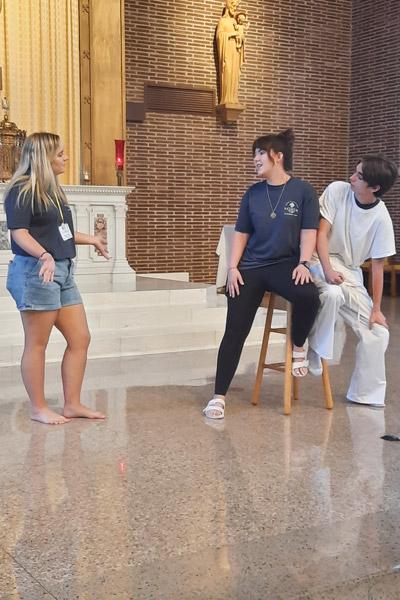 After more than a year's absence, Search made its return.

Search #148,  a diocesan youth retreat for high school juniors, seniors and recent graduates, had 52 retreatants, close to its typical goal of 60 students.

The July 16-18 retreat at St. John Center in Little Rock, which included witness talks, skits, small group discussions, adoration and confession, made some adjustments to protect students during the ongoing pandemic. All attendees were required to wear masks indoors, as there was no way to guarantee that everyone had been vaccinated.

Liz Tingquist, director of the diocesan youth and campus ministry, pointed out, however, that the pandemic put the retreat in a position to serve students in a unique way. The theme of this Search, “Once Lost, Now Found,” received extra attention compared to previous ones.

“Young people and adults could have felt a little lost during the past year and a half with the pandemic,” she said. “During this time of intense loneliness, leading to depression for some kids … we thought it was pretty appropriate because of what we’ve been through.”

The return of Search this summer was critical for Tingquist because the program relies on previous participants to serve on the team presenting the next retreat. With no retreats since December 2019, the diocese was left with few possible team members to turn to.

The diocese has hosted 148 Search retreats since 1969, ministering to more than 6,000 Catholic teens.

A team of 22 students are needed to serve, on the inside team to give the talks and lead group discussions, and on the outside team, which plans skits and works behind the scenes to coordinate the retreat.

Chris Herring, an adult team member for 13 years, noted this process also had to change this year.

“This year we have several college students that have been kind enough to come back and help us because (it’s) been so long since we’ve had a Search that we really didn’t have the pool of candidates to choose from,” Herring said. “And that’s changed things a little bit in … the maturity level of some, so you can kind of hear it in … the talks that I’ve heard that are from college students. They just seem to be a little bit more focused.”

One of the retreatants, rising senior Aubrey Lock, 17, a parishioner at St. Joseph Church in Conway, said she liked the skits.

“I really liked the skits because they’re able to physically show you struggles that we all go through,” she said. “It was really eye-opening to see the skits, it was very impactful.”

Rising junior Michael Elser, 16, who attends Christ the King Church in Little Rock, said he appreciated how he could relate the witness talks, especially because they “were given from the perspective of the people” in his age group. These talks covered such topics as “Who is Jesus?” and “Christian relationships.”

Something that Lock and Elser gravitated toward, however, was forming a faith-based community, which they believe will last even beyond the retreat.

“I’ve met a lot of new people, and that’s not normally something that I do,” Lock said. “I don’t normally reach out and meet new people and do stuff like this, so it’s been good for me.”

She said the experience has encouraged her to read her Bible more often and be more involved with her parish.

Tingquist said she is hopeful Search will continue to have a formative impact on students’ lives in 2021 and beyond.

“My prayer is that the Lord … will always make something good out of what at first seems like a negative experience for you personally, or what our world is going through right now,” she said. “I hope that there’s been planted the desire in people’s hearts --- in a time where opportunities weren’t available for them to grow spiritually … that that seed grows and blossoms.”

The next Search for juniors and seniors will be held Dec. 3-5 at St. John Center.

Craving God in his silence is proof he with us