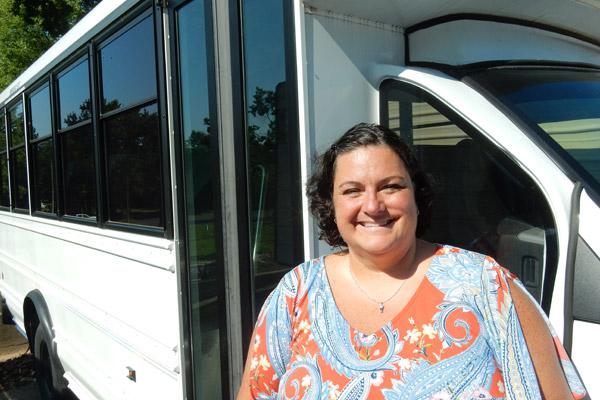 HOT SPRINGS – In an attempt to retain and attract students to St. John School, the school has begun offering its graduates partial scholarships to Catholic High School and Mount St. Mary Academy in Little Rock.

“We lose many kids to (public) middle school. It’s natural for them to be here from first through sixth grades. But many make the transition away when they enter middle school,” said Janet Edgar, St. John principal. “Catholic schools are closing down at alarming rates. We are hoping to reverse that trend.”

Edgar said Father George Sanders, pastor of St. John the Baptist Church, was trying to find ways to boost enrollment at the school. He believes providing parishioners a complete Catholic education from the first grade through 12th grade is necessary.

But the closest Catholic high schools are in Little Rock, which is about 60 miles away.

Father Sanders first came up with the idea in February 2020 to provide transportation for any student from the Hot Springs area to attend either Catholic High School or Mount St. Mary Academy. His prayers were answered when Paul and Sonny Carson agreed to donate a 14-passenger bus. The bus was bought last year, but because of the COVID-19 pandemic, the vehicle sat parked during the 2020-2021 school year.

During the coming school year, five students will be transported to the Catholic high schools in Little Rock.

Father Sanders and Edgar then developed the scholarship program to keep seventh- and eighth-grade children at St. John School.

“Father George is great,” the principal said. “He thinks outside the box, and he carries through with his ideas.”

The scholarship program is only for students who attend St. John from the first through eighth grades. The student’s family would continue to pay the same amount of tuition as for St. John when the child graduates eighth grade,  while St. John will pay the difference to attend Catholic High School or Mount St. Mary Academy.

Edgar said each student must apply for the scholarships and must maintain good grades. She said St. John School pledges to pay the scholarships for the entire four years as long as they remain in those two Catholic high schools.