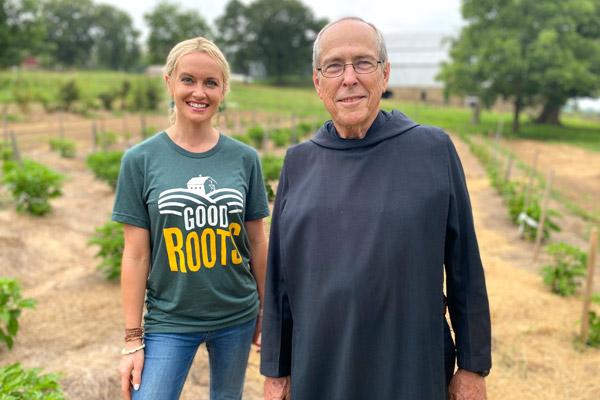 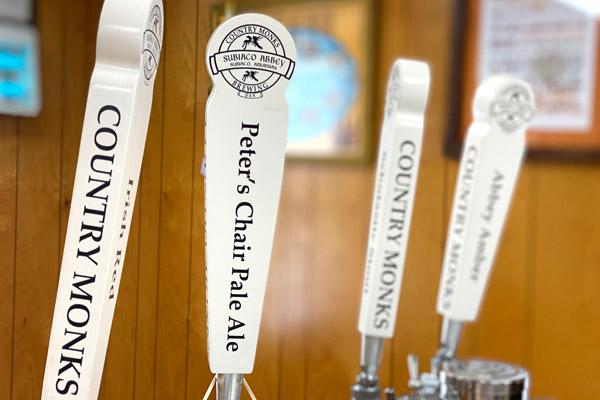 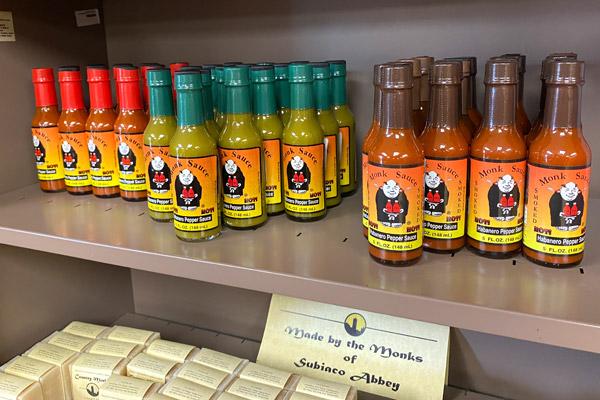 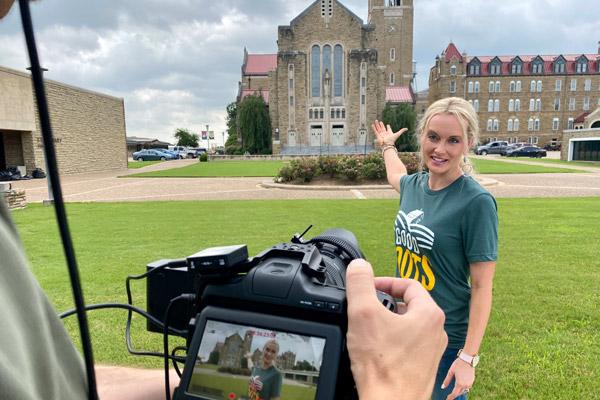 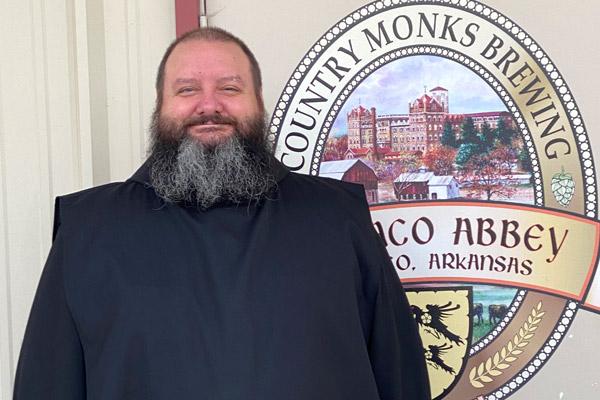 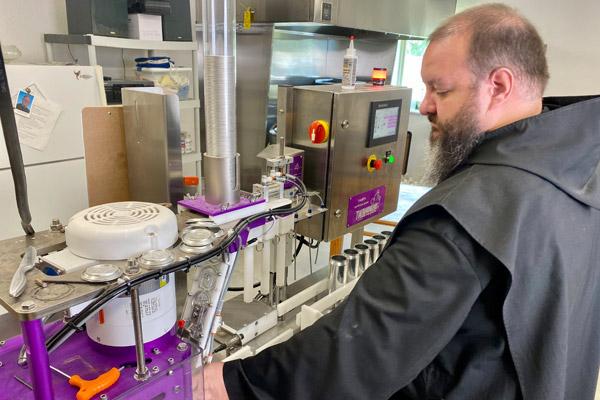 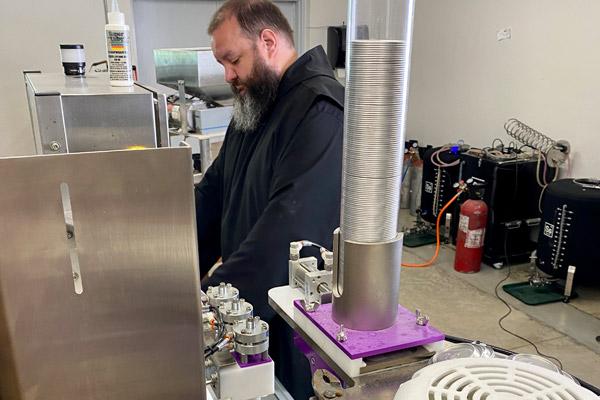 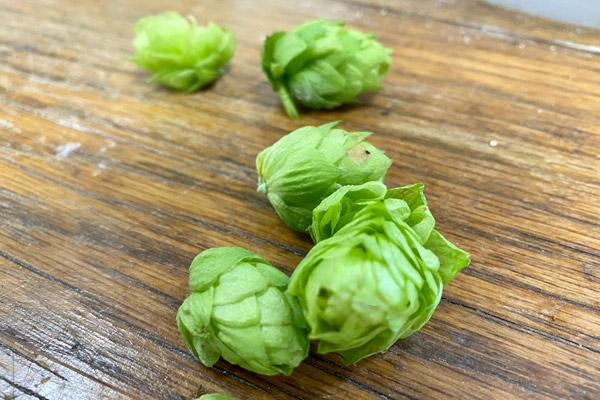 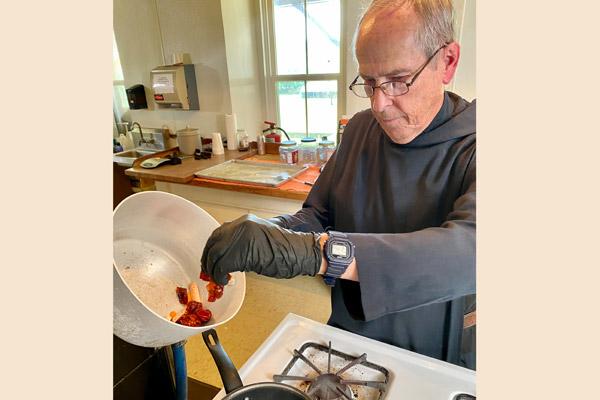 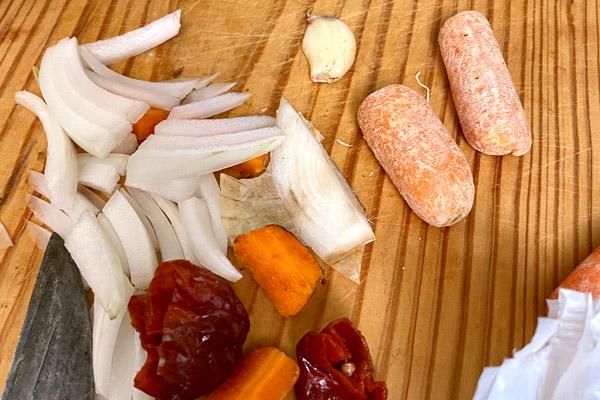 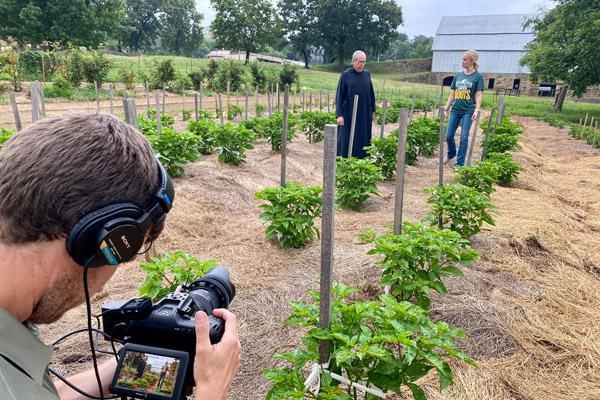 Subiaco Abbey, a Benedictine monastery in Logan County, was recently featured on the Arkansas PBS series “Good Roots,” a series examining rural life in the state. The episode, which aired July 13, focused on Father Richard Walz, the architect of the abbey’s famed habanero Monk Sauce, and Brother Sebastian Richey, in charge of Country Monks Brewing.

“Well, actually, it was quite good, I enjoyed it,” said Father Walz of the taping. “They were very professional.”

“I was super nervous, and I don’t think I did very well. I kind of stuttered through some of my stuff,” said TV rookie Brother Sebastian. “As I told Father Richard afterward, it’s amazing what they can get out of a segment. They pulled some lines and didn’t make me look like a complete fool.”

Patrick Green, founder of Green Media and field producer/director for the series, said the choice to visit Subiaco was relatively easy, given the novelty of a working Benedictine community in the Arkansas countryside.

“In our editorial meetings, the main category that Subiaco was in was agritourism,” Green said. “We were looking for something that maybe was beyond the traditional farm, something that was unexpected. We knew that a lot of people might have already known something about (the abbey). We wanted to tell a little bit more about who they are and then maybe tell people something they didn’t know. It ticked a lot of boxes.”

Green said the segment was more than just an oddity; he said he wanted to showcase the openness of the community as well as their work.

“Just their lifestyle in general; how they’re almost self-sustainable there with the stuff they grow and use,” he said. “We’re always looking for stories out there that maybe haven’t been told or maybe you knew Subiaco was there, but you didn’t quite know all that was happening there. This is a group of monks who are connected to the community and really want to share what they’re doing. We thought it was something unexpected and nontraditional and that’s ultimately what made the decision.”

Father Walz’s red and green hot sauce varieties first appeared in 2003, made from the fiery peppers grown from seeds he brought back to Arkansas from Belize. Recently, the line expanded to include a smoked red sauce, but the core element – substantial heat – has never wavered. This consistency has gained a loyal clientele, as well as the occasional spate of media coverage, enough to overcome even pandemic conditions.

“The pandemic didn’t hurt us very much, like it hurt our in-person sales in the gift shop. Basically, that was closed for 4 or 5 months,” he said. “Meanwhile, our online sales picked up dramatically, and we actually sold more hot sauce last year. I had to plant a lot more peppers this year in order to keep up with the demand, as it turns out.”

The beer operation’s 2020 told a different story. The brewery came online about three years ago and had just achieved enough momentum that discussions were being held to expand production. When COVID-19 arrived, everything changed.

“When COVID first hit, we shut down from March to the end of June,” Brother Sebastian said. “July, we went with curbside only. Near the end of January (2021), we started letting people inside to buy things, nobody staying inside drinking or anything. Father’s Day of this year was the first time we had people in the tasting room, drinking beer from the taps.”

“The one thing with craft beer is, you really need people to taste your product. People don’t want to buy something before knowing what it tastes like. So, when we went almost a year and a half without people trying the beer, we didn’t know what the effect of that would be.”

Brother Sebastian said despite the layoff, he’s optimistic about the future. In addition to building the in-person tasting room clientele back up, he’s got plans to explore wholesale clients, supplying kegs to local restaurants and other outlets. Publicity such as the PBS project can only help that effort, he said.

“COVID set us back a huge amount, one and a half years easily, back to where we were in the beginning. So now, we’re kind of doing things all over again,” he said. “We had some really great press in the beginning that helped drive people out here. We’ve had great articles, especially from the Arkansas Catholic. You couldn’t imagine the number of people who said, ‘Oh, we read the article and wanted to come see it. We had no idea there were monks brewing beer here.’ We have to get the name back out there.”