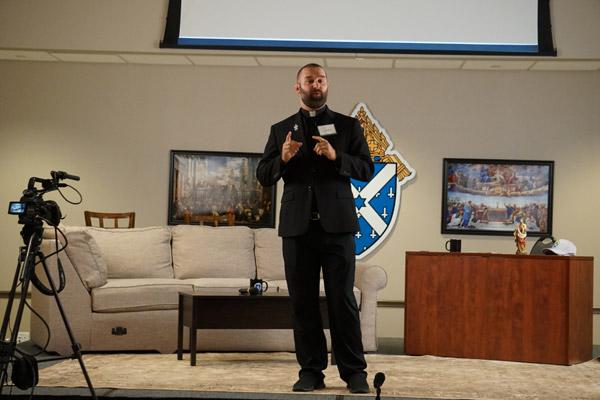 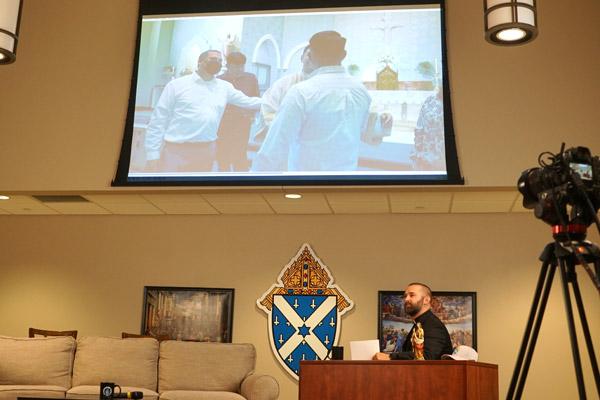 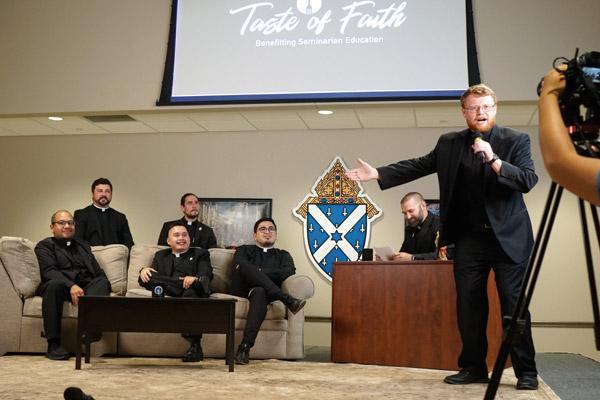 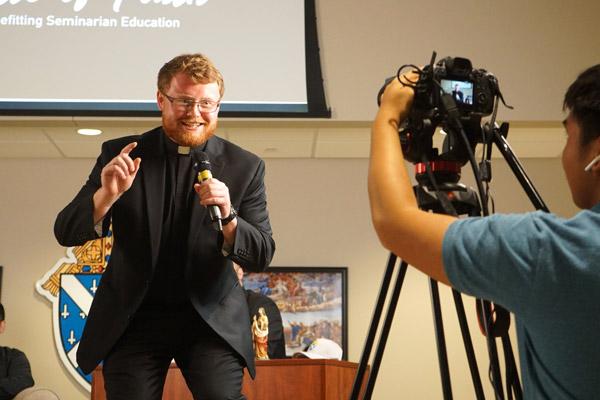 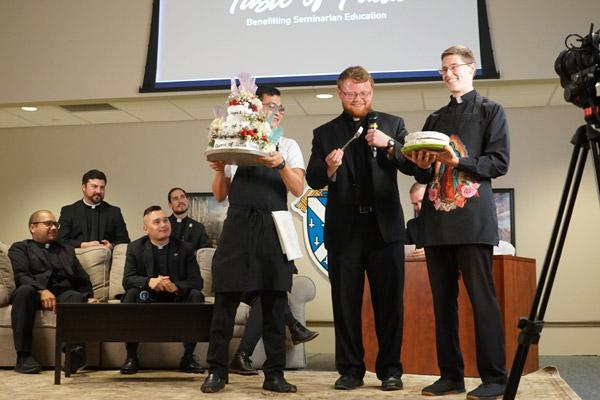 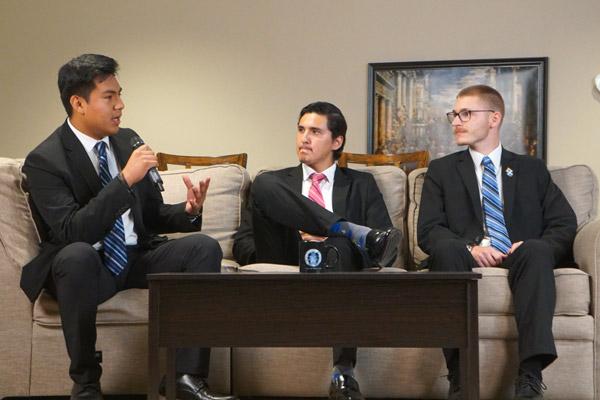 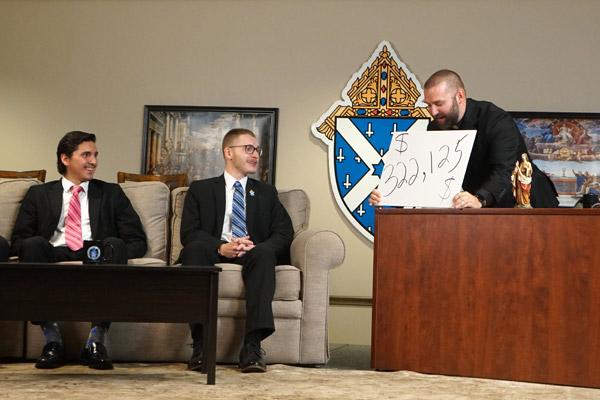 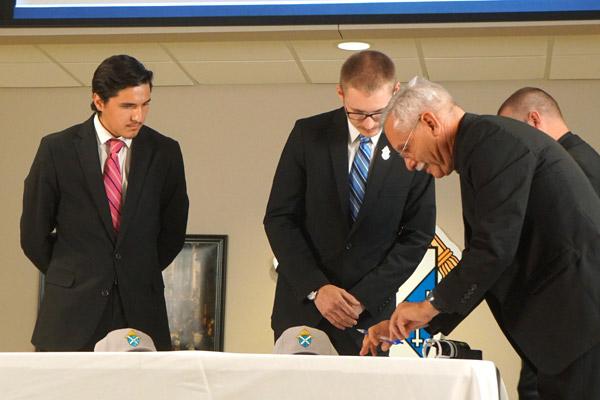 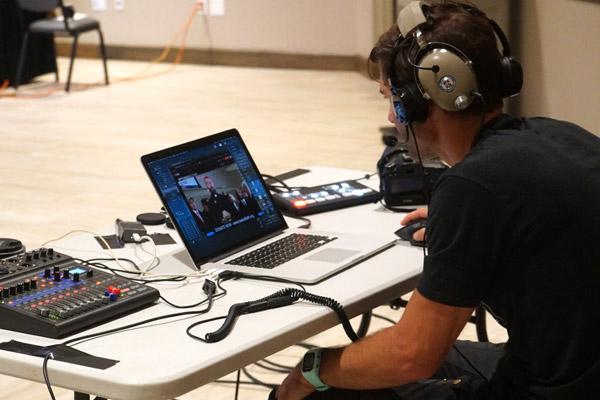 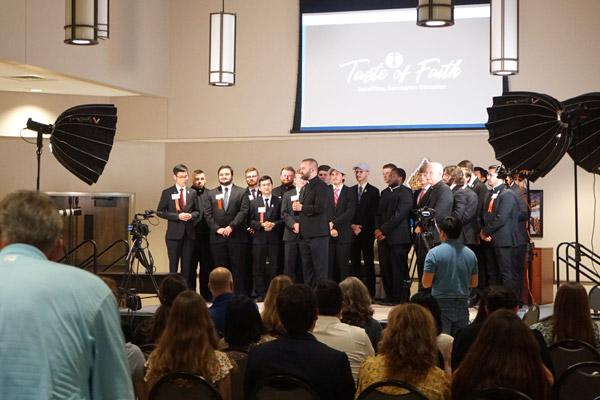 Virtual Taste of Faith fundraiser brings in more than $400,000 for seminarian education 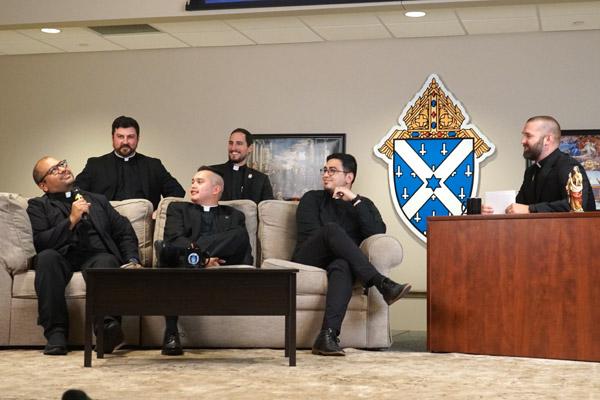 You can watch the replay by clicking here.

In true late-night-host fashion, Father Jeff Hebert trotted out on stage at Christ the King’s family life center in Little Rock Aug. 7, ready with a one-liner to greet the live audience and the viewers at home for the annual Taste of Faith fundraiser for seminarian education.

“Well, here we are to celebrate. This year’s theme is, ‘COVID, I hate you and why are we still doing this,’” Father Hebert said to an enthusiastic crowd.

Taste of Faith gathered virtually, raising more than $400,000 as of Aug. 9. All money goes directly toward housing and educating the diocese’s 23 seminarians for the 2021-22 school year. Their formation costs an estimated $1 million a year.

The annual fundraiser started as a dinner in Little Rock in 2010 that spread to different parts of the state, giving the faithful a chance to meet and hear the stories of seminarians.

Because of the continuing COVID-19 pandemic, only about 100 people, mostly families of seminarians, gathered to watch the event live, while most tuned in to the livestream on the diocesan YouTube channel, Facebook and on the new Taste of Faith website, tasteoffaith.org. At its peak, 140 devices watched the event live on YouTube, and another 90 devices watched it live on the diocesan Facebook page. Travis McAfee of Springdale produced the program.

“You know last year, just in comparison, we didn't have a live studio audience, we had the seminarians laughing on cue. So it felt much better being able to work with the crowd,” said Father Jeff Hebert, diocesan vocations director. “... I was so grateful for it. The people seemed to enjoy themselves, the seminarians certainly did so. It was just a great feeling the whole evening.”

“I think my favorite part of the night, something that people at home couldn't see, was when the (newly ordained priests) were watching the video of their stories. They were getting kind of emotional. It was just fun to see, they were kind of joking with each other. I saw some tears,” Father Hebert said.

Second-year seminarian Jackson Nichols, 19, of St. Paul Church in Pocahontas, engaged with people commenting on Facebook. One of his favorite comments was from a Knights of Columbus member, who said the group of men were playing bingo and watching the broadcast.

“It was really moving seeing people from all over the state that supported us. And people I've never met just reaching out and showing how much they care about the priesthood and about our formation,” Nichols said. “Just getting to interact with them on social media made it real -- there’s real people out there giving their time and money to support us so we can serve them one day.”

Seminarian Cory Eveld, 25, a parishioner of Sacred Heart Church in Charleston who is looking toward his 2024 ordination, pulled some laughs from the crowd and undoubtedly from viewers by judging a “bake-off” between seminarians Hong Nguyen and John Paul Hartnedy.

“Whenever I was young, I really liked ‘Saturday Night Live,’” he said, channeling a little of Chris Farley for his segment. “It wasn’t quite like that, but I was thinking about him. I kind of went out there and went with the flow.”

All joking aside, Eveld said knowing that people are donating toward his education, but most importantly praying for him, is touching.

“For me, it just makes me cry a lot. I think about it a lot,” he said. “I’ll go somewhere to a parish and someone will say, ‘We pray for you by name.’”

“At the end of the day, it's really not about the money. It's not about the fundraising. It's actually an opportunity to come celebrate the faith that we share, what it means to be Catholic in the diocese,” Father Hebert said. “And so it's not so much motivated by trying to reach more and more people. It's more of how can I gather more and more people in to celebrate the actual event?... This is not a business. This is the faith. So I want the people to know that. Obviously we rely on your generosity, but I am totally submitted to the providence of God. Whatever is given to us will be enough for us to form your future priests.”

To watch the replay or donate, visit tasteoffaith.org.

You can watch the replay by clicking here.