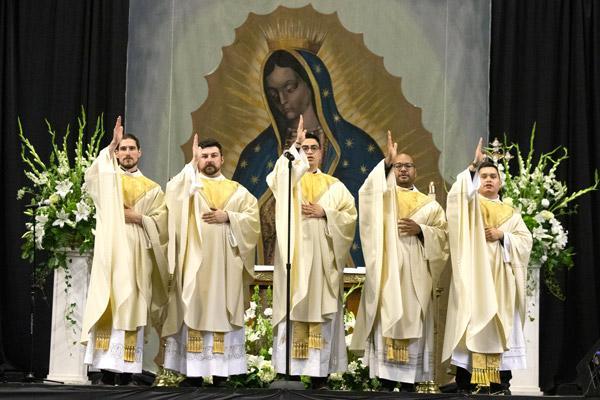 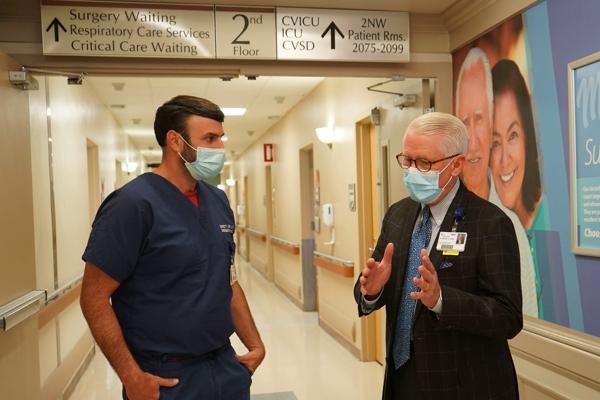 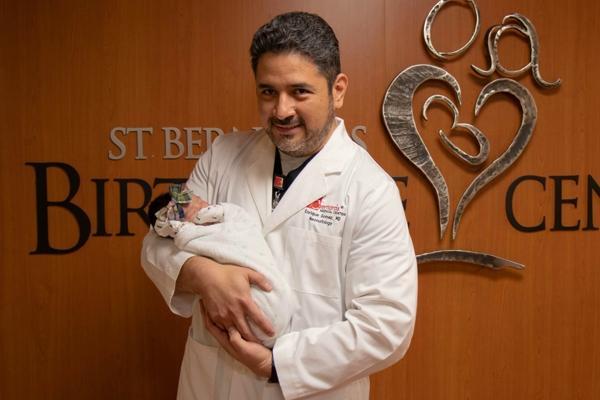 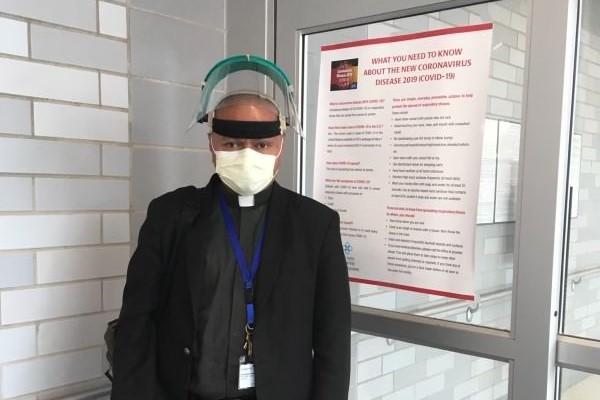 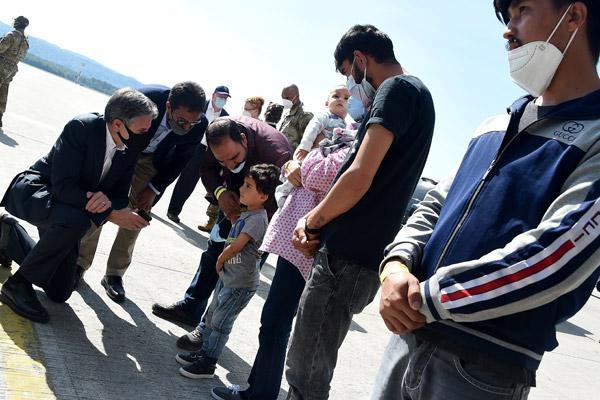 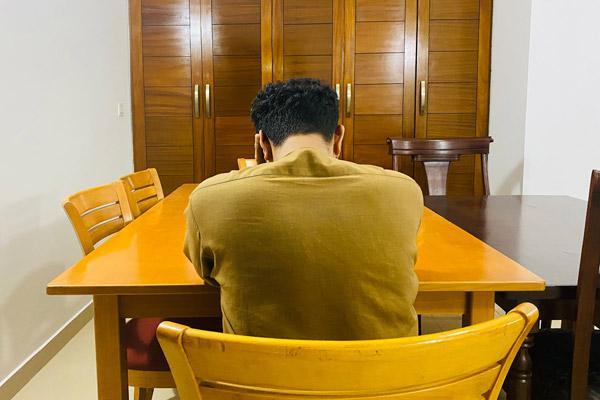 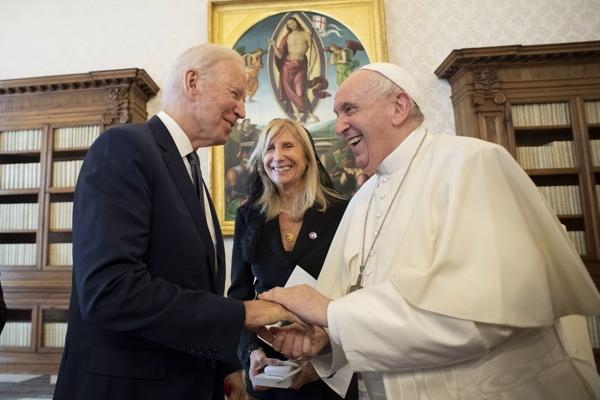 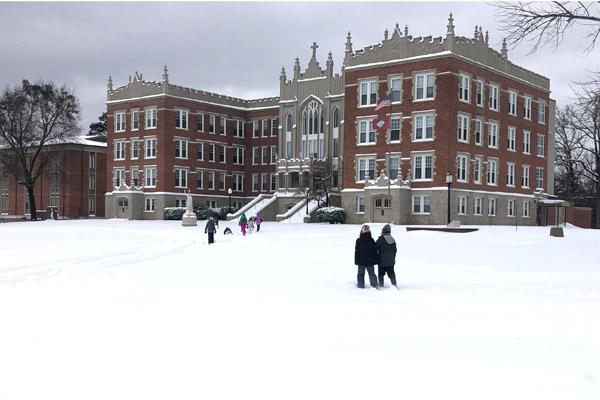 10 people who inspired us

10 Big moments in the life of the Church:

In case you missed it, here are some 2021 Arkansas Catholic special sections, series and in-depth articles. These and all articles can be found by subscribing to our free digital edition, digital.arkansas-catholic.org

“Let us not grow tired of doing good, for in due time we shall reap our harvest, if we do not give up. So then, while we have the opportunity, let us do good to all, but especially to those who belong to the family of the faith.” Galatians 6:9-10

After living through the first year of the historic COVID-19 pandemic, 2021 was a year of perseverance.

The miracle of the COVID-19 vaccines helped many feel a sense of normality. Families and friends shared meals together once again, vacations were booked and people slowly began coming back to Masses  — many maskless. However, new virus variants have surfaced with a vengeance, including the delta variant, which left and continues to leave hospitals overwhelmed. It’s often been a year of one step forward and two back. Like a candle flickering amid the endless night, many Catholics in Arkansas and worldwide have worked hard to be a beacon of hope, bringing the message of Christ to the most vulnerable. No matter what tomorrow brings, we are called to never give up.

In the historic Barton Coliseum in Little Rock that has seen everything from bull riders to rock ’n’ roll greats like Bruce Springsteen, about 1,800 faithful flocked to the arena for the first time to celebrate the priestly ordinations of Fathers Emmanuel Torres, Brian Cundall, Omar Galván, Ben Riley and Alex Smith. The three-hour ordination was celebrated by Bishop Anthony B. Taylor, with concelebrants Archbishop Emeritus J. Peter Sartain, formerly the bishop of Little Rock, and Bishop Francis I. Malone of Shreveport, longtime pastor of Christ the King Church in Little Rock. Preparation was extensive, from work by the vocations office, parishes organizing transports for various ministries and groups and a guide of what exactly to expect from an ordination, published in Arkansas Catholic.

It was more than the typical ordination, but rather a celebration after the uncertainty of 2020. Bishop Taylor explained it was a “golden opportunity” for the faithful come together and “thank the Lord for his many blessings, for guiding us through this pandemic, to pray for those who have died and to rejoice in finally being able to once again look to the future with these ordinations and with our step-by-step, gradual return to normal parish life.”

According to the U.S. Department of Health & Human Services, the first mass distribution of COVID-19 vaccines began Dec. 14, 2020. On Dec. 21, 2020, Bishop Anthony B. Taylor released a statement after both Pope Francis and the United States Conference of Catholic Bishops confirmed the vaccines were not only morally permissible but encouraged by the Church. Some questioned it, as two vaccines  — Pfizer and Moderna  — were tested using abortion-derived cell lines from 1970s. Later, the Johnson & Johnson vaccine was approved and both tested and developed using the cell lines but remains permissible to receive.

Bishop Taylor stated: “I commend these concerned persons for their careful consideration of this matter, but I also wish to be very clear here: receiving the vaccine is morally permissible. In fact, to be vaccinated against COVID-19 now is morally praiseworthy inasmuch as it protects the health of the person being vaccinated and likely protects others as well.”

Health care workers, educators and the elderly were the first to receive COVID-19 vaccines in late December and the first months of 2021. Late in 2021, booster shots for the three vaccines were encouraged and approved for all, as initial vaccine efficacy wanes and new virus variants threaten to prolong the pandemic.

On May 9, Bishop Taylor announced that masks were optional at Mass as the Centers for Disease Control and Prevention also announced relaxed mask-wearing guidelines. Today, masks are again encouraged and required at many businesses, but there is no diocesan requirement at Masses.

The Catholic Schools Office required masks for all elementary schools in the fall, as those under 12 were not yet eligible to receive a vaccine at the time. The Catholic high schools, though not required by the diocese, also instituted mask policies. As vaccines have opened for those as young as 5, the school’s office will no longer require elementary schools to wear masks beginning in January.

Despite the pandemic, many ministries to the homeless, grieving, prisoners, food pantries, etc., worked hard to tailor their outreach efforts so the most vulnerable were not forgotten. As of Dec. 8, there were 8,769 COVID-19 deaths and 1.46 million individuals fully immunized in Arkansas.

After 20 years, the United States withdrew military forces from Afghanistan, having spent years helping to equip the Afghan military to provide stability in the country. However, the Taliban quickly regained power. This spurred a humanitarian crisis, and 100,000 civilians were evacuated through the U.S. State Department’s Afghan Placement Assistance Program. Gov. Asa Hutchinson announced Sept. 16 that Arkansas would resettle 98 Afghan refugees with the help of faith-based organizations and sponsors. Forty-nine individuals were resettled with the Diocese of Little Rock’s Refugee Resettlement Office through the United States Conference of Catholic Bishops' Migration and Refugee Services. It was the first time the diocesan office had resettled anyone in five or six years. The four families and one individual arrived and were being directly helped by several interfaith communities and Catholic parishes, including Immaculate Conception Church in North Little Rock and Christ the King Church in Little Rock.

About 50,000 refugees were left behind, waiting for help, including Shadab, an 18-year-old Afghan student who was supposed to start school in the fall at Subiaco Academy. While his student visa was turned down twice, he is still hoping he can get to the U.S. safely, along with his family.

“I just hope, and I'm looking forward to that day that we can travel to the U.S. and to continue our normal day and a normal life,” Shadab said in August. “To study and to work for the future and be a benefit for the people that are living in this world.”

On Jan. 6, rioters who disputed the outcome of the 2020 presidential election in which former President Donald Trump lost to President Joe Biden, attacked the U.S. Capitol. There were five deaths resulting from the riot, law enforcement officers were assaulted and property was vandalized as hundreds occupied the building for hours. It was a grim day in American history, marking the first time the Capitol had been breached since 1814.

The inauguration of President Joe Biden, the second Catholic president in the history of the United States, took place Jan. 20. The invocation was led by Jesuit Father Leo O’Donovan, director of mission for Jesuit Refugee Service, and Amanda Gorman, a Catholic and the first youth poet laureate at 22 years old, read her now celebrated poem “The Hill We Climb.”

Biden has been heavily criticized for his pro-abortion policies since taking office. The president met with Pope Francis at the Vatican Oct. 29. Biden told the press the two did not discuss abortion, but climate change, poverty and other issues, stating, “We just talked about the fact he was happy that I was a good Catholic, and I should keep receiving Communion.”

In an analysis by Catholic News Service’s Cindy Wooten, she stated, “As Pope Francis has made clear throughout his pontificate, defining someone as a good Catholic or a good Christian does not mean canonizing them or approving of everything they say and do. Rather, good Christians recognize they are sinners in need of God's forgiveness and grace, and they are committed to continuing the journey.”

Catholics prepared for the Lenten season on Ash Wednesday Feb. 17 with masks, social distancing and sprinkled ashes rather than drawn to keep up with safety guidelines for the COVID-19 pandemic. But one thing caught most by surprise  — a snow storm.

On Valentine’s Day, as much as 20 inches of snow was dumped in some parts of Arkansas, causing power outages, closed businesses, postal delays and accidents. In Central Arkansas, snow continued to fall into early Feb. 18. Many Masses were canceled throughout the diocese. Some parishes went forward with Ash Wednesday Masses, but most were livestreamed. Several parishes, parish halls and schools sustained damage from not only the deep snow, but extreme cold causing pipes to burst, including St. John Church’s Adult Center in Russellville, St. Bernard Church in Bella Vista, Christ the King School in Little Rock and Trinity Catholic School in Fort Smith

Father Jason Tyler, pastor at St. Joseph Church in Fayetteville, said in a Feb. 25 Arkansas Catholic article about the snowstorm, “One thing is to remember that God is with us even in all this craziness, especially in all this craziness. It’s like when I preach at a funeral for someone who died tragically. The question can come up in some minds, ‘How can God allow this?’ … Think about how horrible it would be to not have God in our lives. ... Knowing that we can trust in God and rely on him should be a source of strength for us.”

10 people who inspired us

10 Big moments in the life of the Church:

In case you missed it, here are some 2021 Arkansas Catholic special sections, series and in-depth articles. These and all articles can be found by subscribing to our free digital edition, digital.arkansas-catholic.org

Returning to full color: My story of self-acceptance