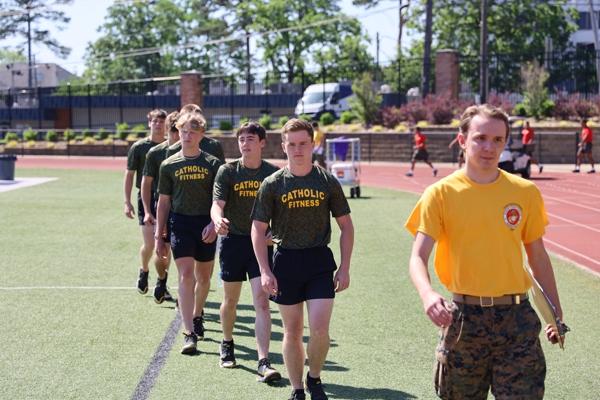 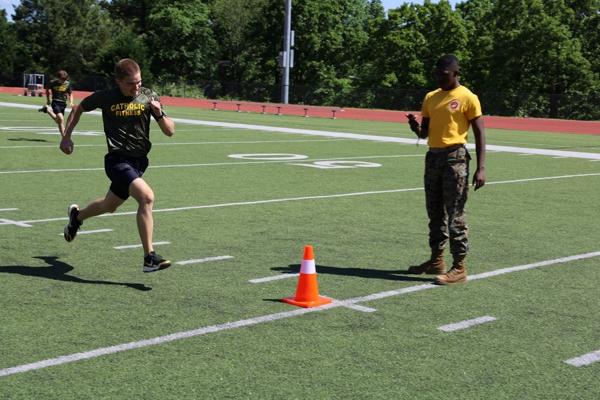 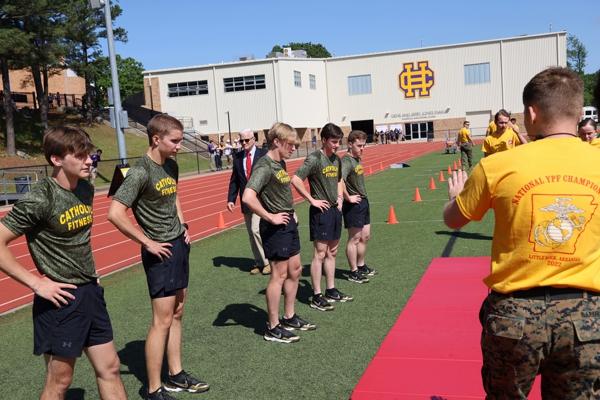 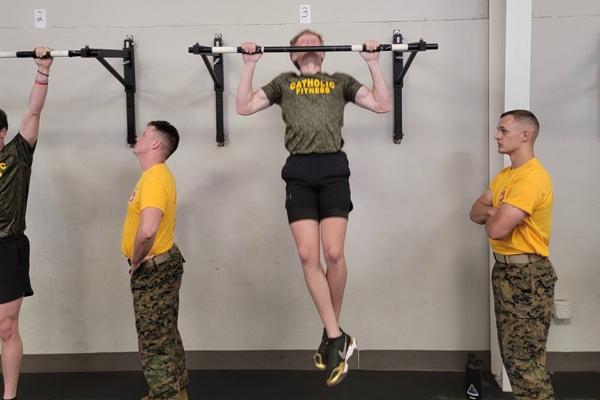 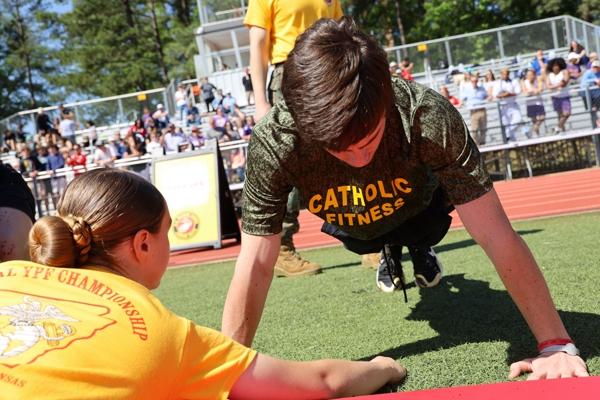 Coach Sgt. Maj. R.S. Jernigan has racked up nine national titles in the past 14 years 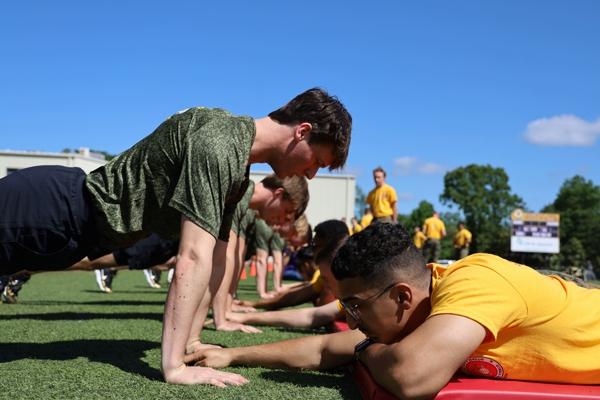 “Whenever I took a team out to the national championships, everybody’s got different tastes for what they want for dinner afterward,” said Jernigan, team coach. “They couldn’t make their mind up. I said, ‘We’re going to Denny’s because it has different selections for everybody.’

There must be something in those buttermilk pancakes because Jernigan’s program has racked up title after national title, the most recent May 7, when CHS hosted the competition on its own field for the first time. There, the all-seniors squad of Sam Robinson, Cole Mock, Gavin Kyer, C.J. Matthews, Luke Jacuzzi and Christian Dawson ran away from the competition to deliver Jernigan his sixth straight national title and his ninth overall in 14 years with the Little Rock school, plus two for nearby Mount St. Mary Academy for good measure.

"the all-seniors squad of Sam Robinson, Cole Mock, Gavin Kyer, C.J. Matthews, Luke Jacuzzi and Christian Dawson ran away from the competition to deliver Jernigan his sixth straight national title and his ninth overall in 14 years with the Little Rock school"

Jernigan plays no favorites when talking about his national title teams, but given the tone in his voice, it’s clear this year’s squad was something special.

“They won by 196 points. That’s a lot for physical fitness. That’s huge. They had domination,” he said. “I couldn’t ask any more from them. They put out 110 percent, and they did what they needed to do.”

None of the other six teams in the competition, hailing from Texas, California, Mississippi, Illinois and Pennsylvania, could touch the home team, scoring second-place Reading, Pa., 2,291 to 2,095. Richwoods, a team from Illinois, was third with 2,002 points.

Kyer said he was confident heading into the competition, even though some scheduling delays initially knocked the squad off its stride.

“Going into it, we had the adrenaline, but our start was a lot more delayed than we thought,” he said. “Having to deal with the high of the adrenaline and then coming off of it, rather than competing while we were on that adrenaline high, kind of threw us off a little bit. But I feel like our confidence wasn’t shaken at all. In the moment, we knew that we were the best, and we got the win.”

“We were all obviously kind of nervous for it, but I think we were all pretty confident about how hard we’ve been working,” Jacuzzi added. “We were pretty confident in what we could do. It was cool because we got to have all of our friends and classmates come out and watch us. It felt nice, especially at home, to win.”

Given the team’s dominant performance, it’s hard to imagine what they would have done to the field had they competed without nerves and in stride. In addition to the team overall, Catholic produced four of the top five individual scorers, led by Matthews in first place, Mock in second and Jacuzzi in third. Kyer placed fifth overall, with Robinson in 10th.

Asked what it meant to win a national title on their home turf, some competitors were at a loss for words.

“It was an awesome feeling,” Matthews said. “I don’t know how to explain it. It was awesome.”

“It felt great,” Mock said. “To be honest, it feels like this is where it should be held every year.”

The team had the additional honor of sending their coach out on top. Sgt. Maj. Jernigan, who will retire this month, said he didn’t want them to win it for him, but each athlete said the accomplishment was all the sweeter given the circumstances.

“It meant everything,” Robinson said. “I’ve been working up to this for three years. I could have done better, but I’m happy with what I got. I’m glad I got to do it for him.”

“It was pretty amazing,” Dawson added. “It was my first full year of physical fitness at Catholic. It is an honor to be a part of (Jernigan’s) legacy here because he’s done so much, and we’re proud to support him.”

As for next year, Jernigan leaves behind a cupboard stocked with talent as well as his novel training secret for producing consistent excellence.

“I’ve got coaches coming up at nationals and after nationals, and they want to know what I do. I’m like, ‘You haven’t heard about this new program?’ ‘No, what’s that?’ They’re getting ready to write this down,” Jernigan said. ‘Yeah, it’s a new program. It’s a new concept. It’s called W-O-R-K. It’s hard work.’”

“I tell these boys you get out of it what you put in. If you put in the hard work, you’re going to get the result. It’s not just about physical fitness, it’s about your family life, your religious life. You put in the work, you put in the effort, you get results.”