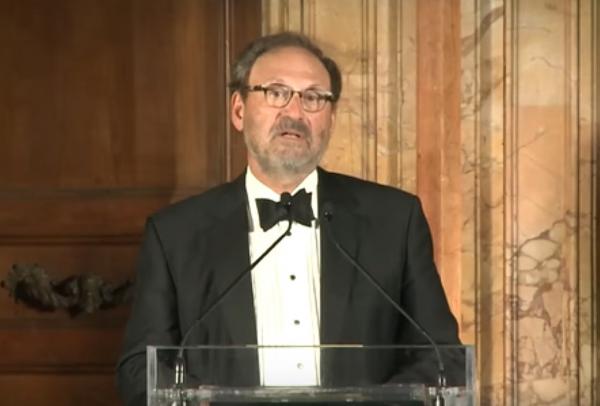 In his first public comments since the U.S. Supreme Court overturned its nearly 50-year-old decision that legalized abortion, Justice Samuel Alito said writing the ruling was an "honor."

Delivering a July 21 keynote address at a gala dinner in Rome sponsored by the University of Notre Dame Law School’s Religious Liberty Initiative, Alito said that at first he did not plan on providing examples of criticisms to decisions handed down by foreign courts.

However, "I've had a few second thoughts over the last few weeks since I had the honor this term of writing I think the only Supreme Court decision in the history of that institution that has been lambasted by a whole string of foreign leaders who felt perfectly fine commenting on American law," he said.

"One of these was former Prime Minister Boris Johnson, but he paid the price," he said, insinuating that Johnson's criticism of the court's ruling led to his July 7 resignation.

"What really wounded me was when the Duke of Sussex addressed the United Nations and seemed to compare the decision, whose name may not be spoken, with the Russian attack on Ukraine."

In late June the Supreme Court issued a 213-page decision that stated there was no constitutional right to abortion in the United States.

"We hold that Roe and Casey must be overruled," Alito wrote in the court's majority opinion. Casey v. Planned Parenthood is the 1992 decision that affirmed Roe v. Wade.

The video of Alito's keynote address was released on the official YouTube page of Notre Dame Law School July 28, more than a week after he delivered his remarks.

Attendance at the Religious Liberty Summit was by invitation only. Furthermore, according to the summit's schedule on their website, Notre Dame Law School’s Religious Liberty Initiative did not include Alito among its list of speakers.

However, he said he was particularly hurt by remarks made by Prince Harry, Duke of Sussex, during a speech at the United Nations July 18 marking Nelson Mandela International Day.

In his address, Prince Harry said issues ranging "from the horrific war in Ukraine to the rolling back of constitutional rights here in the United States" were "a global assault on democracy and freedom."

"What really wounded me," Alito said, "was when the Duke of Sussex addressed the United Nations and seemed to compare the decision, whose name may not be spoken, with the Russian attack on Ukraine."

The justice also said that in order to "win the battle to protect religious freedom in an increasingly secular society, we will need more than positive law."

"Religious liberty is under attack in many places because it is dangerous to those who want to hold complete power," Alito said.

Attacks against religious liberty, he added, also probably grow "out of something dark and deep in the human DNA: a tendency to distrust and dislike people who are not like ourselves."