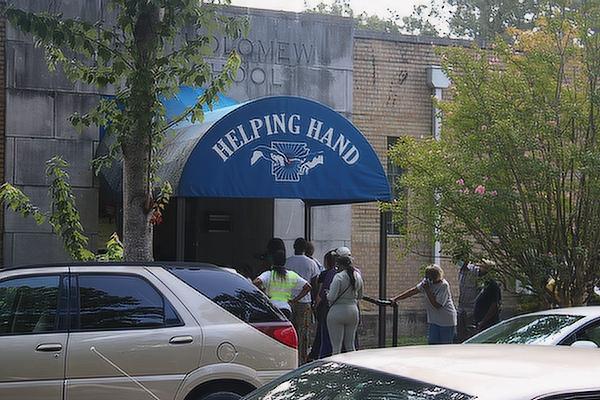 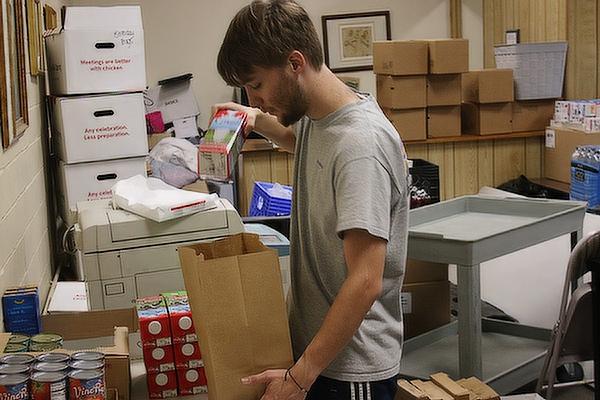 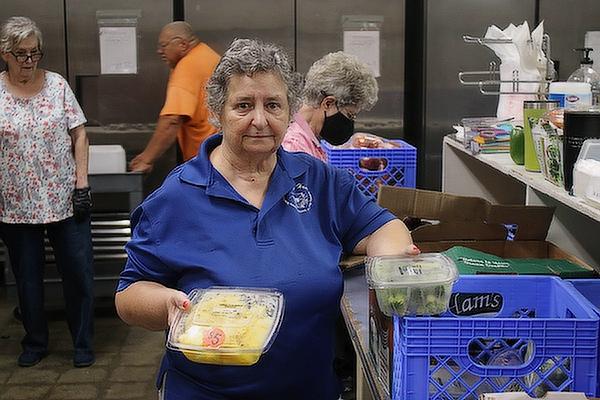 At the beginning of September, a gallon of store-brand milk sold for $4.15 in Little Rock. A year earlier, it was nearly $3. Other staples, like bread, eggs, meat and vegetables, have also seen their prices rise. Add in volatile gasoline prices, and the cost of living is increasing across the state and nation.

The combination of inflated prices and low-wage growth is making a negative impact on many, but none more than the unemployed or under-employed. Across Arkansas, food banks and pantries said they are seeing an influx of clients looking for help to put a meal on the family table.

Gayle Priddy, a member of Immaculate Conception Church in North Little Rock, is director of Helping Hand of Greater Little Rock, a food pantry and thrift shop that provides groceries, clothing, medical supplies and limited financial assistance for rent and utilities to families in need in central Arkansas. She said she has witnessed an increased need from her client base as costs have increased as the world rebounded from the COVID-19 pandemic.

“More and more people are coming. Our numbers have certainly increased,” Priddy said, explaining Helping Hand served 880 families for the first time in August 2022 compared to 511 in August 2021.

“The cost of living has gotten to the point where if somebody is working for $15 an hour, which is a really high-paying job in most of Arkansas, they’re making $31,000 a year before taxes,” Eikenberry said. “By the time you start dividing all that up, especially if they have a family, the food banks and pantries are becoming part of our food-insecure neighbors’ monthly budget."

“They may have a job, but they are not making enough to purchase food, gas for their car, insurance, rent. Their money just doesn’t stretch that far,” she said. “And even though the kids are in school and may get some meals, they’re still hungry. There’s still a family that they have to feed.”

Christine Jordan, CEO of the Food Bank of Northeast Arkansas in Jonesboro, said grocery prices have been trending up for quite some time going back to the supply chain issues during the pandemic, but the number of people who rely on her organization has increased dramatically and led to some heartbreaking situations.

“We typically don’t run out of food at our mobile distribution, but in the last couple of weeks, we’ve seen an increase in the number of people coming, and we have actually turned away people at some of our mobile distributions,” Jordan said. “We’re hearing from a lot of people that we’re serving that they’ve used their funds to make ends meet, and now they don’t have an emergency nest egg.

“I’ve been doing this for a lot of years, and I never cease to be amazed at the number of people who don’t think that hunger is an issue in Arkansas or the United States,” she said. “It may look different than a third-world country. But the fact of the matter is, we have millions of people in the United States that don’t know where they’re going to get their next meal. They don’t have the resources to purchase food adequately for their families. We have almost 66,000 food-insecure people, and that’s just right here in northeast Arkansas.”

Kent Eikenberry, president and ?CEO of the Northwest Arkansas Food Bank in Springdale, said since the first of the year, his organization has been averaging more than 400 first-time visitors a week.

“We’re certainly seeing an impact from inflation,” Eikenberry said. “Those people who were living on the edge, inflation has pushed them over the edge.”

He points out that a dozen eggs that until recently cost 88 cents at his local store is now more than $3.

“And it’s across the board,” he said. “We really thought that once COVID was over things would settle down a little bit, but we’ve gone right into inflation, so the need has continued to be there.”

While a push for increased pay, especially minimum wage, has been popular, he said some numbers just don’t add up.

“The cost of living has gotten to the point where if somebody is working for $15 an hour, which is a really high-paying job in most of Arkansas, they’re making $31,000 a year before taxes,” Eikenberry said. “By the time you start dividing all that up, especially if they have a family, the food banks and pantries are becoming part of our food-insecure neighbors’ monthly budget.

“It’s hard for parents to have to make that decision whether or not they’re going to feed their kids,” he said. “I’m just thankful that we’re there and able to help, and the community helps them.”

While recent price inflation is a major concern, Priddy said Helping Hand is still working through lingering COVID-related precautions to keep its clients, staff of two and many volunteers healthy. The organization has limited the number of people it allows in its building on the campus of the former St. Bartholomew High School, and all must wear a mask.

“Pre-pandemic, we had 75 volunteers a day here, and we were open to one o’clock. Now, we work with 10 to 12 volunteers at a max, have to close at noon, and the average age of a volunteer is 72,” she said.

Still, the pantry serves up to 100 families a day.

Still, the organization gives away sacks of groceries that normally have seven or more canned goods, rice, dry beans, peanut butter, cereal, macaroni and cheese, spaghetti, spaghetti sauce, crackers, cookies, meat, fresh produce and a dessert that covers a minimum of one week for an average family of three.

Because Helping Hand isn’t letting clients into the building, it has temporarily closed its thrift store, a much-needed source of income to buy food when needed. Priddy said she does not have a target date for the store to reopen.

“I would like to get it open because some of my volunteers want to come back, and our clients certainly want to come back,” she said. “I had a yard sale in May before it got too hot. Probably in October, I’ll have another one.”

Arkansas’ food banks and pantries receive the food and items they give away from multiple sources, including the USDA, food rescue agencies and local organizations, churches and schools. When supplies are low, they rely on financial donations to buy food and goods.

“I don’t think the grocery sector has fully recovered from that,” she said. “Food banks are feeling the same pain points that individuals are feeling with inflation. Our donations are down. When grocery store shelves are bare, that means a lot of our donors don’t have the additional inventory that they would normally donate. That means we have to purchase things that don’t get donated. Everybody’s dollar stretches a little less than it did previously. It’s tougher on us to fill that gap because we’re having trouble getting resources.”

When she became director of Helping Hand in August 2013, Priddy worked with Arkansas Children’s Hospital to establish a garden that helps patients with their rehabilitation and provides fruits and vegetables to the hungry.

“My goal was to give more fresh produce because we didn’t have much, so the produce from that garden comes here for us to give out,” she said. “We have watermelons, cucumbers, purple hull peas, banana peppers and green beans that we’re able to sack up and give away. Our clients love getting fresh vegetables.”

“Just yesterday, we received 18 boxes of meat because the boxes were damaged  —  torn  —  and the grocery store wouldn’t take them, but the meat inside was still sealed,” Priddy said. “That’s good food that we were blessed to receive and give to our clients.”

Earlier this month, Unilever donated $250,000 worth of health and personal care products to the Northwest Arkansas Food Bank.

“Those are things that our neighbors need, and we’re not in a position to go out and buy,” Eikenberry said.

Priddy said it is not rare to see people so hungry that when they get food from Helping Hand they immediately begin devouring it on the pantry’s front lawn.

In addition to food, many food service organizations also provide new parents with the essentials  —  clothes, blankets, diapers, baby wipes, bottles and pacifiers  —  they need when they bring their infants home.

With the holidays approaching, food banks are doing what they can to ensure the less fortunate can enjoy the season with a special meal.

“We do Thanksgiving dinner boxes, and it’s everything they need,” Priddy said. “If we couldn’t do this, some of these people would not have a special Thanksgiving meal. At Christmas, in addition to the food we provide for the family, we add toys for children up to age 10.”

Be it the holidays or an average Tuesday, being able to help others is the main concern of the state’s food banks and pantries.

“We’re here to help God’s people; we do God’s work here,” Priddy said. “He provides for us, so we provide for those in need. We were blessed. We just pass the blessings on.”