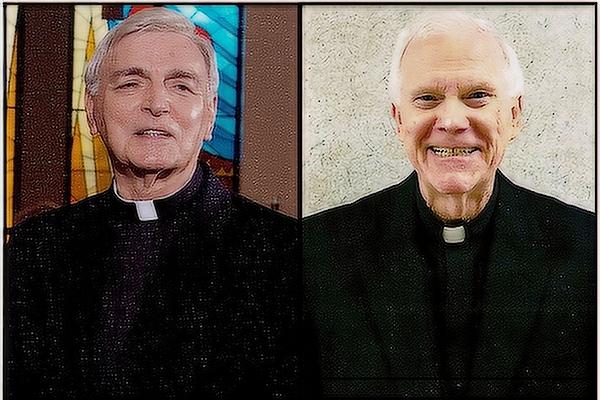 Father Joseph Pallo and Father James Fanrak, who both moved to Arkansas to serve the Diocese of Little Rock, have died.

Father Joseph Pallo, 92, former pastor of Immaculate Conception Church in Blytheville and its mission in Osceola for 22 years, died Oct. 27.

After retiring in 2011, he moved to Orange County, Calif., to be closer to family. He volunteered at St. Vincent de Paul Church in Huntington Beach, Calif.

A native of Cleveland, he was born on Sept. 10, 1930. He attended St. John Home Missions Seminary in Little Rock and was ordained to the priesthood by Bishop Albert L. Fletcher at the Cathedral of St. Andrew on May 27, 1961.

In 1967, Father Pallo served as chaplain of St. Vincent Infirmary in Little Rock. He was assistant director of Catholic education for the Diocese of Little Rock, diocesan director of the Newman Apostolate, diocesan youth director and vocations director.

In addition to serving as pastor, Father Pallo ministered as an auxiliary chaplain at Eaker Air Force Base in Blytheville until it closed in 1992.

He is survived by one brother, Albert Pallo; nieces and nephews in the United States; and cousins in Slovakia.

The Mass of Christian Burial will be celebrated at St. Vincent de Paul Church in Huntington, Beach, Calif., Nov. 7.  A rosary and viewing will occur at 10 a.m. followed by the funeral Mass at 11 a.m. Burial will be in at Good Shepherd Cemetery next to the church.

He moved to Mountain Home this summer after he retired as pastor of Mary Mother of God Church in Harrison and St. Andrew Church in Yellville, where he served since 2010.

Father Fanrak attended St. Charles Borromeo Seminary in Philadelphia and was ordained June 5, 1971, at Our Lady of Ransom Church by Cardinal John Joseph Krol for the Archdiocese of Philadelphia. He taught at Salesian High School in Wilmington, Del., and Northeast Catholic High School in Philadelphia from 1971-1980. He then served in parish ministry as an Oblate of St. Francis de Sales in Virginia and Pennsylvania.

In the 1990s, Father Fanrak discussed the priest shortage in the Diocese of Little Rock with Philadelphia native Msgr. Bernard Malone, then-pastor at St. Patrick Church in North Little Rock.

“He was kind of my mentor in a way and my introduction to Arkansas,” Father Fanrak said told Arkansas Catholic in June 2021.

With Bishop Andrew J. McDonald’s blessing, Father Fanrak became associate pastor of St. Peter the Fisherman Church in Mountain Home in April 1991. In 1993, he was incardinated into the Diocese of Little Rock.

He served on the Presbyteral Council and as dean of the North Ozark Deanery.

There are no immediate survivors.

The vigil and rosary will be at 6 p.m., Sunday, Nov. 6 at Mary Mother of God Church in Harrison. A Mass of Christian Burial will occur at 11 a.m. Monday, Nov. 7, also in Harrison. Burial will take place at 11 a.m., Tuesday, Nov. 8 in the Priest Circle at Calvary Cemetery in Little Rock.

A Catholic You Want to Know: Connie Boutwell