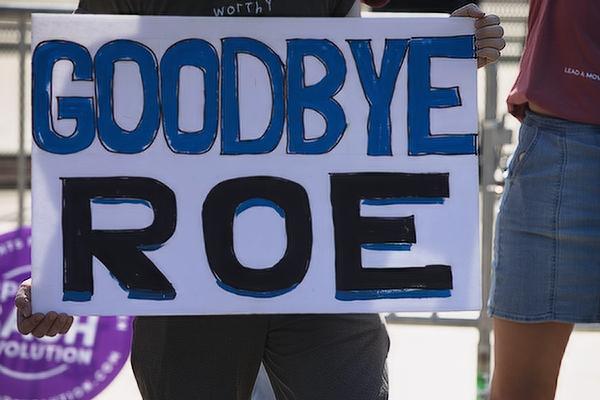 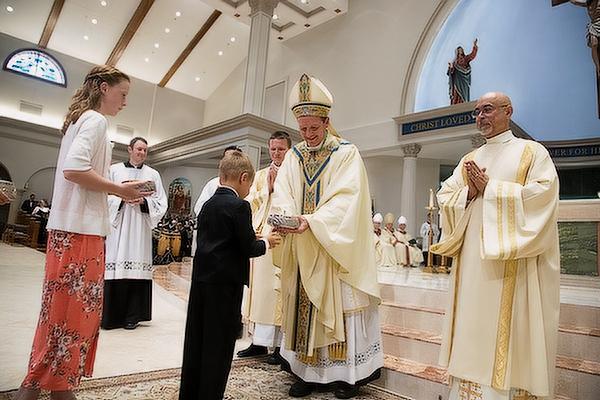 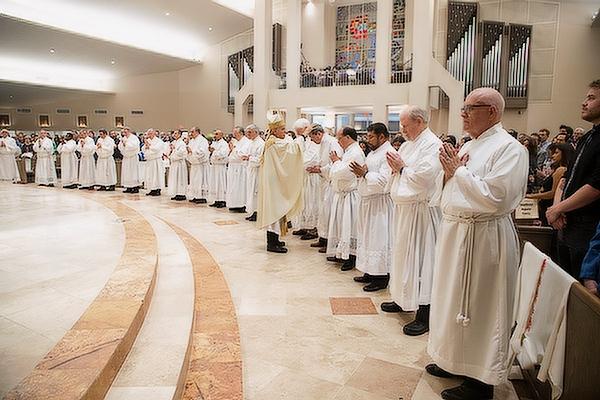 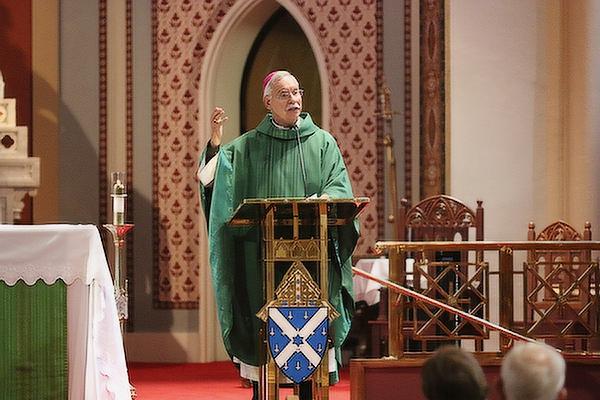 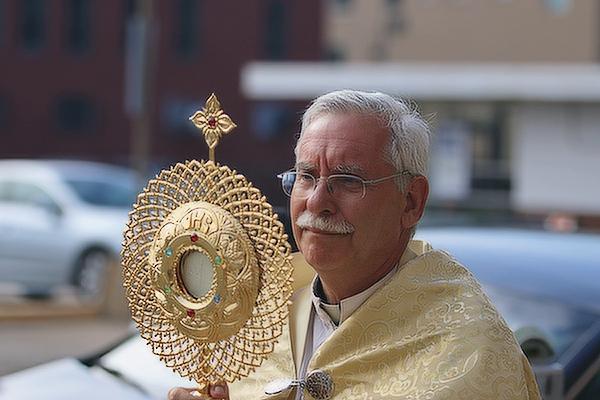 CNS photo/Tyler Orsburn
Pro-life demonstrators are seen near the Supreme Court in Washington, D.C., June 15. The court overruled the landmark Roe v. Wade abortion decision June 24 in its ruling in the Dobbs case on a Mississippi law banning most abortions after 15 weeks.

CNS photo/Tyler Orsburn
Pro-life demonstrators are seen near the Supreme Court in Washington, D.C., June 15. The court overruled the landmark Roe v. Wade abortion decision June 24 in its ruling in the Dobbs case on a Mississippi law banning most abortions after 15 weeks.

Looking back on 2022, Catholics will remember it as a momentous and joyous year. As the COVID-19 pandemic faded from headlines, the world began to return to a bit of normalcy. In many churches, parishioners could once again assemble — maskless — and fully partake during Mass, receiving the Blood of Jesus Christ. That helped the Church walk together as it went through the parish and diocesan phases of the Synod on Synodality.

At the national level, the biggest news of the year was the Supreme Court ending the federal legalization of abortion in the United States and sending the issue to the states to decide.

In Arkansas, one of the diocese’s own was selected by Pope Francis to become a bishop and, after six years of preparation, the largest diaconate class in the history of the Diocese of Little Rock was ordained and assigned to 24 parishes across the state.

Here are the top five stories of an eventful 2022:

On the solemnity of the Sacred Heart, June 24, the U.S. Supreme Court overturned Roe v. Wade, the fulfillment of 50 years of prayers to end the federal legalization of abortion in the United States. The ruling was related to a 2018 law in Mississippi that banned abortion at less than 15 weeks.

The court overturned the ruling in a 5-to-4 vote, with Justice Samuel Alito writing the majority opinion, stating, “Roe was egregiously wrong from the start. Its reasoning was exceptionally weak, and the decision has had damaging consequences. And far from bringing about a national settlement of the abortion issue, Roe and (1992 Planned Parenthood vs.) Casey have enflamed debate and deepened division. It is time to heed the Constitution and return the issue of abortion to the people’s elected representatives. The permissibility of abortion, and the limitations upon it, are to be resolved like most important questions in our democracy: by citizens trying to persuade one another and then voting.”

The ruling kicks the issue of abortion back to the states, with 20, including Arkansas, banning the procedure immediately, while others will make access to abortions easier.

In 2019, Arkansas was the fifth state to pass a “trigger law,” which would put forth a total ban on abortion in the event Roe v. Wade was overturned. During a press conference June 24, Attorney General Leslie Rutledge certified the law, making abortion illegal in Arkansas.

On May 24, it was announced that Pope Francis chose Father Erik Pohlmeier, pastor of Christ the King Church in Little Rock, diocesan director of faith formation and deacon formation and theological consultant for Arkansas Catholic, to be the next bishop of the Diocese of St. Augustine, Fla. After 24 years of priestly ministry in the Diocese of Little Rock, Father Pohlmeier was ordained as bishop July 22 at St. Joseph Church in Jacksonville, Fla.

Among the 2,250 in attendance were 140 laypeople, 16 deacons, 17 seminarians and 22 priests from the Diocese of Little Rock, including his parents, Deacon Tom and Sharon Pohlmeier of St. Joseph Church in Paris, and about 40 family members from Arkansas, Texas, Virginia, Florida and Missouri filled the first few rows. Bishop Anthony B. Taylor was one of two co-consecrating bishops, along with the former St. Augustine bishop, Bishop Felipe J. Estevez.

After receiving his miter, episcopal ring and crosier, he sat in the bishop’s chair, beaming with a wide smile while the crowd erupted in applause.

In June, the largest diaconate class in the history of the Diocese of Little Rock concluded its six-year journey with two ordination Masses. On June 11, 26 men from central, south, north central and northeast Arkansas were ordained at Christ the King Church in Little Rock. Two weeks later, 20 men from northwest Arkansas and the River Valley were ordained June 25 at St. Vincent de Paul Church in Rogers.

The class of 46 new deacons, which included 35 English-speakers and 11 Spanish-speakers, were assigned to 24 parishes across the state. The class include two brothers from Rogers and a brother of new bishop, Bishop Erik Pohlmeier.

New diaconate formation director Deacon Mark Verkamp said discernment has already started for those who will be selected for the Class of 2028.

In 2021, Pope Francis called on the global Church to take part in the Synod on Synodality to find out about people’s experience with the Church, how the Church could make them feel more included and how they experienced the movement of the Holy Spirit in their life and in the life of the Church. The diocesan phase of the synod in Arkansas began with a public Mass at our Cathedral of St. Andrew Oct. 17, 2021, followed by parish listening sessions, one-on-one conversations, online questionnaires and sessions with specific targeted groups, including diocesan organizations, parish ministry leaders, ethnic minorities and even the homeless, that ran through the spring. All parishes were invited, and 43 percent participated.

The diocese submitted its report to the United States Conference of Catholic Bishops May 16 and, in November, Bishop Anthony B. Taylor issued a response summarizing the results of the local findings and highlighting 11 areas of special concern, including community/fellowship; youth and young adult faith formation; desire for the faith to be taught from the pulpit; the need for Catholic support groups; the need for priest presence, accountability, transparency, trust and communication; the perception that the Church engages politically; rigidity of Church law, especially regarding divorce and annulment; judgment versus love; LGBTQ issues; rural parishes feeling abandoned and the role of women.

As a result of the synod findings, the bishop has resurrected the Cursillo movement for English- and Spanish-speaking Catholics and will hold retreats in 2023.

The synod will culminate in a meeting of bishops and other delegates from around the world in Rome in October 2023 and 2024.

Bishop Anthony B. Taylor marked the opening of the U.S. Conference of Catholic Bishops’ three-year Eucharistic Revival by celebrating a Corpus Christi feast day Mass at the Cathedral of St. Andrew in Little Rock June 18. At the same time as the Little Rock Mass, Father John Connell, vicar general and pastor of St. Raphael Church in Springdale, celebrated the opening of the revival in northwest Arkansas with a vigil Mass at St. Vincent de Paul Church in Rogers.

The revival will culminate with the first National Eucharistic Congress in almost 50 years in Indianapolis in 2024.

The bishop recorded a video homily that was shown at every Mass June 18-19. He said the three-year national process of Eucharistic Revival will be an opportunity for the faithful to “grow in our understanding and appreciation of the Eucharist, the Body and Blood, soul and divinity of Jesus whom we receive and worship in every Mass.”

Bishop Taylor began a series of recorded homilies over the next year to support the Eucharistic Revival.

The USCCB launched the revival to increase American Catholics’ understanding of Jesus’ Real Presence in the Eucharist, the “source and summit” of our Catholic faith.

Father Juan Guido, chairman of the diocesan Eucharistic Revival Committee and pastor of Christ the King Church in Little Rock, said the revival will conclude with the two celebrations “in which people will gather to proclaim their love for the Eucharist” June 3, in northwest Arkansas and June 10, in central Arkansas. Details of the celebrations, he said, will be announced at a later date.