News & Views From You | Obituary 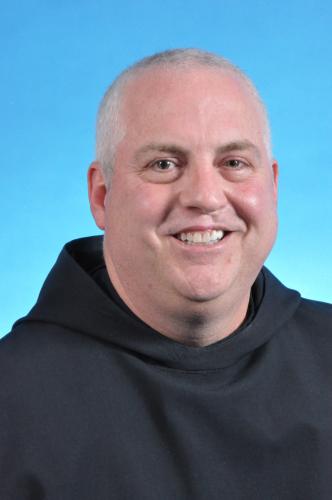 Michael Endres was born on June 22, 1964, in Van Nuys, California, to Richard and Rosemary Steiert Endres. After moving with his parents to Fort Worth, Texas, Michael attended St. Peter the Apostle Catholic School for his primary education from 1969 to 1978. He then attended Western Hills High School from 1978 to 1982.

After graduating from high school, Michael went to work for COE Builders of Dallas, Texas, working as a foreman, then took a job with Lockheed in Fort Worth as production supervisor until 1987. From 1994 until 1997 he worked as a  supervisor for Intraquest in Hurst, Texas. His final job before coming to Subiaco was as an account representative in Irving, Texas, where he worked from 1997 to 2000.

Michael Endres came to Subiaco in February 2001 and entered the novitiate on August 8, 2001, professing his vows as a monk of our monastery on September 8, 2002, while retaining his baptismal name.

In 2002, Br. Michael was assigned to work as an assistant in the carpentry shop. From 2003 until 2005 he also attended classes at the University of the Ozarks in Clarksville, Arkansas. Having completed several prerequisites, he then began studies at St. Vincent Seminary & College in Latrobe, Pennsylvania, where he remained for one year before returning to the Abbey. In early 2007, Br. Michael began working in maintenance for the next two years. In 2009, Br. Michael was assigned to the Abbey Farm where he worked for two years until he was reassigned to the kitchen. In 2006, Br. Michael began assisting with Camp Subiaco, mostly as a boat operator for lake excursions, and continued helping until about 2016. In 2016, he began assisting in the Abbey refectory where he remained until his death.

The Vigil Service was held October 15 in the Abbey church with the funeral Mass October 16. Burial is in the Abbey cemetery. For the safety and health of all, the wake and Mass of Christian Burial was closed to the general public.

May he rest in peace.