News & Views From You | News 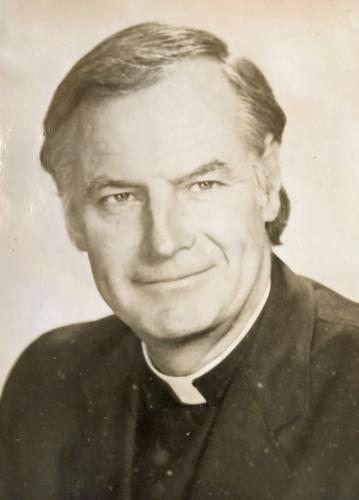 For the past two years, Dr. Mary Ann Stafford, parishioner at Our Lady of Holy Souls Church in Little Rock, has been compiling the speeches and sermons of Monsignor John F. O’Donnell, who died in 2019. Dr. Stafford was fortunate to have access to these 58 works through the assistance of Mary Bea Hiegel, who with her husband Ken, was the executor of Msgr. John’s estate.

Stafford had in her hands the manuscripts that Msgr. John had typed in capital letters on an old typewriter from the early 60s to the latest in 2017.  As O’Donnell wrote out his talks, he used pause marks and parenthesis, sometimes writing some additions along with the typed words.  Stafford said that she could feel his voice as she read the lines. She retyped the works into her computer, editing them as best she could with WordPress, and collated them into categories such as Anniversaries, Eulogies, Sermons, Stations of the Cross, Arkansas History, and others.

Stafford intends to send the collection to the Diocese archives so that others can read them, learn from them, and perhaps use them in some way.

Msgr.O’Donnell retired in 2006 and was a priest in this diocese for 65 years. He was well respected and loved for being a voice against social injustices, a support for integration, as well as an ecumenist working with Jewish, Protestant, and Muslim groups.  His sermons and speeches were well thought out, informative, knowledgeable, and most of all inspiring.  He was known to be intelligent, humble, and caring in all his pastoral duties.

Inaddition, Dr. Stafford has written a 600-word article about Msgr. O’Donnell for the Central Arkansas Library’s Encyclopedia of Arkansas.  It is awaiting publication.