Parishioners in the Diocese of Little Rock are asked to join fellow Catholics across the country in putting their faith into action through Operation Rice Bowl this Lent. The program, sponsored by Catholic Relief Services, begins on Ash Wednesday.

According to CRS, more than 13,000 parishes and schools are expected to do the fundraising program this year. 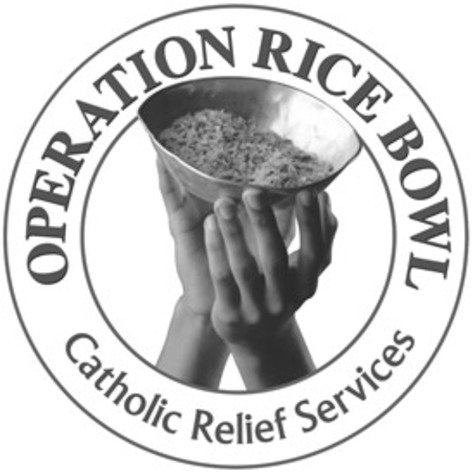 Participants put money they would have spent on a large meal into cardboard boxes called "rice bowls" in exchange for eating an inexpensive meatless meal each week. At the end of Lent, the rice bowls are collected and the money raised goes to help people suffering from poverty and hunger around the world.

In addition, participants follow the Operation Rice Bowl calendar, which offers daily reflections from the people the program helps. Information about their countries, culture and favorite recipes is also provided.

"Having the rice bowl as the focal point for their Lenten observance helps families to think beyond their daily realities and to focus on making a difference in the lives of others," said Beth Martin, program manager for Operation Rice Bowl. "The program also includes an educational component, sharing stories of people from developing countries that benefit from ORB."

Last year, Catholics raised more than $7 million nationwide through Operation Rice Bowl. Seventy-five percent of the money is used to fund CRS projects in 40 countries around the world. The remaining 25 percent stays in U.S. dioceses to support their programs.

The 25 percent that stayed in the diocese, which equaled $7,384, went to support the Parish Emergency Assistance program.

"It is a wonderful opportunity that we have each year to assist community members in need by working through our parishes," said Jamie Deere, director of the emergency assistance program. "For instance this year, we have been able to help many families retain their housing, utilities and food as needed."

According to CRS, the international humanitarian relief agency of the U.S. Conference of Catholic Bishops, the program has raised more than $167 million since 1975.