Subiaco priest retired in 2013, but has fond memories of teaching, preaching 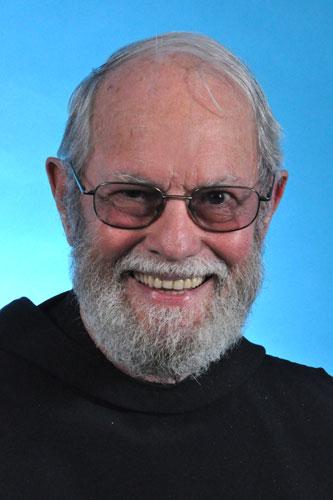 Father Timothy Donnelly, who celebrated his 50th jubilee in May, said following God’s path to religious life “is the best choice I could have made.”

Father Timothy Donnelly, who celebrated his 50th jubilee in May, said following God’s path to religious life “is the best choice I could have made.”

God never promised a smooth path for the religious, so Subiaco Abbey’s Father Timothy Donnelly, OSB, can easily name a few things that are hard about being a priest — not being able to have a family with children, forgiveness for those who hurt you or someone you love (“that is common to all Christians” he admits) and then, of course, his first tough task of learning Latin.

“My Latin I and Algebra I teacher was Father John Vianney Stocker. One day he pulled by aside and said, ‘Pat (my birth name), some people are good at languages and some are good at math. You are good at math,’” Father Donnelly said.

Despite these hardships along the way, Father Donnelly can look back fondly on 50 years since his May 22 priestly ordination. Since his ordination, he has been dedicated to teaching and administration at Subiaco Abbey and Academy.

Growing up primarily in Tulsa, Patrick Joseph Donnelly, the second oldest of five children, was raised in a Catholic household.

“We were an Irish Catholic family, so night prayers, grace at meals, praying the family rosary in the evenings and serving at Mass came naturally,” Father Donnelly said. “I had always wanted to be a priest and never changed my mind except to join the Benedictines at Subiaco Abbey rather than the diocesan priesthood in Oklahoma City/Tulsa diocese. When I was about 3, my mother recorded my first real experience at Mass. She wrote that when Paddy came home he told how he had seen God coming down with a big book and reading to us.”

In 1953, Father Donnelly came to Subiaco Academy as a freshman high school seminarian. In 1959, he professed his vows as a Benedictine monk and received the name Timothy. After his ordination to the priesthood, Father Donnelly worked in a variety of positions at Subiaco.

However, his most well-known contributions have been to academia. Father Donnelly earned a bachelor’s degree in mathematics in 1971 from St. Louis University.

“I taught mathematics for 43 years, and one doesn’t just teach subject matter; they teach life and values,” he said.

He was the Subiaco Academy headmaster from 1995 to 1998. Starting in 2000, he also became a teacher and assistant chaplain at Mount St. Mary Academy in Little Rock for two years.

During his teaching career, he spent two years in graduate study and taught at the University of Central Arkansas in Conway, which earned him a master’s degree in mathematics and education. He retired to Subiaco Abbey after serving as pastor of St. Michael Church in Van Buren and as sacramental minister of Our Lady of the Ozarks Shrine in Winslow from 2009 to 2013.

His commitment to learning can easily be seen in his dedication as a priest. In preparation for homilies, Father Donnelly said he not only reflects on passages but looks at other interpretations as well.

“For me, the best way to prepare a homily is to read God’s word for the following Sunday and reflect on it during the week. I also believe that sometimes others have valuable input, so I read the homilies given by others and include them in my reflections,” he said. “I have strong feelings about sermons or homilies that are read at the people. The homily should be something from the heart and mind that is spoken to the people.”

But even the most heartfelt homilies can have a little crowd participation — even if it was unintentional.

“One of the more humorous incidents for me happened during a homily I gave while helping out in a parish in North Texas. I was talking and said that we must always have a sense of God in our lives. Suddenly a toddler’s voice came out loud and clear: ‘Nooooooo!’ There was dead silence in the congregation,” Father Donnelly said. “One red-faced woman with a small child in her lap was trying to scoot behind the man in front of her, but half the congregation was looking at her. I started laughing and the congregation followed suit; then we went on.”

While Father Donnelly may have had to give up having his own family by following God’s call, he said it’s all part of being a servant of Christ.

“Looking back on my own life, the priesthood/religious life is the best choice I could have made,” Father Donnelly said. “I would suggest to any seminarian or someone discerning a possible vocation to the priesthood or religious life to choose wisely, i.e., others must come first: to serve rather than to be served.”