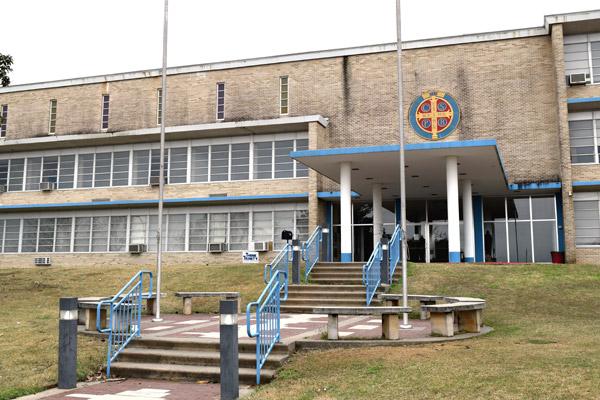 Trinity Junior High will own both wings of 1958 building 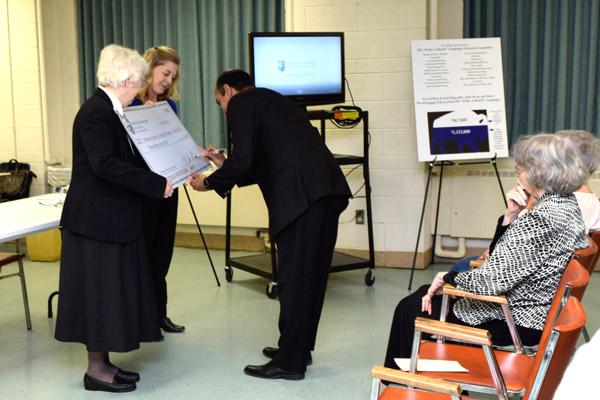 FORT SMITH — Representatives of Trinity Junior High School in Fort Smith explained that the school is “here to stay,” after they came to an agreement to buy the land and building they currently lease from the Benedictine sisters of St. Scholastica Monastery. Trinity’s Strike-A-Match Capital Campaign will fund the purchase.

The $3-million deal with the Benedictine sisters will consist of 8.5 acres of land and a 110,000-square-foot building. The school, which currently enrolls 215 students in seventh to ninth grades, leases the classroom, or west wing of the building, while the sisters use the east wing as a retreat center. The purchase will include both wings, which consists of classrooms, offices, the retreat center, chapel, cafeteria and kitchen.

Trinity’s Strike-A-Match campaign began during the summer 2016 after an anonymous donor agreed to match up to $2.5 million, which they have five years to raise. Trinity principal Dr. Karen Hollenbeck explained that it is because of the matching grant that they are able to purchase the building. She added that it proves that they have “staying power.”

“I’m very excited about that, because we plan to be here for a very long time,” she said. “It shows that we have room for growth — that our plan is not to be stagnant.”

The campaign has already gathered more than $1.5 million in pledges and donations throughout its “quiet phase,” which concluded on Easter. This portion of the campaign raised money through phone calls, pledge cards and hosting small parties for donors.

The campaign’s “public phase” launched during an official ceremony April 4 at the St. Scholastica Retreat Center, or the east wing of the building. Until 2022, the campaign will fundraise via pledge card mailings, as well as two parties hosted by Trinity supporters. Father John Antony, the school’s administrator and campaign manager, also plans to release a book titled “Oh Lord, Have Mercy,” in honor of Pope Francis’ message of mercy. All proceeds from his book sales will go toward the campaign.

“It puts Trinity Junior High on a solid foundation for the foreseeable future. Just like the difference between renting an apartment verses owning your own home — there is a sense of stability, or permanence that goes with owning your own home,” Father Antony said. “As far as Catholic education in Fort Smith, Trinity is here to stay.”

Prioress Sister Maria DeAngeli, OSB, explained in an April 4 press release that they see “the transfer of the building to Trinity Junior High School as an opportunity to continue their legacy of commitment to Catholic education,” because the building has been used for educational purposes since its construction in 1958. The sisters will transfer the title to Trinity at the end of August.

The prioress also explained that selling the property leaves a bittersweet feeling, especially since they bought the land in 1924 after moving to Fort Smith. However, the money from the sale to Trinity will help with the build a new, smaller monastery.

“There is a sad feeling that we are letting it go, but all in all, we know it is the right thing to do. We have comfort in knowing that,” Sister Maria said.

Trinity also plans to lease approximately 13 acres of the sisters’ additional land along Free Ferry Road for $10,000 a year. They have a 50-year leasing contract, but after 15 years, they will have the option to buy the land. Each yearly payment will go toward the purchase price of the land when it is appraised.

Father Antony explained that if the school raises the entire matching amount, they will set aside some of the money for the lease and purchase of the land along Free Ferry Road, make renovations and upgrades to the school and reimburse the Trinity Trust Fund. The money will not go toward operating expenses.

The school will also continue to use the east wing of the building as a retreat center. Revenue from the retreat center will go to the school.

At the April 4 campaign launch, Father Antony explained that this is not just a purchase, but a partnership with the Benedictine sisters “to ensure the continuation of Catholic education in Fort Smith until Jesus returns in his glory.”

“Trinity is not just buying some land in the middle of Fort Smith today,” Father Antony said. “We are announcing the importance of Catholic education, and that children continue receiving a solid academic and spiritual foundation to help them in the years to come.”