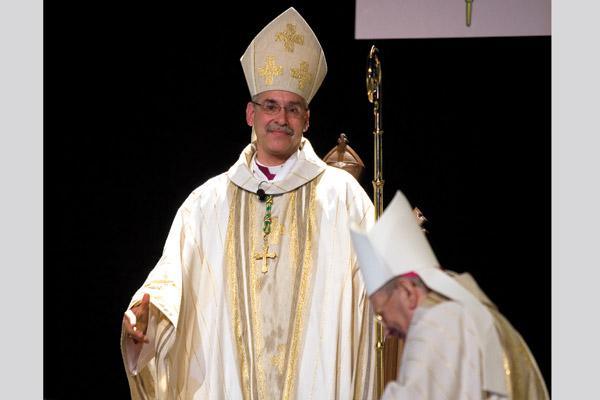 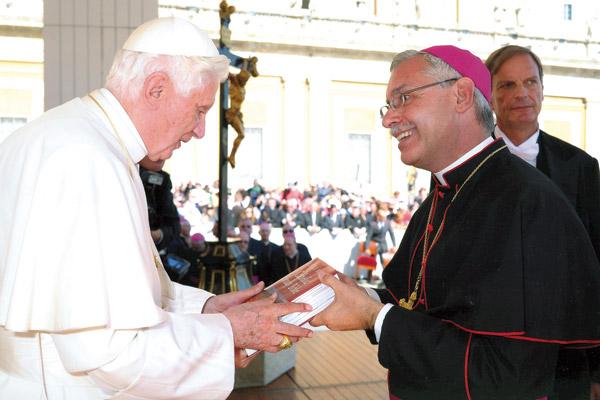 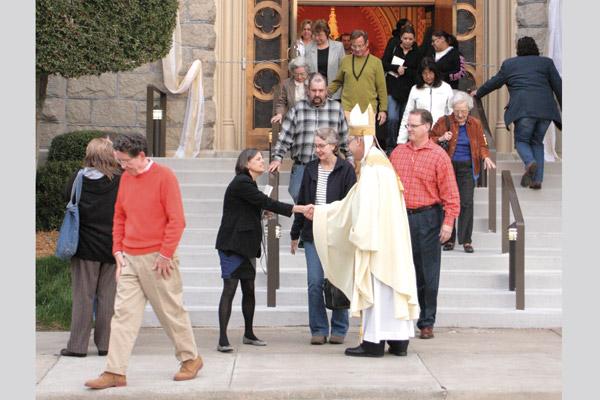 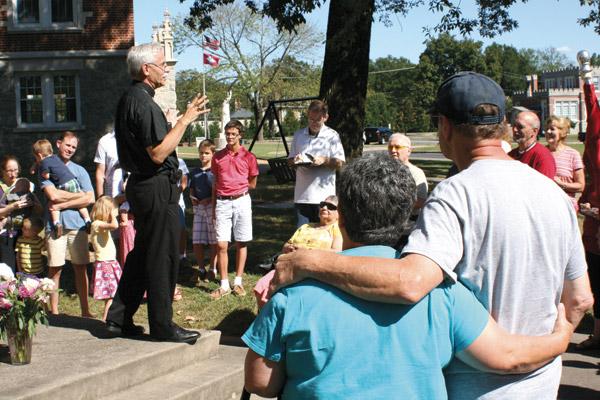 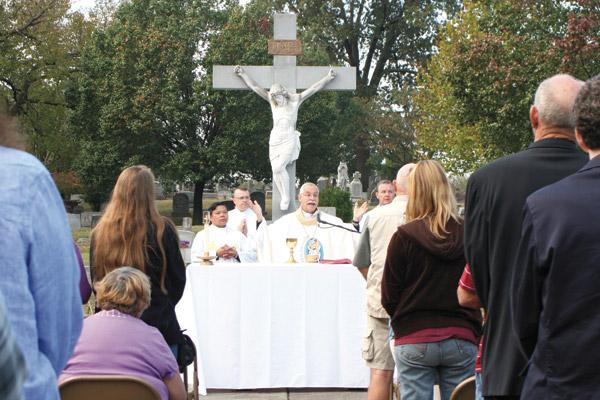 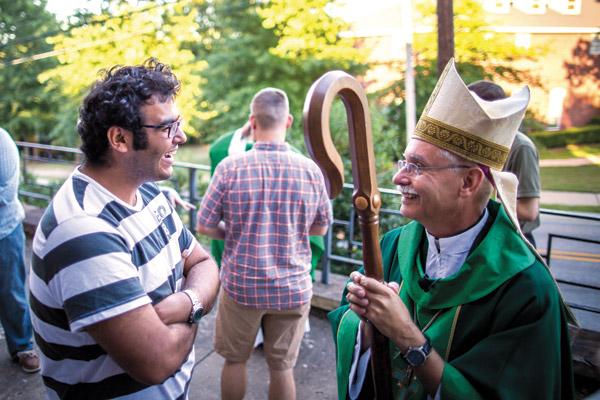 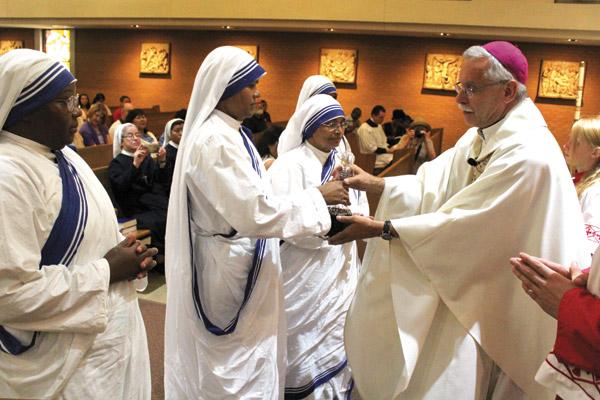 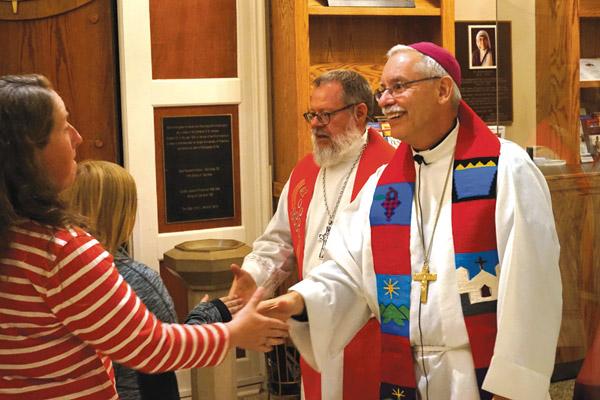 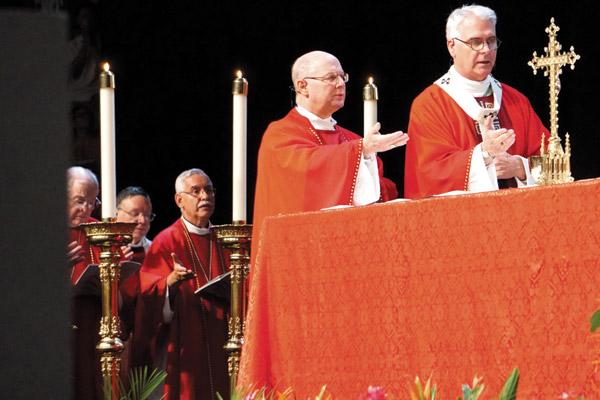 Bishop Taylor’s words open a window to his heart, values

Soome notable quotes from Bishop Anthony B. Taylor on hot topics over the past 10 years 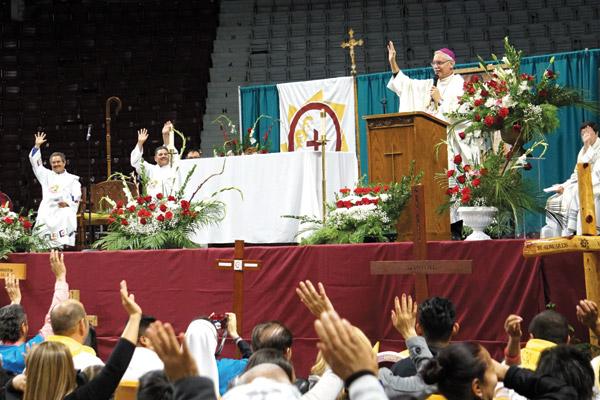 Malea Hargett / Arkansas Catholic file
In his homily for the Diocesan Encuentro Nov. 18, 2017, in Little Rock, Bishop Taylor asks members of the congregation to raise their hands if they are an immigrant or child or grandchild of an immigrant.

Malea Hargett / Arkansas Catholic file
In his homily for the Diocesan Encuentro Nov. 18, 2017, in Little Rock, Bishop Taylor asks members of the congregation to raise their hands if they are an immigrant or child or grandchild of an immigrant.

“I come to you with much enthusiasm and joy because God sent me to you. If it were up to me, I wouldn’t be here because I would have never dared to hope to receive the privilege of being your bishop. The honor, and, yes, the burden of being a successor of the apostles, endowed and entrusted with the fullness of the sacramental priesthood of Jesus Christ. I know that I will one day have to give the Lord an account of my stewardship of the Diocese of Little Rock. Please pray for me that I, your unworthy servant, will be a good bishop, holy and wise.”

"I learned that being a faithful Christian meant doing what Jesus did, living for something bigger than yourself, working to build God’s kingdom of truth and justice already in some measure here and now in this world, and this includes defending human rights.”

On respect for life

“Silence in the face of hateful behavior, these are pro-life issues too  — anything impacting the life and dignity of the human person from the first moment of conception all the way to natural death and every stage in between. This is what a consistent ethic of life entails. Abortion is huge and we are resolute in our opposition to abortion, but there are other pro-life issues that are important too and boy do we have our hands full. This is not an either/or situation; it is a both/and situation.”

“People who come to this country feeling extreme poverty or oppression, do so exercising their fundamental right to life because the right to life includes the right of access to the necessities of life.”

“You know when I was little we were 3 percent Catholic; we used to say we were weaker than the beer. But now more than 55 percent of Arkansas Catholics are Hispanic. And so we’re about 6 percent now, hopefully it’s stronger than the tequila. But people come here and for the first time they have to defend their faith or explain it in an environment that is not supportive of Catholicism and in an environment where a great deal of proselytism is going on and in that environment there’s a lot of turmoil in the Hispanic community in terms of religion.”

“I don’t intend to ordain anybody I don’t know. I want to know them more than just knowing their name. I want to be supportive of them in their vocation.”

Arkansas Catholic issue Oct. 13, 2014, on his relationship with the seminarians

“I describe this to other bishops and they are amazed. Oklahoma City, where I come from, is three times the size of Little Rock and has two Catholic high schools and they don’t produce vocations like Catholic High does. I’m very proud of this school. … What this tells me is Catholic High produces men of faith who support each other in discerning and doing God’s will.”

Signing day at Catholic High School in Little Rock, May 1, 2018

“He gave himself fully to his people. He remained with them courageously in a time of darkness. When a wolf threatens a flock, the shepherd remains. He laid down his life for his people long before they came to kill him.”

On the death penalty

“I know you often hear Catholics talk about the sanctity of life in the context of abortion, so today I need to emphasize two obvious things: 1) life does not cease to be sacred once the baby is born, and 2) no one will be fully secure until we reject everything that threatens human life or degrades human dignity.”

“We are no different than the crowd that called for Jesus’ death because we continue to call for the death of criminals.”

On dialogue after Reformation

“We’ve come a long way together in the last 50 years, but we’ve still got a long way to go before Christian unity can be fully restored and this wound in the heart of the Church healed.”

“Many of us have experienced the recent presidential election as a mixed blessing. We are relieved that President-elect Trump opposes abortion and plans to nominate anti-abortion justices to the Supreme Court. Indeed, many people voted for him for that very reason. But we are also dismayed by his divisive rhetoric. The purpose of this letter is to remind all of us that this election has not changed the mission of the Church in Arkansas. We believe in the right to life and the dignity of the human person from conception to natural death and at every stage in between. Particularly painful was the treatment of women and Hispanics during this campaign. Pro-life is more than just anti-abortion. Pro-life includes respect for women, a special concern for the poor and vulnerable, and in the present context respect for the rights of immigrants and the need for comprehensive immigration reform.”

“The DACA program has been a great success in Arkansas. Through it nearly 6,000 young adults have received assurance that they will not be immediately processed for deportation. This has allowed them to enter the workforce, start businesses and pursue an education. In short, the program has been an overwhelming benefit to our state’s economy.”

On what makes a church

“One of the things I’m praying for is that this V Encuentro increases our courage and our gratitude going forward. Especially among those of you who belong to the second generation and are now benefiting from the many sacrifices that your immigrant parents made to provide you a better life. And specifically that you now become courageous missionary disciples yourselves.”

On his 10th anniversary

“This year I celebrate my 10th year as your bishop and my heart is filled with gratitude for what a blessing it has been for me personally to serve you in this capacity. I rejoice in the ways in which the Lord has blessed our local Church during this time and the many things we have accomplished together — much of which has been paid for through your generous contributions to CASA, our annual Catholic Arkansas Sharing Appeal. All of this is the fruit of your — and my — commitment to the Lord.”