He, she, they or ... society discussing gender pronouns more frequently 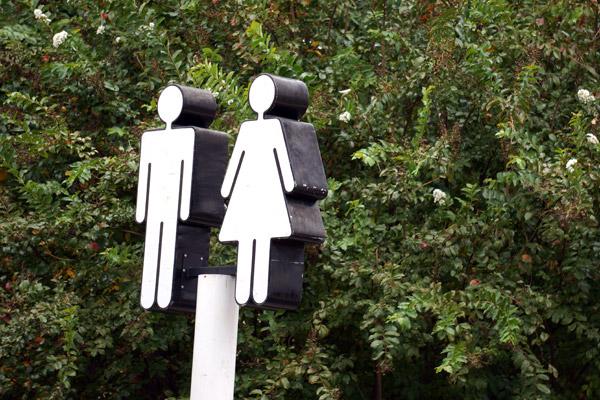 ROGERS — Just a few months ago, our son was preparing to head for college. As a freshman, he received a letter from an upperclassman in his field of interest. The individual was welcoming him to the campus and familiarizing him with activities in the college area. But there was a question in the letter he shared with me. Maybe it was to test me or to see if this was a topic I was familiar with, but he decided to chance it. “Mom,” he said slowly and intentionally, “what are your personal pronouns?”

He knew by my puzzled expression that this was new territory for me.

Perhaps you have heard this question asked in your place of business or you have seen it in print or advertising, but this was my first encounter with the question.

“These would be the pronouns of the gender you identify with or are transitioning to become,” he explained further.

Whether you want to categorize this as identity politics or not, the topic is out there.

I continued processing this information. Definitely not a question I had been asked before.

I began asking others this question. I asked a friend who works in health care in San Francisco if she had ever heard of this.

“Why yes,” she responded, “administration has now made changes to how we call a patient back for an appointment. Now we have to say, ‘Would the person who has an appointment at 2:30 with Dr. John Smith please stand up.”

Explaining further, she said, “We can’t say a name and make the assumption it is a certain gender. Someone could be identifying as the opposite sex.”

On the wall of a dorm on a college campus we were visiting, there was a poster with photos of the resident hall directors and each had three pronouns under their name. Three meaning, “he, him, his,” or “she, her, hers,” or “they, them, theirs,” depending upon what gender the person identified as. As I delved further into this topic, I found the pronouns of “they, them, theirs,” is a common gender pronoun that is used in the singular by those who identify as gender neutral. “They” was voted as word of the year in 2015.

Besides trying to get the English language part of this straight and contemplating how a writer would ever know how to identify a person, I pondered this new cultural request. I dug deeper and asked this same question to individuals in a few other states. It seems I am behind the times.

On Oct. 17, the very first International Pronouns Day was celebrated and according to one of its creators, Luca Maurer, director of Ithaca College’s Center for LGBT Education, Outreach and Services, the holiday “seeks to make asking, sharing and respecting personal pronouns commonplace.”

“Referring to people by the pronouns they determine for themselves is basic to human dignity,” wrote Maurer in a piece for Advocate.com on the subject of International Pronouns Day. “But many transgender and gender nonconforming people are regularly called by the wrong pronouns, which fuels marginalization, invisibility and far too often violence.”

Whether you want to categorize this as identity politics or not, the topic is out there. But for most, it is understandably confusing.

Canadian Jordan Peterson, a known advocate of free speech but an opponent of political correctness, has taken a strong stand on this subject and challenged human rights laws and regulations in Canada and the university where he is employed as a psychology professor, on the grounds that he does not have to comply with the mandatory usage of polygenderism. In an article by Steve Weatherbe for Life Site News, Peterson cited three reasons he would not comply with using the 50-plus genders that have been created, because he said he felt there is no scientific evidence that any genders exist outside of male and female; there are too many new genders and pronouns like “zer” and “xe” to remember; and the requirement to use them is a huge imposition on freedom of thought and speech.

Pope Francis, while insistent that all individuals be treated with dignity and respect, has also warned of the “ideology of gender.” In “Amoris Laetitia” (“The Joy of Love”) Pope Francis cautioned against educational programs and legislation that “promote a personal identity and emotional intimacy radically separated from the biological difference between male and female.” In his writing, Pope Francis says the result is the “elimination of the anthropological basis of the family” and that the “biological sex and the socio-cultural role of sex can be distinguished but not separated.”

This conversation has sparked questions and opinions wherever it is introduced. Yet, regardless of how you might feel about the usage of pronouns, knowledge is key to understanding what is being presented on campuses, in the workplace, in advertising and on social media. We can choose to ignore the subject or we can educate ourselves and help our children understand how this affects them today and, more importantly, how these questions will affect them tomorrow.