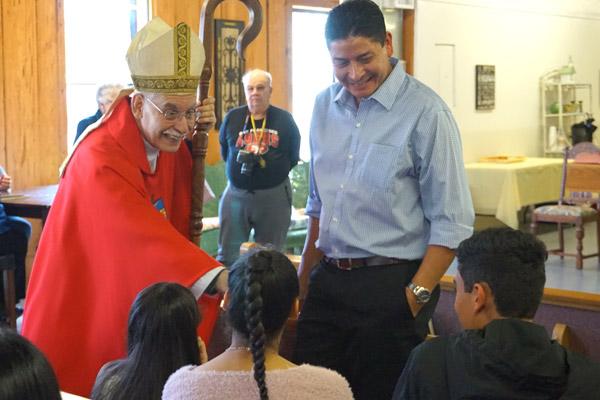 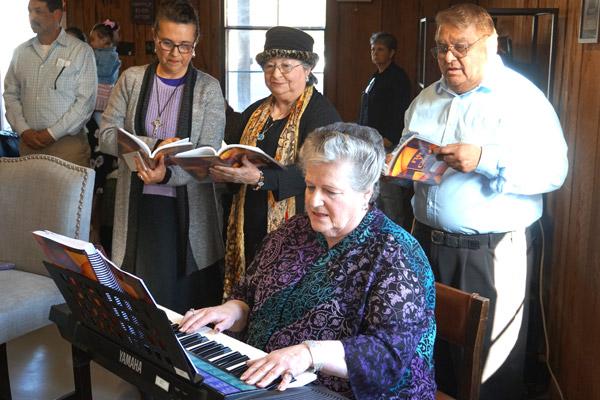 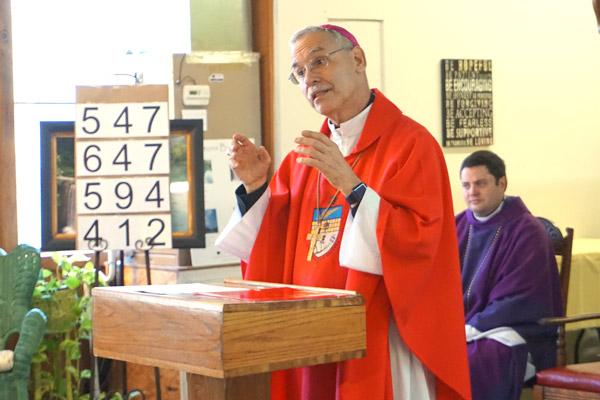 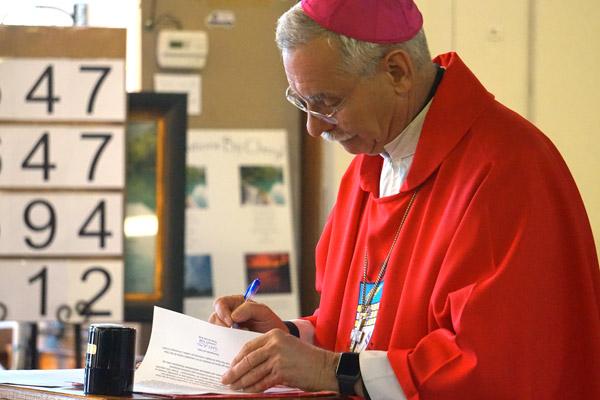 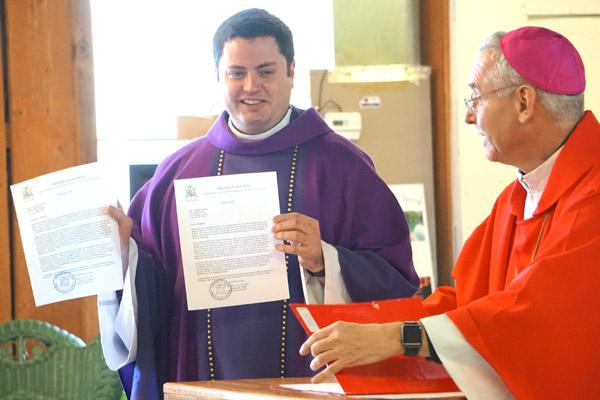 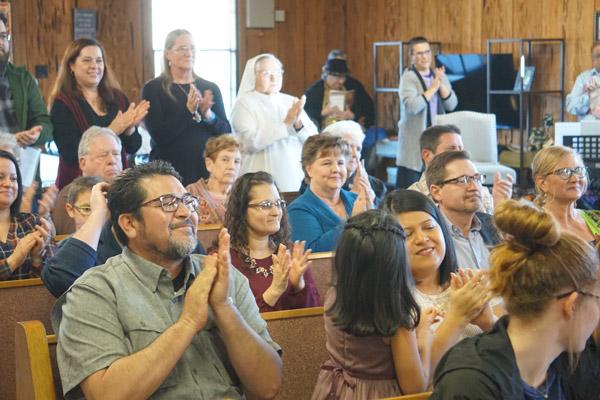 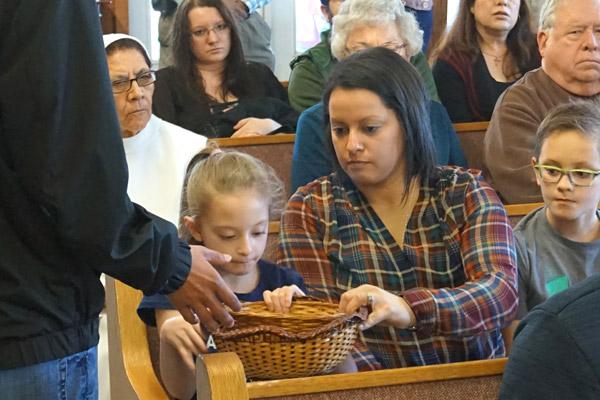 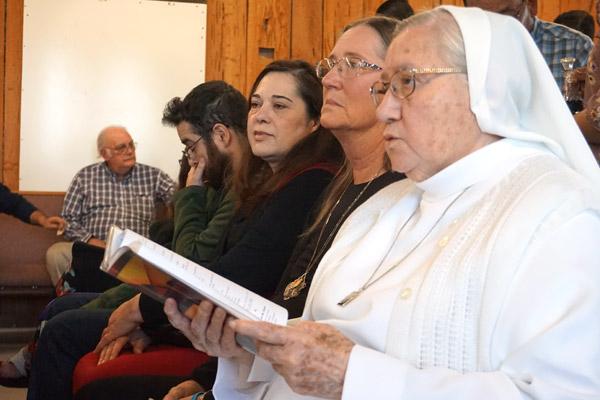 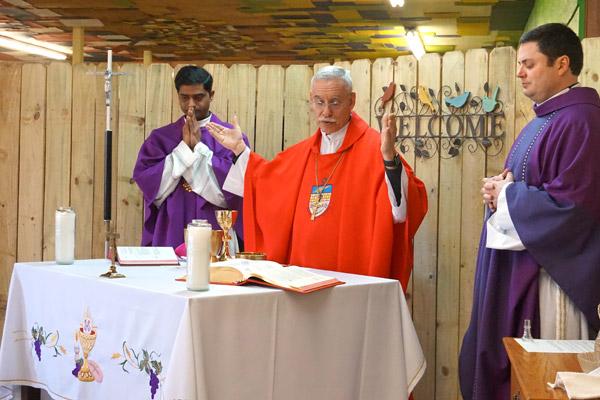 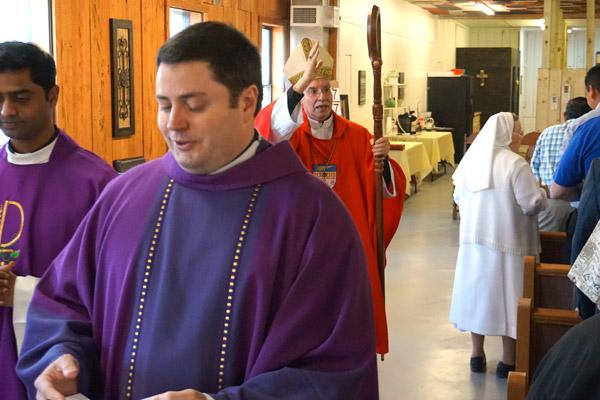 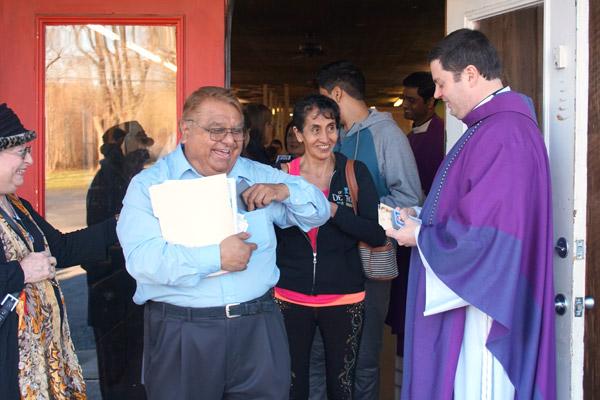 Community among first to be named for Salvadoran martyr St. Oscar Romero 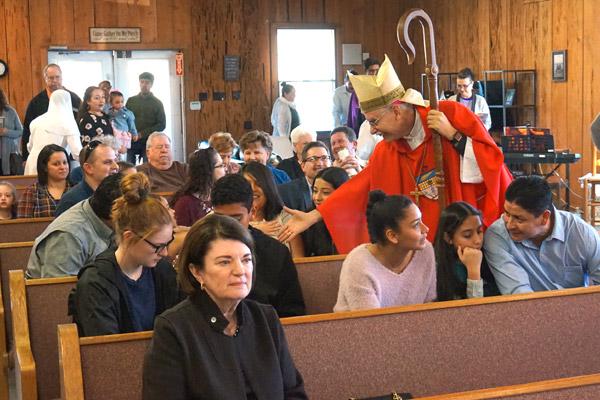 Who is St. Oscar Romero?

For those who do not know much about St. Oscar Romero, Bishop Taylor encouraged everyone to watch the 1989 movie “Romero” about the saint and former Salvadoran archbishop, who was martyred March 24, 1980, while saying Mass at Divine Providence Hospital in El Salvador. He was outspoken against poverty, violations of human rights and injustice in his country.

“Romero” is available on Amazon Prime Video or can be viewed on EWTN March 23 and 25.

Click here to ead Bishop Anthony B. Taylor's homily from the March 16 Mass.

GREENBRIER — Rosa Gomez and her husband Jose were ready to move to Conway. After 20 years in Greenbrier and commuting about 20 minutes or more to St. Joseph Church, they were ready to be closer to their parish.

But on Jan. 12, the first Mass was held in Greenbrier, with the hope of one day becoming the second Catholic church in Faulkner County.

“No, we don’t move,” Rosa Gomez said with a big smile.

Bishop Anthony B. Taylor celebrated a bilingual Mass Saturday, March 16 with the newly named St. Oscar Romero Catholic Community in Greenbrier, just eight days ahead of the saint’s feast day. Bilingual Masses are held at 7 p.m. on Saturdays in a rented building, House of Hope and Special Events Center.

“You are pioneers,” Bishop Taylor told more than 50 congregants.

When Father Tony Robbins was assigned to Conway three years ago, he said the bishop expressed interest in offering Masses in Greenbrier, which is 12 miles north of St. Joseph Church in Conway. The only Catholic parish in Faulkner County, St. Joseph serves the cities of Greenbrier, Guy, Holland, Mayflower, Quitman, Vilonia and the towns of Damascus, Enola, Mount Vernon, Twin Groves and Wooster.

The other parishes closest to Greenbrier are St. Jude Church in Clinton, Sacred Heart Church in Morrilton and St. Albert Church in Heber Springs, all about 30 miles away.

In discussions with the St. Joseph Pastoral Council, “everyone has been supportive of the idea,” Father Robbins said.

The House of Hope can seat about 100 people, though generally about 45 to 50 come on average. Rent is $100 each time the space is used. Father Robbins said St. Joseph Parish is currently covering the rent, but they are “taking note of what is collected in Greenbrier as a way to help build a budget for the community there.”

“When I went to look at it, they already had church pews in there,” as another church also rents the space, Father Robbins said. “They had a couple of smaller rooms, just enough room for chairs and books” that could be areas for confession.

The first Mass in January was attended by more than 80 people.

Totsie Breaux, 81, has been praying for a Catholic church in Greenbrier ever since moving to Guy in 1970 and becoming a St. Joseph parishioner. Her commute to Conway is about 20 minutes, but has been close to 45 in traffic. She generally attends 8 a.m. Sunday Mass and occasionally daily Mass.

“Listen, I’ve been praying and hoping for 49 years for a Mass in Greenbrier,” the Louisiana native said, adding when she found out about the new Masses, “I jumped up and down and hollered ‘Hallelujah.’”

She said for people like her and others that live in places like Quitman and Bee Branch and other smaller communities, “it would be easier on us driving. As soon as the parish is active, we can participate more readily.”

Olga Rios, of Greenbrier who leads the Hispanic Commission at St. Joseph Church, said a bilingual Mass is a blessing for a community with a large Hispanic population.

“We’re so blessed. It’s new family members. … It’s a new community,” she said for her, her husband Benjamin and three children.

Rosa Gomez also said the time of the Mass later in the day is a blessing for many Hispanics who work late.

A variety of names were suggested for the new community, but at Ash Wednesday Mass March 6, Father Robbins “asked the people what they thought of Oscar Romero because that’s the name bishop would approve. They all agreed.”

The bishop wore a red chasuble worn at the beatification of St. Romero, given to him by Father Salvador Vega, a native of El Salvador. In a letter to Father Robbins, which he read at Mass, Bishop Taylor explained his great admiration for St. Romero, making the Greenbrier community “one of the first communities of the United States to be formally placed under his patronage.”

“I pray that his example will inspire in you a special concern for the poor and those who suffer injustice, such that you too become a voice for those who have no voice,” Bishop Taylor said. “Moreover, I’m confident you will find him to be a powerful intercessor in time of need.”

Humberto Montecinos, a parishioner at St. John Church in Russellville, was invited to attend the Mass as he was baptized by St. Romero and knew him in El Salvador.

“He was my friend. I ate with him, we were in the same city, I knew his family. That’s why I am so excited,” to have a community named for him in Arkansas, Montecinos said.

Bishop Taylor explained the steps to becoming a parish, which include being first designated as a community, one that gathers together in a space for Mass.

• The next step will be having a rented or purchased building that is only used for Mass or other church activities, which would be considered a chapel.

• Once standard programs are established, including religious education, the chapel can then become a quasi-parish or mission.

• Once a mission is able to support itself financially, including priests on staff, they are then designated as a parish.

Jacob Summers and his wife Angie have attended St. Joseph for about 10 years and attend daily Mass.

“I’m very excited. We don’t have to drive so far away,” said Jacob Summers, who lives down the road from the new community.

“I love a smaller community, the Mass is more intimate. It’s a big deal to see it from the ground up,” he said.

Father Robbins said it’s a sign of hope for the Church that new faith communities are opening in the state as opposed to other areas in the country that are closing church doors.

“It’s a sign that the Church is alive and well and thriving in Arkansas. It makes me wonder where else can we open a church in the diocese,” Father Robbins said. “Where else are there people that would support it?”

Who is St. Oscar Romero?

For those who do not know much about St. Oscar Romero, Bishop Taylor encouraged everyone to watch the 1989 movie “Romero” about the saint and former Salvadoran archbishop, who was martyred March 24, 1980, while saying Mass at Divine Providence Hospital in El Salvador. He was outspoken against poverty, violations of human rights and injustice in his country.

“Romero” is available on Amazon Prime Video or can be viewed on EWTN March 23 and 25.

Click here to ead Bishop Anthony B. Taylor's homily from the March 16 Mass.

Why do Catholics do that during Mass?