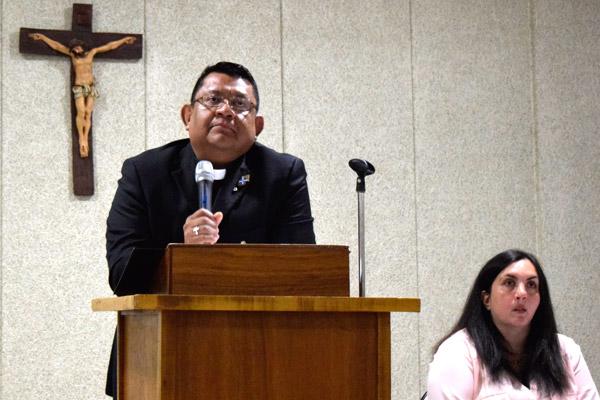 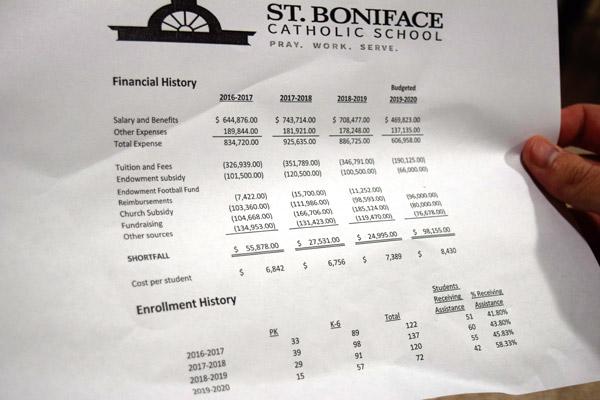 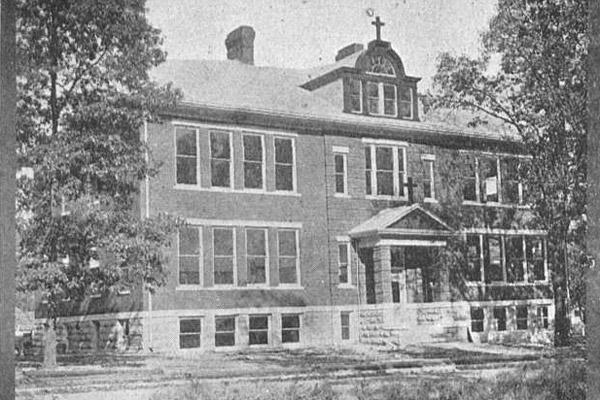 After 132 years, St. Boniface School will not open this fall 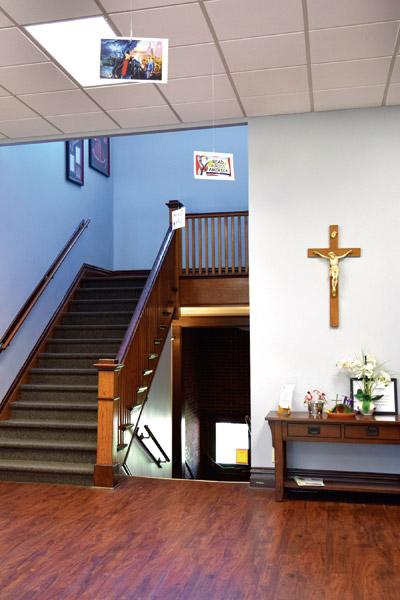 Jacqueline Burkepile
The front entryway of St. Boniface School in Fort Smith is quiet July 17 following a decision to close the school after 132 years.

Jacqueline Burkepile
The front entryway of St. Boniface School in Fort Smith is quiet July 17 following a decision to close the school after 132 years.

Six Catholic schools have closed in Arkansas over the past eight years.

FORT SMITH — St. Boniface School in Fort Smith publicly announced July 18 that it will not open its doors to students in August.

It was the oldest Catholic school in Fort Smith, operating for 132 years. When it was founded as a school for German Catholic families in the area, it was operated by sisters from St. Scholastica Monastery in Fort Smith and later Holy Angels Convent in Jonesboro.

A school with a similar history — St. Edward School in Little Rock — also closed this year.

The school hosted a town hall meeting with 250 parents and parishioners July 17. After consulting with Bishop Anthony B. Taylor, local pastors, principals and Theresa Hall, superintendent of Catholic schools, Father Jacobo said it was determined that the parish could no longer financially support the school.

During an emotional meeting at St. Boniface parish hall, the pastor told parents, staff and supporters, it was a “painful milestone in our history.” Bishop Taylor, Immaculate Conception Church pastor Father John Antony and Christ the King Church pastor Father Juan Guido were also present for the announcement.

Enrollment for the 2018-2019 school year was 120 students in pre-K to sixth grade, but as of July, only 72 students were scheduled to begin classes in August. Nearly 60 percent of the students had requested reduced tuition.

While the decision might have seemed abrupt to the parents and parishioners, the future of the school had been studied for the past 10 months as part of a citywide strategic plan for the Catholic schools. The plan recommendations were presented to the Fort Smith pastors and principals July 8. It was written to guide the four Catholics schools in the city to seek a collaborative solution to the challenges they face. The schools include Trinity Junior High, serving seventh-ninth grades; and three elementary schools, St. Boniface, Christ the King and Immaculate Conception. The report, written by the Institute for School and Parish Development, a well-known Catholic consulting firm, indicated that unifying St. Boniface School with Christ the King would be one option to consider.

“Even with substantial support from the endowment and private benefactors’ financial resources, it is not sufficient to ensure the long-term viability of the school,” Father Jacobo wrote in a letter to parents.

In an interview with Arkansas Catholic, the pastor said earnings from the endowment were given to the school each year but were not enough to cover the shortfall.

“If it wasn’t for the endowment, (the school) might have closed four years ago. It was critical,” he said. “It was very obvious that we were going to have to go into the church savings, and I didn’t want to put the church at risk.”

During the July 17 meeting, the pastor said, “The plain and simple reason for the school’s closing” is “there are insufficient funds to make payroll by July 31, and certainly not beyond.”

The financial impact was even clearer when it was noted that projected enrollment would have dropped 40 percent since last school year.

When Father Jacobo opened the floor for comments, some attendees quietly listened, while others began a heated debate of questioning and denunciation.

Bishop Taylor responded to the comments, explaining, “Father Mario is one of the kindest priests of our diocese … He tries his best to serve you and does so with generosity and kindness.”

The bishop rebutted arguments, adding that “the schools have got to be financially viable,” and St. Boniface “cannot move forward” in its current state.

“In terms of Catholic education, there are openings in Immaculate Conception and Christ the King Catholic Schools that will accommodate all of your children,” Bishop Taylor said.

Many parents and supporters concluded the meeting in sorrow and tears. However, one parent encouraged his St. Boniface community to leave with hearts of love, rather than anger.

“Brothers and sisters, I ask you, please do not let anger take control of you. Our family stays in Fort Smith because of our faith and friendships. You guys are beautiful people,” said the parent, who did not provide his name.

Father Jacobo thanked the parent for his encouraging words.

“We are all suffering together, but there is hope because we are neighbors,” Father Jacobo said. “Let not anger take hold of us and hope for a brighter future. ... Let us cry together. Let us comfort each other and walk this journey, wherever it might be.”

St. Boniface School employed a principal, six teachers and four staff members. Father Jacobo assured the community that surrounding Catholic schools will “work to find placements for the teachers, staff and students.” School employees may be offered “some form of severance package” if they cannot find a position.

Katie Kratzberg, development director at Christ the King School, said St. Boniface teachers and staff are being considered for the three teacher positions and one staff position they have open. The school has also talked with many families about enrolling.

“We want them to find a home here or at I.C., for sure,” Kratzberg said.

The school’s popular Lawn Social fundraiser will continue, now as a parish fundraiser, set for October.

“It is never easy to close a Catholic school, especially one with such a long tradition as St. Boniface,” the pastor wrote in his letter to parents. “We might take comfort in knowing that the legacy of St. Boniface School lives on in all of us that have entered the doors and have walked the halls. History and tradition of the school lives on in the generations of students who were formed in its classrooms.”

Malea Hargett and Jacqueline Burkepile contributed to this article.

Six Catholic schools have closed in Arkansas over the past eight years.