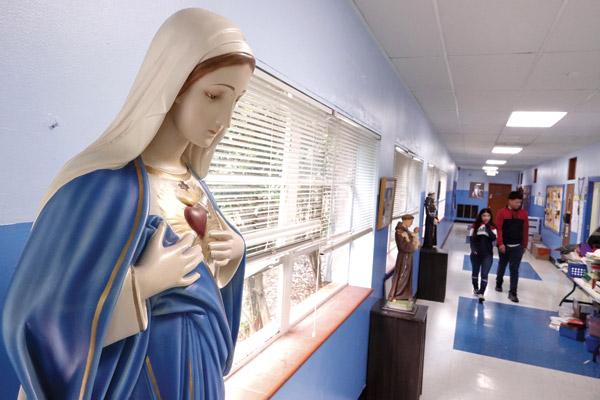 WASHINGTON -- News that officials in the Trump administration are considering “zeroing out” the number of refugees accepted by the United States brought an immediate outcry from Catholic and other faith-based agencies urging the government to reconsider such a move.

MEMPHIS, Tenn. -- The halls of the Jubilee Catholic Schools in Memphis, which opened 20 years ago, have been still.

The Catechism of the Catholic Church teaches that “genuine sacred art draws man to adoration, to prayer and to the love of God, creator and savior, the Holy One and sanctifier.” (No. 2502)  (Understanding our Church, Seeds of Faith)

What do you pray for and why?

Grace and appreciation can come after a terrible storm

Business was good. So good, in fact, that the family company had become one of the largest breweries in New England, producing 300,000 barrels a year and supporting two generations of Geisels in Springfield, Mass. (Columns)

The minimum wage debate reemerged this summer when U.S. House of Representatives passed a bill to increase the federal minimum wage to $15 an hour by 2024. (Editorial)

Guardians for the future of the Church