Maria Goretti Network: A safe place for healing after abuse

All abuse victims and relatives welcome to Sept. 27 meeting in Conway 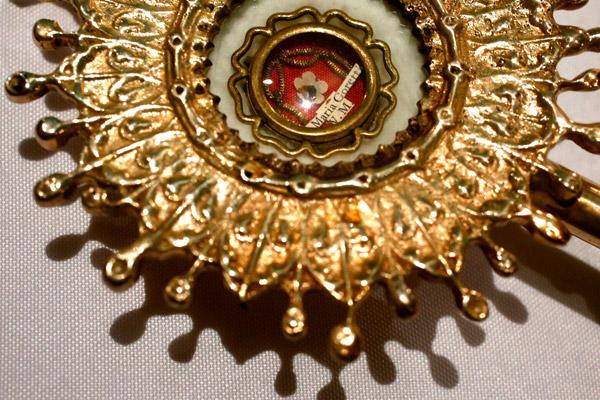 Courtesy Miguel Prats
A relic of St. Maria Goretti, patron saint of abused children and rape victims, is shown here. The Diocese of Little Rock plans to start a chapter of the Maria Goretti Network, a support for victims of any type of abuse.

Courtesy Miguel Prats
A relic of St. Maria Goretti, patron saint of abused children and rape victims, is shown here. The Diocese of Little Rock plans to start a chapter of the Maria Goretti Network, a support for victims of any type of abuse.

An informational meeting regarding the start of a Maria Goretti Network chapter, for survivors of any kind of abuse, is Friday, Sept. 27 from 6:30 p.m. to 8 p.m. at St. Joseph Church in Conway. The meeting is open to anyone who is interested in learning more.

In a world filled with vengeance, support for abuse victims of any type to find hope and forgiveness is in short supply.

The Diocese of Little Rock is moving to fill in the gap by starting a Maria Goretti Network chapter at St. Joseph Church in Conway, aimed at accompanying victims on their journey of healing.

MGN was founded June 4, 2004, in Katy, a suburb of Houston, Texas. The organization is under St. Maria Goretti, the patron saint of abused children and rape victims. Alessandro Serenelli tried to rape her when she was 11 years old. He then stabbed her 14 times and fled. Before she died from her injuries on July 6, 1902, she forgave her attacker. While he was in prison, Maria appeared to him in a dream, which led to his conversion. St. Maria was canonized in 1950.

“It creates a safe place for people to tell their story and most importantly to be believed, supported and encouraged. The Holy Spirit does all the work. We just created the place and atmosphere to do it,” said Miguel Prats, manager of the network, who lives in Katy.

Father Tony Robbins, pastor at St. Joseph, was asked by Bishop Anthony B. Taylor to be the chapter’s spiritual advisor. They hope to hold the first meeting this fall, but Prats and Father Gavin Vaverek, JCL, co-founder and vice president from Wills Point, Texas, will present an informational meeting Friday, Sept. 27 from 6:30–8 p.m. in the parish.

“It’s mainly the bishop’s desire to provide help and a way in which we can respond directly to people who have suffered abuse of any kind, regardless of by who. It’s a way for the Church to give the expression of God’s compassionate love for the world,” Father Robbins said. “So many people are suffering from abuse, and there’s no place for them to go to receive healing for that directly. There’s nothing available that says, ‘Hey have you been abused? This is where you can go to find healing and to see that you’re not alone in your suffering.’”

The meetings, which will last 90 minutes, will be led by two lay leaders who have suffered past abuse. One leader has already been chosen, Father Robbins said. It is open to Catholics and non-Catholics, including nonbelievers, Prats said. Meetings include time for prayer, introductions, personal sharing among men’s and women’s small groups and group discussion on healing and forgiveness, according to its website, mgoretti.org.

While the Sept. 27 meeting is open to anyone interested in learning about MGN, the chapter meetings will be for only abuse victims and their family members.

“There are many more people than we know that have suffered abuse when they were a child and not just sexual abuse, verbal, physical abuse, neglect,” Father Robbins said. “… There’s just a need all around for people to find compassion and someone to listen to them ...”

Prats, 67, was abused at 5 years old by an adult with intellectual disabilities and as a teenager by a priest. He struggled with drug addiction — “I overdosed on heroin twice” — and said he was the typical guy in the 1960s, “sex, drugs, rock ’n’ roll.”

“I made a lot of mistakes growing up. I hurt some very, very good people, mostly women,” he said, adding that he has “repented and been redeemed,” but still struggles with PTSD.

In 2002, when the Boston Globe broke the story of clergy sexual abuse and cover-ups within the Catholic Church, Prats said a light bulb went off, realizing he blocked his memories of abuse.

“In my mind, it was going to take people inside and outside of the Church to affect change. I came to find out rather quickly that people were very ugly to me because I wanted to remain in the Church. The focus was not healing; it was change in the Church,” he said of outside support groups.

He brought the idea to Father Vaverek in 2004 and MGN was founded. There are 10 chapters, most in Texas.

“It means everything in the world to me because my life had no purpose,” Prats said.

He’s seen healing grace countless times, when angry or pained faces walk in and leave with a smile, knowing they are not alone.

“The main thing I want to make clear to people it is not just sexual abuse. No matter what form it took … We have people who have come to meetings who were beaten as children, women who were abused mentally, emotionally, physically. I want people to know that the Church does offer something more than thoughts and prayers for any victims of abuse,” Prats said.

An informational meeting regarding the start of a Maria Goretti Network chapter, for survivors of any kind of abuse, is Friday, Sept. 27 from 6:30 p.m. to 8 p.m. at St. Joseph Church in Conway. The meeting is open to anyone who is interested in learning more.