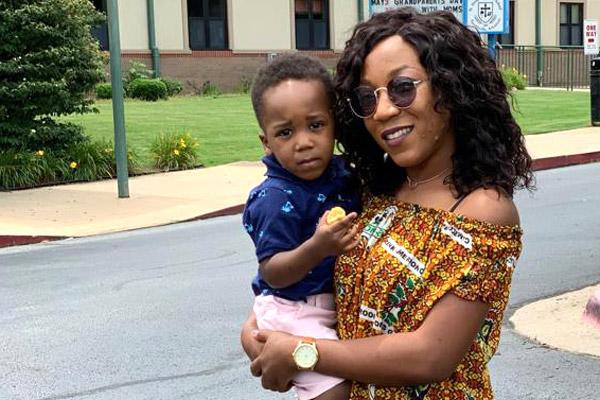 What social justice issue are you passionate about? Why?

Stephanie Djimbi Dooh sees Jesus in the faces of the 1- to 3-year-olds she cares for as a childcare worker.

“I consider kids like angels because kids they don’t lie, they’re genuine,” she said. “They help me understand that life is not about what we think or see, we think about money and material things, but when a child talks to you in a very genuine way, sometimes they say really random stuff, but I feel like Jesus is talking to me through them.”

The 30-year-old single mother of soon-to-be 2-year-old Elohim, works two jobs, the other as a caregiver. She joined St. Joseph Church in Fayetteville during Easter Vigil after coming to the United States in 2017 as a refugee while seven months pregnant, through nonprofit Canopy NWA. Originally from Cameroon, she went to school in Algeria, earning a bachelor’s degree in English literature.

“It’s not really safe because of racism or your religious beliefs,” she said.

“When I came here the first thing I asked was to go to the Catholic church … Going to church I was feeling really peaceful; that’s what I want for me and my child.”

While work and her son keep her busy, she prays each morning and is trying to commit the rosary to memory.

“Pray; do not expect anything, but for sure everything is going to happen … it’s God’s time. As a refugee I would say all the refugees all over the world need to have deep faith and live that,” Dooh said.

What social justice issue are you passionate about? Why?

Click for the 15 Catholic young adults who inspire us, 2019 index