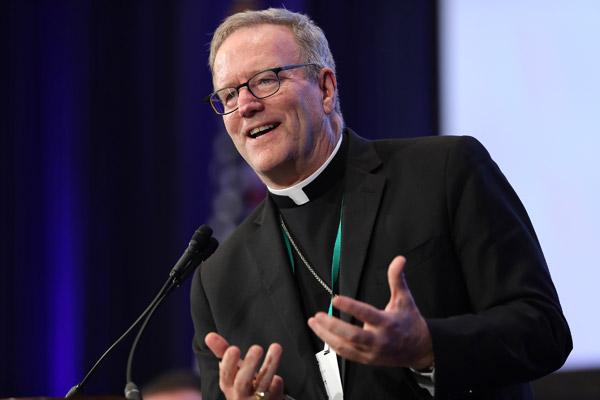 Barron: Five steps to bring people back to the Church

BALTIMORE -- Auxiliary Bishop Robert E. Barron of Los Angeles did not just bemoan the fact many young people are leaving the Catholic Church. He said Church leaders need to make it a priority to bring them back.

What fear has God helped you overcome?

“On a personal level, the way I found out I was born and how I was born really hits me hard. I found out that I was actually supposed to be paralyzed. I was born three months before I was supposed to and the doctors said I was going to die … Sixteen years later, here I am. I do have some minor ...” (Youthspeak, Seeds of Faith)

St. Barbara was an early Christian Greek saint and martyr whose feast day is celebrated Dec. 4. In an old custom, Czechs and Slovaks broke off a cherry tree branch, according to “The Catholic Source Book,” and would display the branch on ... (Seeds of Faith)

We must engage 30 million Hispanics now

The alarms went off -- again -- in October 2019 as the Pew Research Center reported on a recent survey indicating a fast and steady decline of people in the United States self-identifying as Christian. (Columns)

New insights about necessity of purgatory

The Nov. 16 issue of Arkansas Catholic contained material about purgatory, a subject that many of our Protestant brothers do not believe. If you truly give it some thought, I think you would be glad there is such a state. However, I think too much emphasis is placed on ... (Letters to the Editor)

Respect, listening are keys to 2020 election

As we are less than one year before the presidential election, is there a way that we could imitate Jesus more as we dialogue about the candidates and issues? (Editorial)