After aunt's death, Juan and his family went through a conversion 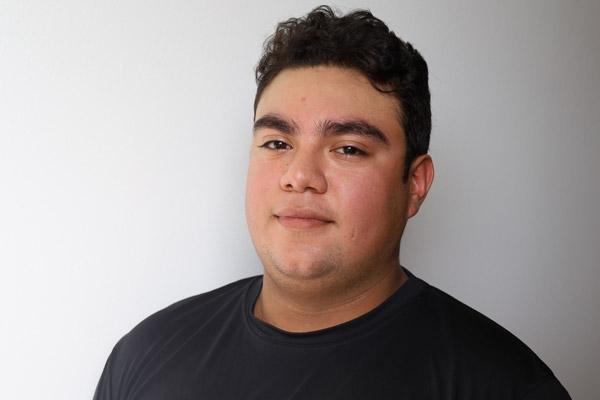 Q&A: What important figure, dead or alive, would you like to meet and why?

Professional bull rider J.B. Mauney, because after his first injury in the Professional Bull Riders, he was determined to continue. Soon he began to ride again and didn’t give up and soon became a two-time world champion.

A few years ago, Juan Mares wouldn’t have been caught dead leading youth ministry or the other ways he serves his home parish, St. Theresa Church in Little Rock. The 2020 Catholic High graduate said during most of his life, his faith was “cold.”

“The only times I went to church was when I spent the night at my aunt’s house,” he said. “The entire family never really went to church and, if we went, it was for a certain occasion or when she asked all of us to go.”

Aunt Genoveva Mares Moreno never stopped working to evangelize the family, so much so that when she died a few years ago, it proved a major turning point in their spiritual lives.

“When my aunt passed away, it was like a full conversion for the entire family,” Juan said. “... That was where it started.”

In 2017 his father Juan C. Mares and his mother Flora were accepted into the diaconate program. Juan continued his spiritual rebirth by attending a Búsqueda retreat, which made him want to lead a youth group at his parish. Finding none, he decided to take matters into their own hands.

“I kept asking around and I went to different groups and, for some reason, I didn’t find what I was looking for,” he said. “That’s when I started a youth group at St. Theresa’s with one of my friends.”

The group, serving youth ages 14-18, grew rapidly and gave him the chance to lead others to strengthen their faith.

“As a teen, we share the same sort of feelings and similar life experiences,” said Mares, 18, who leaves this fall to join the U.S. Marines. “We understand each other better than talking to an adult. You could say that as young kids, we have our own language.”

Q&A: What important figure, dead or alive, would you like to meet and why?

Professional bull rider J.B. Mauney, because after his first injury in the Professional Bull Riders, he was determined to continue. Soon he began to ride again and didn’t give up and soon became a two-time world champion.

Click for the 15 Catholic young adults who inspire us, 2020 index