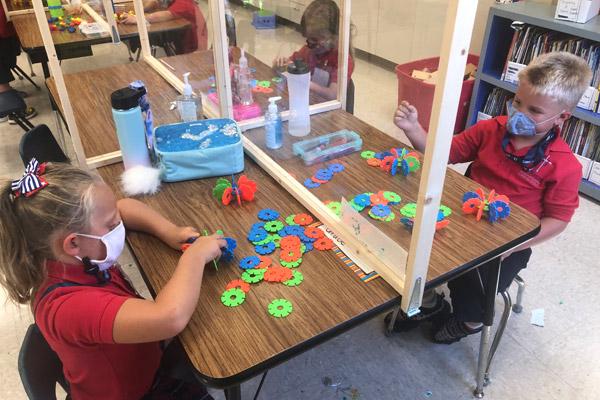 FAYETTEVILLE -- St. Joseph School in Fayetteville has done something most schools haven’t been able to achieve.

It was named a National Blue Ribbon Exemplary High Performing School in 2014 and named to the list again Sept. 24. St. Joseph is the first nonpublic school in the state to be a repeat winner.

An online celebration is planned for Friday, Oct. 16 at 2:30 p.m. on Zoom. State and local dignitaries as well as faculty and staff will share their congratulations.

St. Joseph’s high standardized test scores qualified the school to submit an application to the Council for American Private Education highlighting the school’s operations, including professional development, leadership and community and family involvement. Once approved, CAPE recommended St. Joseph to the U.S. Department of Education as one of only 50 nonpublic schools to be considered for the award. St. Joseph was chosen based on the criteria of schools whose students score in the top 15 percent nationally in both reading and mathematics on national tests.