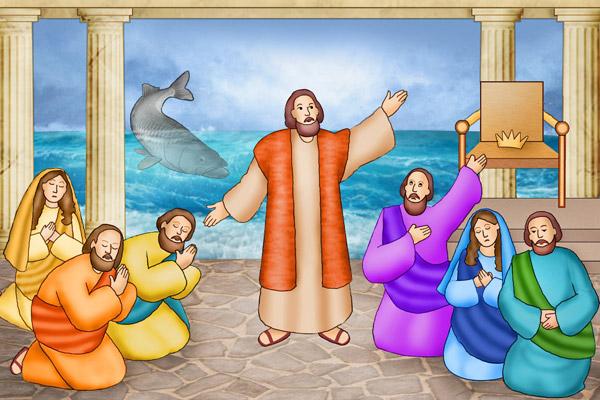 Acts of God? Loving Father does not cause bad things to happen

In July 1803, Lord Ellenborogh in London ruled that insurance carriers were not responsible for damage caused by “Acts of God.” (Understanding our Church. Seeds of Faith)

Q. My home state recently made national news with the decision to go forward with the executions of several inmates on death row.  (Question Corner, Seeds of Faith)

What does being holy mean to you?

“To me, being holy means that you aren’t perfect, but you strive to be like Jesus in every way. It means that you try to make the best Catholic version of you possible. Being holy isn’t about …" (Youthspeak, Seeds of Faith)

St. Felix of Nola was born near Naples, Italy, in the third century. He was the son of a Syrian-born Roman soldier. He was ordained a priest by St. Maximus of Nola. (Kid's Chronicle, Seeds of Faith)

St. Joseph: What I hear when the ‘silent saint’ speaks to me

The silence of St. Joseph made me struggle to relate with him for years. I had always admired him as Jesus’ earthly father, husband of Mary and a “righteous man” worthy of imitation. However, for someone who experienced daily life in the Holy Family, he seems to be a silent mystery, and I was hoping for the inside scoop. (Columns)

A plea to fellow Catholics for the year 2021

About a month ago, I participated in an online conversation about civility and talked about the growing polarization plaguing our society. Too often, fruitful debate and compromise are giving way to fanaticism and intolerance when it comes to addressing our nation's most pressing problems. (Guest commentary)

Federal executions need to be stopped

Some positive news came from 2020. For the sixth straight year, death sentences were fewer than 50 in the United States and fewer than 30 people were executed. (Editorial)