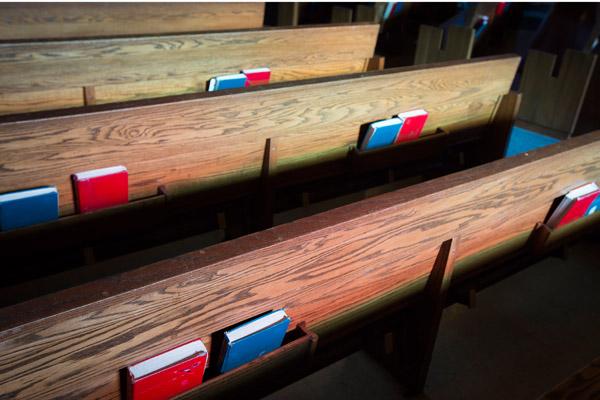 After pandemic year, what is left to give up?

WASHINGTON -- Since childhood, the typical U.S. Catholic's response to Lent is giving up, as in "What are you giving up for Lent?"

Pope in Iraq: Hostility, violence are 'betrayals' of religion

UR, Iraq -- Traveling to the birthplace of Abraham, Pope Francis urged believers to prove their faith in the one God and father of all by accepting one another as brothers and sisters.

How parishes should plan now to welcome members back

WASHINGTON -- Even with many recent hopeful signs on vaccinations and the reduction in the number of COVID-19 cases, there is no date certain at which the coronavirus pandemic will be declared over.

Can my divorced sister receive Communion?

Q. I have a sister-in-law who thinks that she cannot receive holy Communion after a divorce. She had been married for 28 years. She was married in a Catholic Church ceremony officiated both by a priest and a minister — the man she married was a Protestant. He breached the marriage vows, had an affair and wanted a divorce. … She would love to be able to receive the Eucharist but thinks that she cannot since she is divorced. Can you clarify the teaching on this? (Question Corner, Seeds of Faith)

In a recycle-reuse world, don’t throw away people either

My Gen Z daughter carries a water bottle and a bento box to work. She only buys clothing at second-hand stores because she believes there is just too much waste in the world. (Columns)

VATICAN CITY — Pope Francis summarized his "pilgrimage of faith and penitence" to Iraq in a prayer. (Analysis)

Five good things from the past 12 months

The past 12 months have taken so much from us: loved ones, jobs, hugging, graduations, weddings, dinners with friends, concerts and plays. (Editorial)

Subscribe to Arkansas Catholic and get the latest news

Arkansas Catholic is your source for faith-filled news

Award-winning Arkansas Catholic has news you can trust